AncientPages.com - Scientists have discovered an ancient secret tunnel beneath the Pyramid of the Moon in Mexico’s Teotihuacan.

Teotihuacán is an ancient site where the circumstances of its destruction are not entirely clear. The people who created it are completely unknown, and no satisfactory explanation has ever been found for what appears to have been the sudden decline of the city. 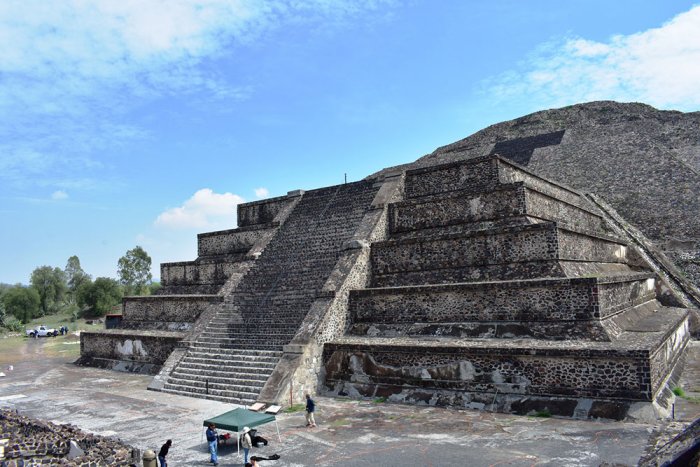 Twelve small pyramid platforms surround the Plaza of the Moon, large enough perhaps for thousands of the early residences to witness the sacrificial rituals played out from the Pyramid of Moon. In the center of the plaza is a singular bold altar.

With help of CT scans, researchers from the National Institute of Anthropology and History say they have located a tunnel about 30 feet (10 meters) below the surface of the plaza in front of the pyramid.

"The function of the tunnel may have been to reproduce the underworld, a world where life, animals and plants originated. It's possible that it was used purely for rituals, as part of ceremonies to celebrate the agricultural cycles," archaeologist Veronica Ortega, who was involved in the discovery, said. 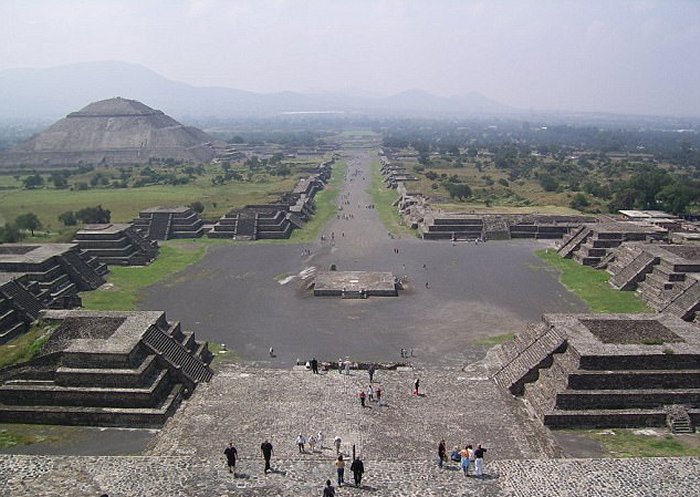 The newly  tunnel runs from the center of the Plaza de la Luna to the Pyramid of the Moon, in the Teotihuacan. This image was taken from the top of the pyramid.

According to Denisse Argote Espino, of the Directorate of Archaeological Studies of INAH, preliminary images suggest the tunnel goes from the center of the square to the Pyramid of the Moon.

Further studies must be conducted to obtain a better definition of the features below the surface. The ruins of Teotihuacan still have plenty of secrets left to reveal.