AncientPages.com - An 11,500-year-old skeleton discovered in Alaska raises new questions about who inhabited North America in the distant past.

Examination of the skeleton shows North America was settled by a previously unknown people who lived in the country, created several settlements and later mysteriously vanished.

The 12,700-year-old Anzick Child, the oldest genome ever found in the Americas. This is the second-oldest human genome ever found on the continent and it belongs to a young child, a girl who was just six weeks old when she died.

Scientist say there has never been any ancient Native American DNA like it before and hailed the genetic evidence as a milestone. 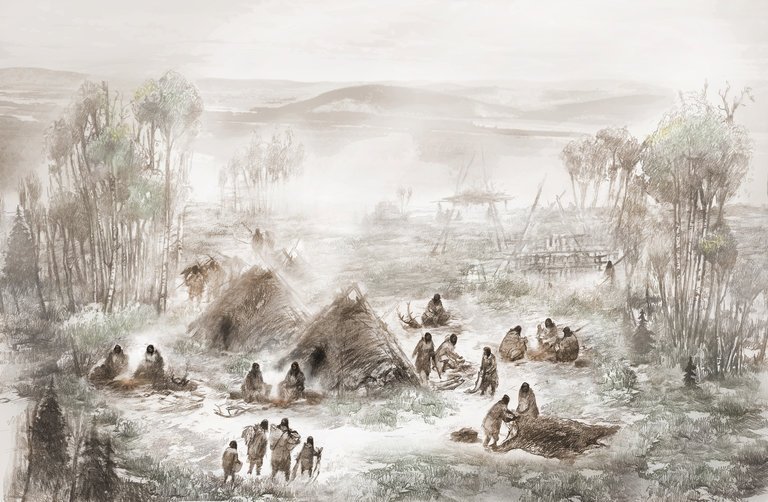 An illustration of ancient Native Americans in what is today called the Upward Sun River site in central Alaska. The 12,000-year-old skeleton of an infant girl found there offers genetic clues to how people arrived in the Americas. Credit Eric S. Carlson

The study strongly supports the idea that the Americas were settled by migrants from Siberia and the genetic results shed new light on how people, among them the ancestors of living Native Americans first arrived in the Western Hemisphere.

It seems that these unknown people belonged to a group that split off from other Native Americans just after, or perhaps just before they arrived in North America.

“It’s the earliest branch in the Americas that we know of so far,” said Eske Willerslev of the University of Copenhagen, a co-author of the new study. As far as he and other scientists can tell, these early settlers endured for thousands of years before disappearing.

Archaeologists also discovered cremated bones of a 3-year-old child that died about 11,500 years ago.

Each of the children had a type of mitochondrial DNA found also in living Native Americans. So, it’s evident these people were related with native Americans. 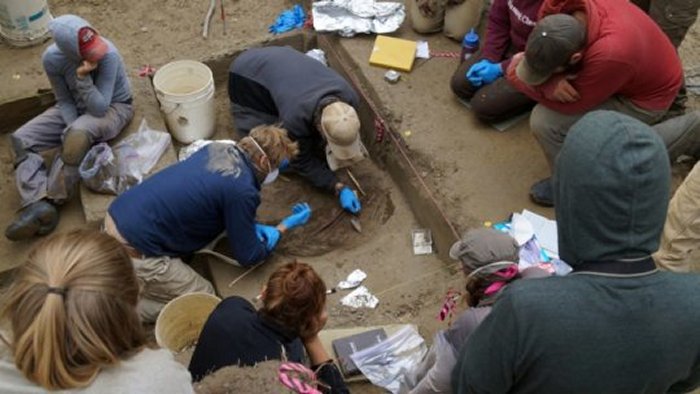 The baby girl named Xach’itee’aanenh T’eede Gaay (“sunrise girl-child,” in Middle Tanana, the dialect of the local community) part of a previously unknown population that diverged genetically from the ancestors of Native Americans about 20,000 years ago. They now call these people Ancient Beringians. Beringia refers to Alaska and the eastern tip of Siberia, and to the land bridge that joined them during the last Ice Age.

According to scientists, ancestors of native Americans came originally from Asia and they share a distant ancestry with Chinese people. In the new study, the scientists estimate those two lineages split about 36,000 years ago.

New Evidence Reveals That Humans Settled In Americas At Least 13,000 Years Ago

DNA reveals that about a third of living Native American DNA can be traced to a vanished people known as the ancient north Eurasians. 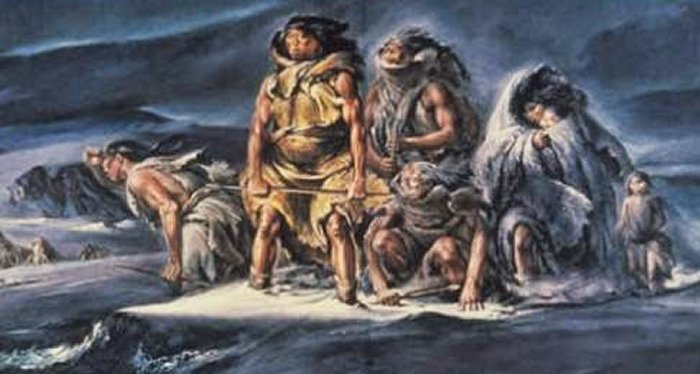 What happened to the Ancient Beringians is unknown.

According to Dr. Ben A. Potter, at the University of Alaska Fairbanks the mysterious earliest settlers of this hemisphere didn’t arrive in a single migration. Instead, the Ancient Beringians and the ancestors of the tribes we know today took separate journeys. “Even if there was a single founding population, there were two migrations,” he said.

"It would be difficult to overstate the importance of this newly revealed people to our understanding of how ancient populations came to inhabit the Americas," Dr. Potter said. "This new information will allow us a more accurate picture of Native American prehistory. It is markedly more complex than we thought."

Dr. Potter admits he doesn’t know what happened to the Ancient Beringians, but perhaps will help of more DNA studies we can learn the truth about their fate soon.