Conny Waters - AncientPages.com - Archeologists from two Israeli universities, accompanied by colleagues from Le Centre National de la Recherche Scientifique in France have found evidence of what may be the earliest-known use of symbols.

The symbols were detected symbols on a bone fragment in the Ramle region of central Israel and are presumed to be approximately 120,000 years old. 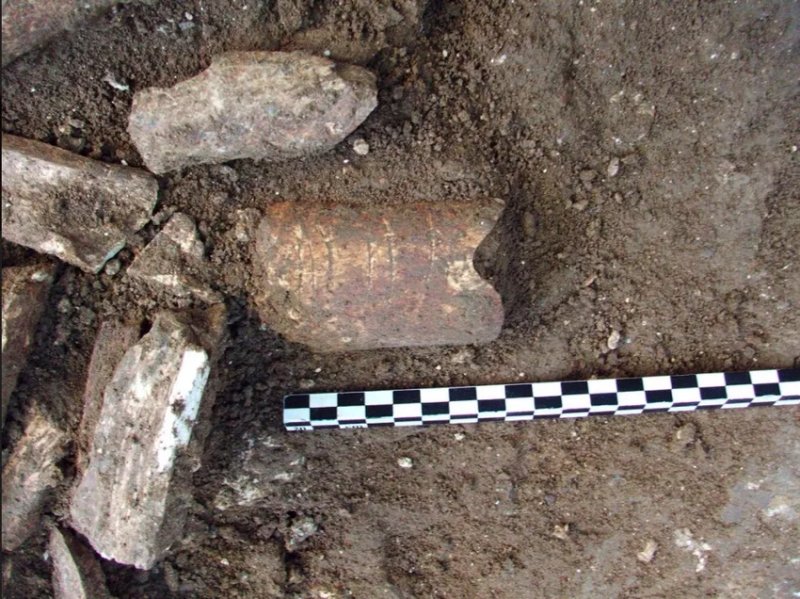 Bone fragment with what are thought to be 120,000-year-old markings etched onto it from Ramle, Israel. Image credit: Dr Yossi Zaidner/HUJIA

It has long been assumed that etchings on stones and bones have been used as a form of symbolism dating back as early as the Middle Paleolithic period (250,000-45,000 BC).

Remarkably the fragment remained largely intact and the researchers were able to detect six similar etchings on one side of the bone, leading them to believe that they were in the possession of something which held symbolic or spiritual significance.

Dr. Yossi Zaidner of the Institute of Archeology at Hebrew University says that the site was likely used as a camp or a meeting place for Paleolithic hunters, and adds that the identified bone is believed to have come from an extinct large wild cattle, a species which was very common in the Middle East at that time.

Dr Iris Groman-Yaroslavski from the University of Haifa explained, “Based on our laboratory analysis and discovery of microscopic elements, we were able to surmise that people in prehistoric times used a sharp tool fashioned from flint rock to make the engravings.” 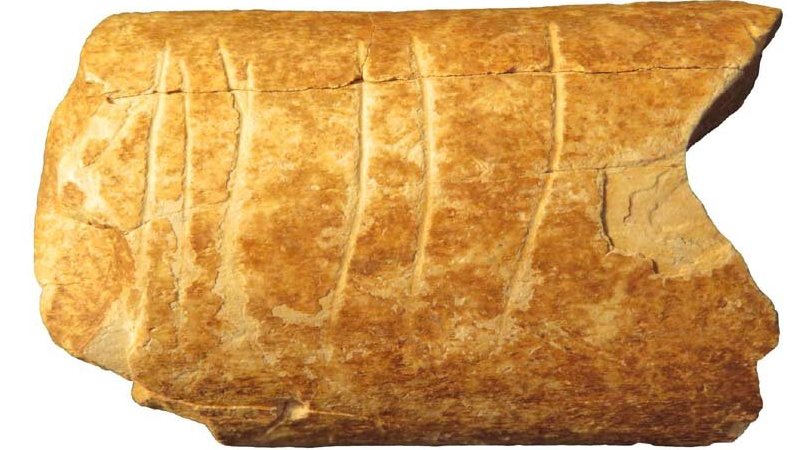 Photograph of the bone and the engravings. Credit Marion Prévost

The paper's authors stress that their analysis makes it very clear that the engravings were definitely intentionally man-made and could not have been the result of animal butchering activities or natural processes over the millennia. They pointed to the fact that the grooves of the engravings discovered are in a clear U-shape and wide and deep enough that they could not have been made by anything other than humans intent on carving lines into the bone.

The analysis was also able to determine that the work was performed by a right-handed craftsman in a single working session.

"This engraving is very likely an example of symbolic activity and is the oldest known example of this form of messaging that was used in the Levant,” the authors of the paper said.

The choice of this particular bone was related to the status of that animal in that hunting community and is indicative of the spiritual connection that the hunters had with the animals they killed, according to the team.

Tags:bone etchings, Etchings, Use of Symbols