AncientPages.com - A secret escape tunnel built by the Crusaders in their fortress in Tiberias, 800 years ago, has been discovered by the Israel Antiquities Authority archaeologists.

It is believed the tunnel was used to flee attacking Muslim armies besieging Tiberias. It provided safe passage from the fortress to the Sea of Galilee. 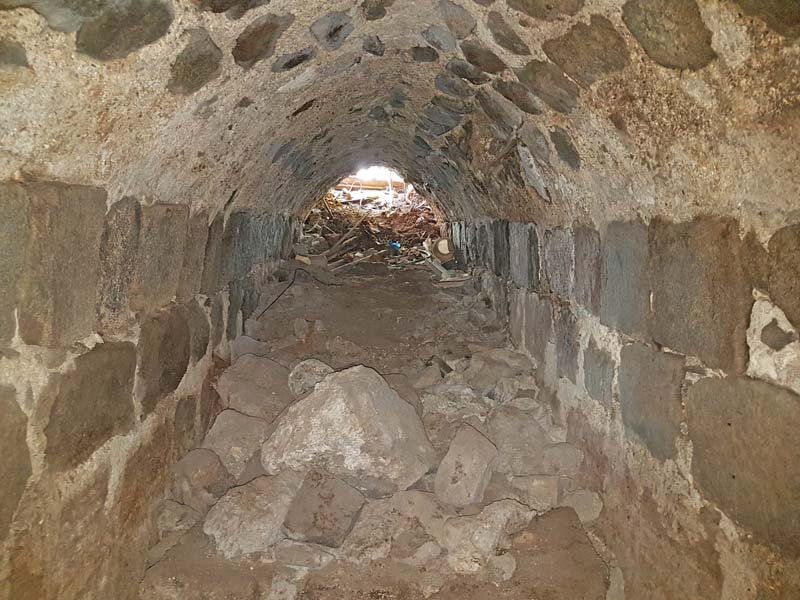 According to Joppe Gosker, Director of the excavation on behalf of the IAI, “the tunnel we discovered may very likely have been a secret passage leading to the harbor of Tiberias, which we know about from Crusader historical sources.”

These sources describe the siege imposed by the Muslim General Saladin on the citadel in July 1187, in which Princess Eschiva, wife of the knight Raymond of Tripoli, was confined. Raymond directed his wife to escape to the harbor and board a ship where she would stay until he came to rescue her," reports Jewish Press.

“It seems that the tunnel we revealed led from the citadel to the sea, and probably provided a safe route for a maritime escape in times of danger.” Gosker explained. “The general plan of the citadel built by the Crusaders on the shore of the Sea of Galilee in the twelfth century is known from previous excavations, and today one can see the citadel’s gate and the remains of several of its walls in Tiberias.” 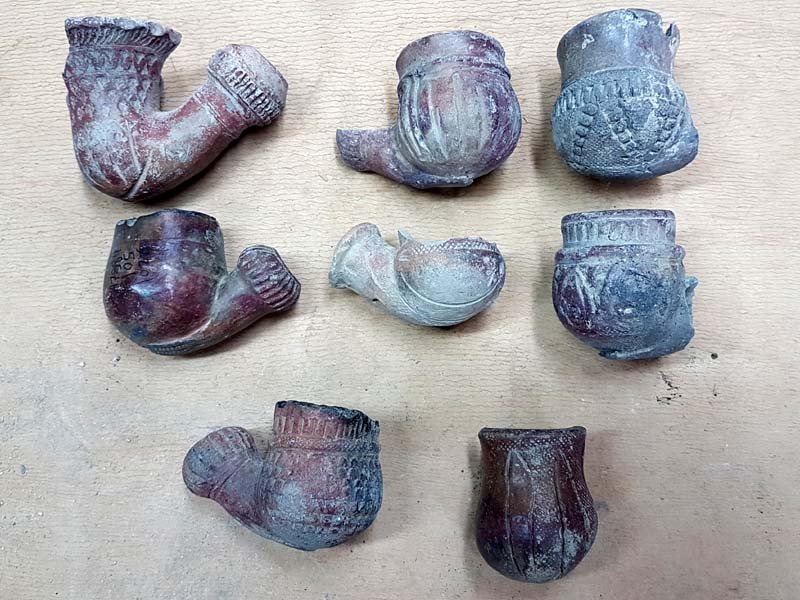 Clay tobacco pipes dating to the Ottoman period that were exposed in the excavation. / Photo credit: Yair Amitzur, IAI.

The famous Battle of Karney Hittin that was fought on July 4, 1187, resulting in the defeat of the Crusader Kingdom by Saladin’s army, was a direct outcome of the events in Tiberias.

Gosker noted that “in addition to the finds from the Crusader period we also discovered during the excavation of the site remnants of Ottoman walls and floors, as well as numerous tobacco pipes.”

Haaretz informs that "whoever else used the tunnel to sprint between the harbor and the castle, one such was reportedly Princess Eschiva of Bures."

1,500-Year-Old Marble Slab With Inscription Found On East Coast Of Sea Of Galilee

"The princess had remained in Tiberias while her husband, Sir Raymond III of Tripoli, was off fighting the Muslims in Zippori (which the Romans called Sepphoris and others called Saforie) in uneasy alliance with Guy of Lusignan, the Crusader King of Jerusalem."

The Crusader era in Israel was a messy one, rife with rivalries between the Crusader leaders themselves, and rickety alliances. Be that as it may, the infamous Battle of Hattin by Tiberias of July 4, 1187, where Saladin crushed the Crusader Kingdom of Jerusalem, was a direct outcome of the princess' flight and the developments in Tiberias, which had been controlled by said Raymond III until then.

It is known that the Crusader citadel in Tiberias was built in the 12th century. It has been known from ancient historical sources however, its location had been long debated.