Conny Waters - AncientPages.com - Archaeologists have unearthed the skeleton of a teenage girl who was buried at the ancient Tepe Ashraf in Isfahan, during the Parthian-era (247 BC – 224 CE.

The place of this burial is only ten meters away from the remains of a  woman in a tomb located nearby and dated to the same period," informed senior archaeologist Alireza Jafari-Zan, adding that the girl is buried in the form of an open arch and on the ground. 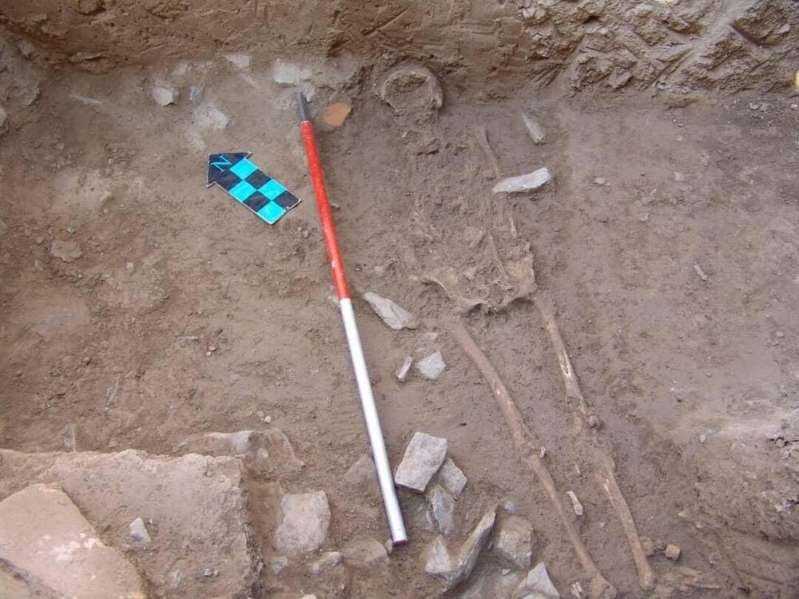 “Around the burial of this teenaged Parthian girl, a stone hedge was erected and a platform was set up." Image credit: Tehran Times

"Evidence shows that the body belonged to a teenager of about 12 to 13 years old with a height of about 160, but unfortunately the skeleton is damaged due to high humidity,” the archaeologists said.

Now, the researchers believe they located an ancient cemetery.

“It is clear from the burial that the tomb was designed based on a special ritual. Next to this corpse, there was a platform on which the remains of a large broken jar and a part of a horse's spinal cord were placed,” Jafari-Zand said.

“Around the burial of this teenaged Parthian girl, a stone hedge was erected and a platform was set up. Remnants of this type of platform had already been found in the Parthian lady's grave and a blue-colored jug was placed on it. The archaeologist believes that due to the confusion of architectural evidence and objects of these two tombs, the tombs were probably opened in very distant history."

Earlier this year, an ancient burial containing the remains of a horse -- estimated to be four years old was found near a place where a giant jar-tomb was unearthed weeks ago, which researchers believe could shed new light on ancient human life in Isfahan.

“Tepe Ashraf is the second place after the Tepe Sialk (in Isfahan province) that has yielded the discovery of such jar tombs that offers valuable clues to uncover the obscure history of pre-Islamic Isfahan,” according to the archaeologist, whose team also unearthed a reconstructed part in the ruins of the castle. It is believed that the structure - discovered when excavations at Tepe Ashraf started in 2010 - was once used by the Buyid dynasty (945–1055). 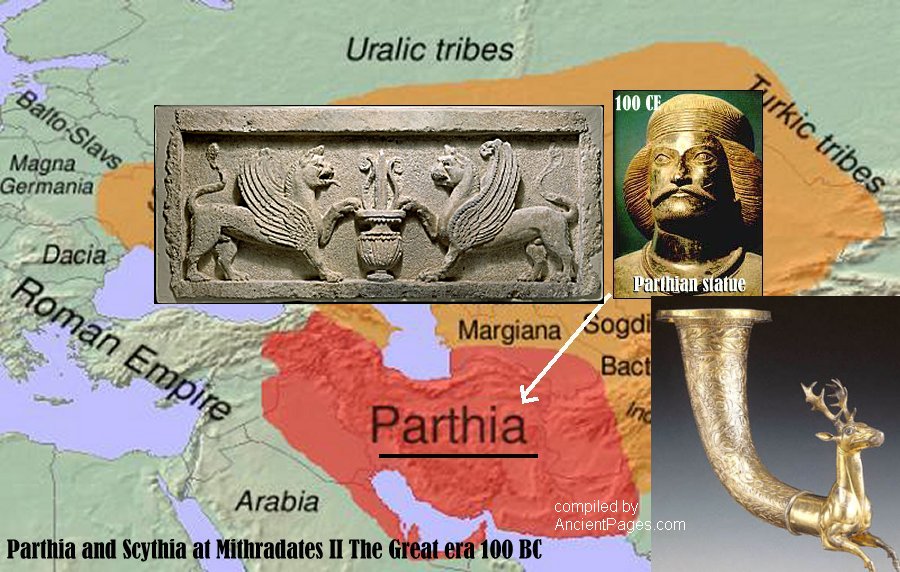 The Parthian Empire (247 BC – 224 CE), also known as the Arsacid Empire, was a major Iranian political and cultural power in ancient Iran. Arsaces I of Parthia, was a leader of the Parni tribe, who founded the country in the mid-3rd century BC when he conquered the region of Parthia in Iran's northeast, then a province in rebellion against the Seleucids.

Mithridates I of Parthia greatly expanded the empire by seizing Media and Mesopotamia from the Seleucids. At its height, the Parthian Empire stretched from the northern reaches of the Euphrates, in what is now central-eastern Turkey, to eastern Iran. As located on the Silk Road trade route between the Roman Empire in the Mediterranean Basin and the Han Empire of China, the empire became a center of trade and commerce.

At its height, the Parthian Empire stretched from the northern reaches of the Euphrates, in what is now central-eastern Turkey, to eastern Iran.