AncientPages.com - A large collection of boat coffin tombs dating back 2,200 years has been discovered by Chinese archeologists at a construction site in Feihu Village, Pujiang County in southwest China's Sichuan Province.

The discovery was made in September 2016 and in mid-January, the excavation has revealed as many as 47 tombs. 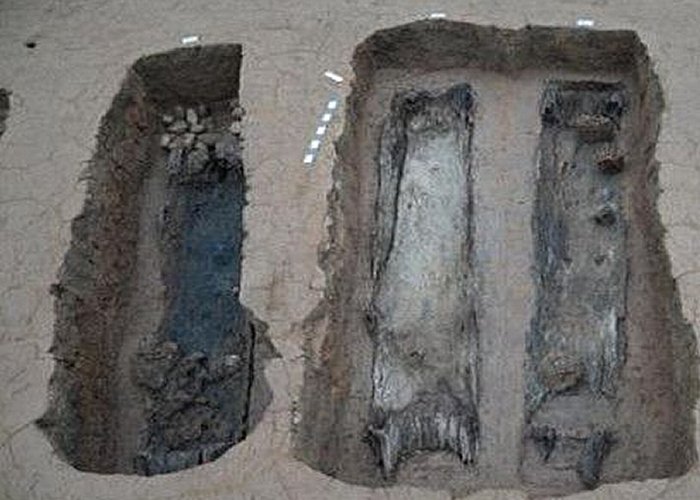 The boat-shaped coffins, which have already been found in Pujiang seven times, are four to seven meters long and made of nanmu, a rare kind of wood (the so-called imperial timber) used frequently in China.

For example, in the Ming Dynasty, special groups were sent to dangerous, uninhabited regions of the south of China, to collect nanmu. 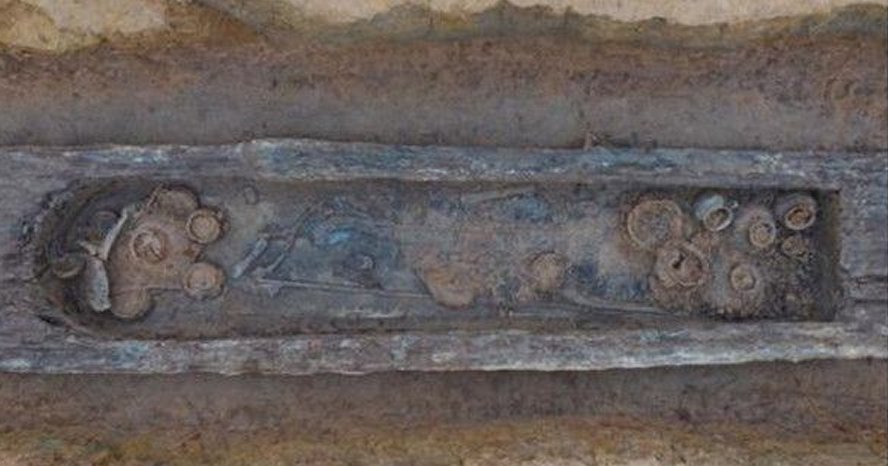 The tombs uncovered recently, belonged to the indigenous Shu culture and contains elements of the Chu and Qin cultures. Pujiang County was part of the Shu Kingdom, which has no written record of its history.

In addition, archaeologists orkers found more than 300 pieces of pottery, bronze, iron and bamboo as well as weapons, coins and 11 seals, said Gong Yangmin, of the Chengdu Cultural Relics and head of the excavation team, informed Xinhua News Agency.

Two excavated tombs were well preserved, and in one of them, workers found ten bamboo baskets of well-preserved grain and a delicate string of glass beads on the waist of the tomb owner, showing his high status.

"Glass beads like dragonfly eyes were exotic at the time. They were probably imported via the Silk Road," said Gong.