Jan Bartek - AncientPages.com - While excavating at Giza's Saqqara necropolis, archaeologists made a surprising discovery. A team of Egyptian archaeologists headed by Mostafa Waziri, Secretary-General of the Supreme Council of Egyptian Antiquities, unearthed ancient pottery dating back to the 26th dynasty of ancient Egypt (664–525 B.C). Inside the vessels scientists found 2,600-year-old blocks of white cheese! 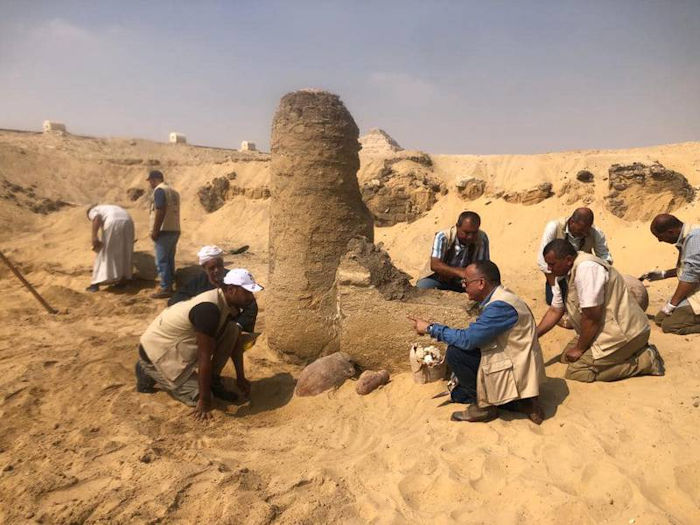 As explained earlier on AncientPages.com, the black basalt slab known as the Rosetta Stone was found by French artillery officer Boussard during Napoleon Bonaparte's Egyptian campaign in 1799 and helped to solve the riddle of Egyptian hieroglyphs.

Waziri explained the ancient Egyptians called white cheese "Haram," which during Coptic times changed to the word "Halloum" and is now known as "Halloum cheese."

He pointed out that another set of pots is still completely closed, and the mission will open them in the coming days to find out what secrets they contain inside. 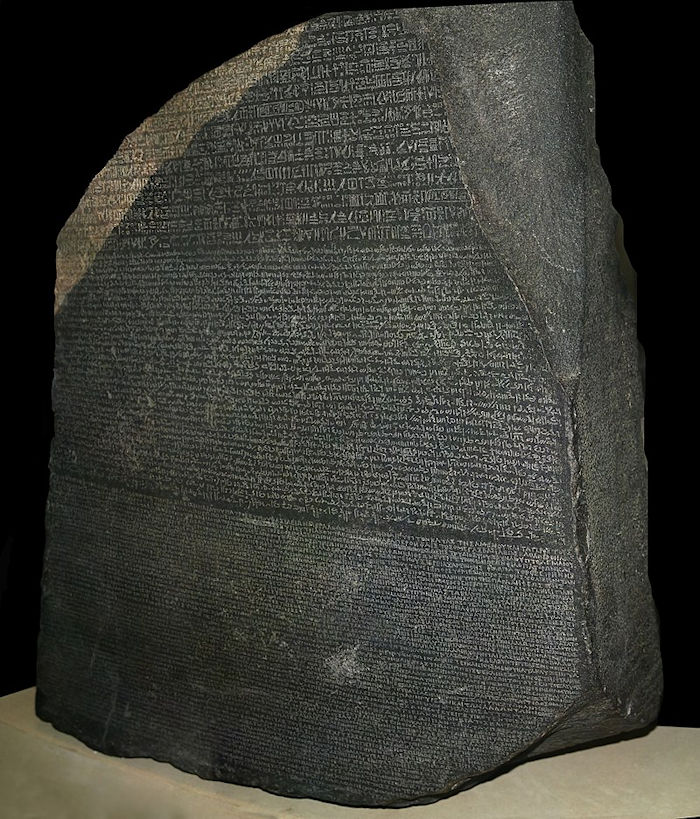 As reported by Bahrain News Agency, "excavations will also be completed to reveal more treasures in this area. The Egyptian Antiquities Mission started its work on the site since 2018, and through the past five excavations seasons, it succeeded in discovering the unique tomb of the priest of the Fifth Dynasty "Wahi", in addition to 7 rock tombs, including three tombs from the New Kingdom and four tombs from the Old Kingdom, and the facade of a tomb from The ancient state, in addition to the discovery of more than a thousand amulet of faience, dozens of wooden cat statues, cat mummies, wooden statues and animal mummies.

In 2020, it revealed more than 100 closed wooden sarcophagi in their first condition from the late era inside burial wells, 40 statues of the god of the Saqqara cemetery, Ptah Suker with gilded parts, and 20 wooden boxes of the god Horus.

This discovery was classified as one of the ten most important archaeological discoveries for the year 2020 and the most eye-catching, according to the American Archaeological Journal."