Ellen Lloyd - AncientPages.com - Erik the Red was a famous Viking who is today remembered for colonizing Greenland and being the father of the great Viking explorer Leif Erikson.

Erik the Red’s life was full of difficulties and he was a very controversial Viking. He was very violent and his temper was beyond control. This resulted in that he was exiled from his country on two occasions! Even his countrymen got tired of him because he simply didn’t know where to draw the line.

However, this didn’t stop Erik the Red from accomplishing many things in his life.

Who was this great Viking who changed Greenland’s history?

What Do Norse Sagas Tell About Erik The Red?

Erik Thorvaldsson, (approx. 950-1003 AD) better known as Erik the Red was a Norwegian Viking and son of Thorvald Asvaldsson and Åsvald Åsvaldson

Born in Rogaland on the southwestern tip of Norway, Erik the Red was forced to leave his home country when his father had been exiled from Norway for manslaughter. The family traveled to Iceland where they settled down and that’s where Erik the Red grew up.

His temper, red hair, and beard earned him the nickname “Erik the Red.” After the death of his father, Erik the Red married Thjodhild Jörundsdóttir and moved from northern Iceland and settled in Haukadale, which he called Eriksstead.

Together with his wife, he seemed to enjoy life, but it didn’t take long before everything changed.

Erik The Red’s Revenge For The Killing Of His Thralls

From the Saga of Erik the Red, we learn that one day some of his thralls (slaves) by mistake triggered a landslide that crushed his neighbor Valthjof’s house. A kinsman of Valthjof, Eyiolf the Foul, killed Erik’s thralls. Erik the Red was furious and sought revenge. He killed Eydjiolf and Holmgang-Hrafn, a sometime “enforcer” for the clan. Eyiolf’s kinsmen then demanded Erik be banished from Haukadale, and he moved his family north to the island of Oxney, in the Breioafjord of Iceland.

Erik The Red Kills His Neighbor For Not Returning His Possesions

Erik the Red set up a new farm safely out of reach of Eyjolf's kinsmen, but once again he soon got himself into trouble. This time it was an argument with Thorgest, a fellow settler. Erik the Red had asked Thorgest to keep his setstokkr (inherited ornamented beams of significant mystical value in Nordic pagan religion) which his father had brought from Norway. When he had finished his new house, he went back to get them, but Thorgest refused to return his possessions and Erik the Red killed not only Thorgest but his son as well. 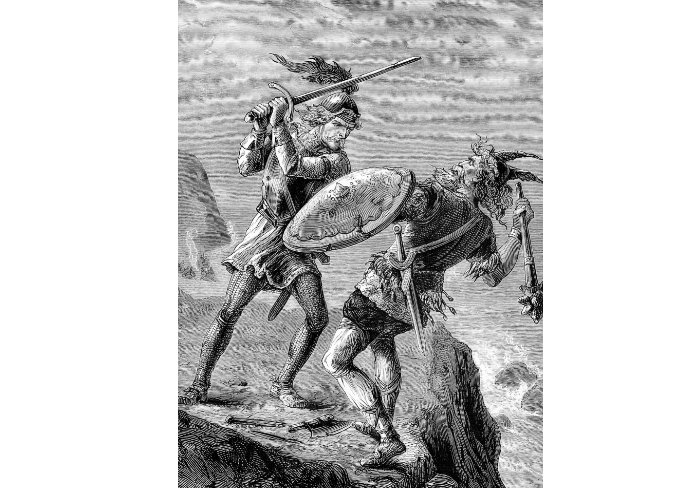 Erik the Red killed an Icelandic

These murders got Erik the Red exiled for three years in 980.

Erik The Red’s Discovery Of Greenland

Erik the Red had no idea where to go and hide. Finally, he decided to explore the land to the west (Greenland). He was aware of that Norwegian Viking Gunnbjørn Ulfsson had found large landmass due west of Iceland in the early ninth century. Erik the Red decided to follow the trace and search for Gunnbjørn's mysterious land.

The journey covered approximately 900 nautical miles of open ocean, but the danger was mitigated by the Viking ships’ advanced design and Erik the Red’s superior navigation skills.

Brattahlíð was Erik the Red's estate in the Viking colony he established on southwestern Greenland at the end of the 10th century. Image credit: Destination Viking

He sailed in 982 and found the foreign land which he explored for three years. His goal was to set up a colony. In south-western Greenland, he built a house on a place that was later called Brattalid and served as Greenland’s “capital” for many years.

The first Greenlandic parliament was held here, and it is also where Erik the Red’s son Leif Erikson departed to go on to discover Newfoundland and Labrador. The Norse lived here for approximately the next 500 years.

In 985, Erik the Red’s exile sentence had expired and he returned to Iceland. He was convinced he could set up a colony and started to recruit settlers. To make the new land more attractive, he called it Greenland and said there were plenty of good fishing reservoirs.

More than five hundred Icelanders agreed to follow him to Greenland, but it was a very dangerous trip and many died on the way. Only 14 of 25 Viking ships managed to cross the ice-cold and dangerous waters. The survivors established several colonies across Greenland and lived as fishermen, hunters, and farmers.

Erik the Red had achieved his goal and he never left Greenland again!

Erik The Red Was A Pagan And Terrified Of Christianity

Erik the Red had four children and they had inherited his adventurous nature.  In the summer of 999, his son Leif Erikson left Greenland and traveled to Norway. The purpose of his journey is unknown, but he managed to find employment with King Olaf Tryggvason as a member of the royal bodyguard. At the time, King Olaf Tryggvason was attempting to force Vikings to become Christians and there was plenty of resistance.

Erik the Red’s son, Leif converted to Christianity was baptized together with his wife. Before King Olaf Tryggvasos dies, he convinced Leif to return to Greenland as an evangelist and spread Christianity. 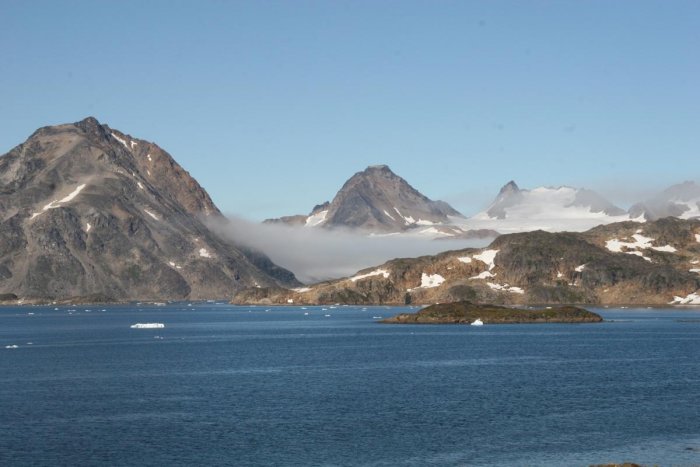 Leif Erikson sailed back and brought the message of Christianity to Greenland. His wife set up the first church on Greenland. The faith question divided the family and caused arguments. Erik the Red’s wife became a devoted Christian, but Erik the Red was terrified. He was a proud pagan and he considered the new faith a threat.

Where Did Erik The Red Die?

Erik the Red’s son Leif Erikson explored the eastern coast of the New World 500 years before Columbus set eyes on the Bahamas in 1492. Leif invited his father on the voyage, but according to legend, Erik fell off his horse on his way to the ship and took this as a bad sign, leaving his son to continue without his company.

In 1002, a group of immigrants arrived on Greenland and a deadly epidemic ravaged the colony. Many people died, including Erik the Red. The settlements are said to have survived but never grew to more than 2,500–5,000 people. Norse occupation of Greenland endured for about 500 years until climate change and other factors led to the end of European settlement.

Erik the Red died the winter after his son's departure. Leif Erikson had no knowledge of his father’s death until he returned to Greenland.

The Saga Of Erik The Red

Gwyn Jones - Eirik The Red and Other Icelandic Sagas

Brownworth, Lars - The Sea Wolves: A History of the Vikings