AncientPages.com - Who were the legendary and fierce female Amazon warriors that have been depicted across ancient Greece, Egypt, and China?

The truth is no less gripping than the myth, as Stanford University historian Adrienne Mayor reveals in her book: "The Amazons: Lives and Legends of Warrior Women Across the Ancient World." 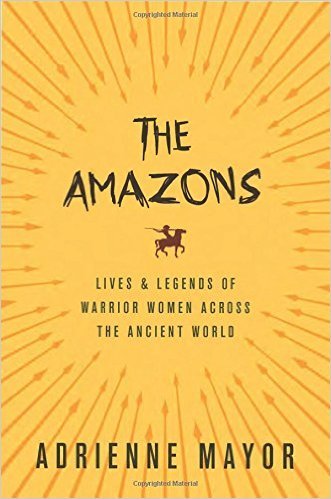 Amazons--fierce warrior women dwelling on the fringes of the known world--were the mythic archenemies of the ancient Greeks. Heracles and Achilles displayed their valor in duels with Amazon queens, and the Athenians reveled in their victory over a powerful Amazon army. In historical times, Cyrus of Persia, Alexander the Great, and the Roman general Pompey tangled with Amazons.

But just who were these bold barbarian archers on horseback who gloried in fighting, hunting, and sexual freedom? Were Amazons real? In this deeply researched, wide-ranging, and lavishly illustrated book, National Book Award finalist Adrienne Mayor presents the Amazons as they have never been seen before. This is the first comprehensive account of warrior women in myth and history across the ancient world, from the Mediterranean Sea to the Great Wall of China.

Mayor tells how amazing new archaeological discoveries of battle-scarred female skeletons buried with their weapons prove that women warriors were not merely figments of the Greek imagination. Combining classical myth and art, nomad traditions, and scientific archaeology, she reveals intimate, surprising details and original insights about the lives and legends of the women known as Amazons. Provocatively arguing that a timeless search for a balance between the sexes explains the allure of the Amazons, Mayor reminds us that there were as many Amazon love stories as there were war stories. The Greeks were not the only people enchanted by Amazons--Mayor shows that warlike women of nomadic cultures inspired exciting tales in ancient Egypt, Persia, India, Central Asia, and China.

Driven by a detective's curiosity, Mayor unearths long-buried evidence and sifts fact from fiction to show how flesh-and-blood women of the Eurasian steppes were mythologized as Amazons, the equals of men. The result is likely to become a classic.

Fierce nomadic women were usually depicted fighting courageously and dying heroically. They were immortalized in ancient works of art, and even adorned centuries-old perfume jars and jewelry boxes.

Archaeologists excavating Eurasian graves have uncovered battle-scarred female skeletons dressed in tunics and trousers, and buried with quivers full of arrows, battle-axes, spears, and horse gear. So, there is no doubt these women did exist in ancient times, but the female Amazon warriors were not as impressive as many of us have been taught to believe.

Adrienne Mayor has studied the Amazon warriors and offers deeper insight into the lives of the genuine female warriors. Read more

1. Amazon warriors cut off one breast to shoot better - False 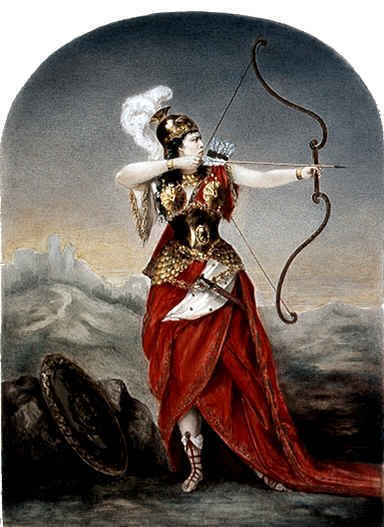 For more than 2,500 years we have been told that Amazon warriors cut off one breast to shoot better. This is simply not true. This faked myth surfaced in 490 BC when a patriotic Greek historian attempted to force a Greek meaning on the foreign word "Amazon." This happened because "mazon" sounded something like the Greek word for "breast" and "a" meant "without". The Greek historian claimed the name meant that the Amazons cut off one breast so they could draw a bow.

Not only was his untrustworthy idea rejected by other Greeks of his day, but no ancient artist ever bought the notion. All Amazons in Greek and Roman art are double-breasted. 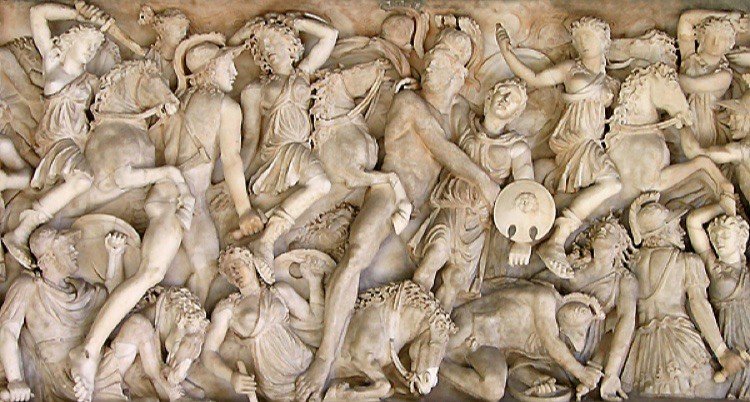 Another persistent myth claims that Amazon warriors hated men. They have been accused of enslaving men and mutilating baby boys. According to Mayor, the myth arose because Greek men oppressed their own women. By their logic, if women were strong and independent, then the men must be weaklings forced into submission.

But another Greek name for Amazons translates as "the equals of men." And Greek poets called the warrior women "man-lovers." In fact, there were as many love stories about Amazons as there were war tales.

3. Amazons gave up motherhood to be warriors - False 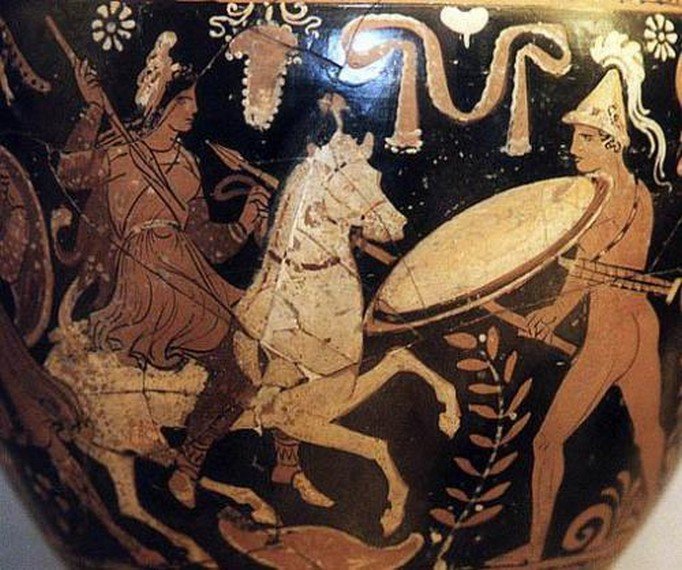 The "no Amazon mothers" fallacy is has been disproved by the graves of nomadic horsewomen-archers whose real lives inspired Greek Amazon stories 2,500 years ago. Next to the skeletons of female warriors buried with their weapons, archaeologists discovered infants and children. 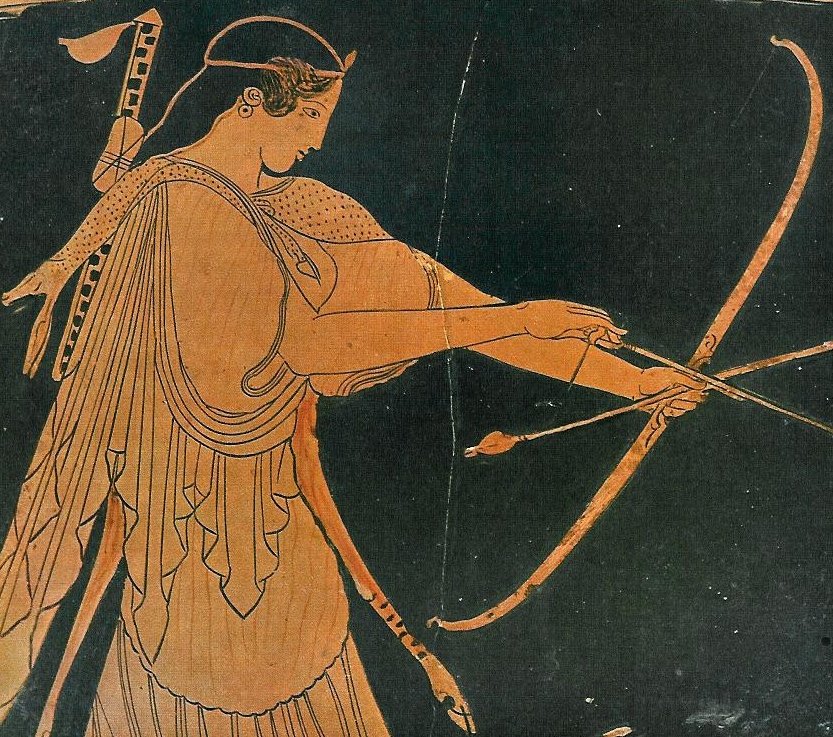 Modern scholars tend to assume that Amazons were a purely Greek invention, a fantasy exclusive to the Greeks. But the same warrior women of the vast steppes of Central Asia also influenced other cultures that came into contact with Scythian nomads. The truth is that we find exciting tales and historical accounts of Amazon-like warrior women in the ancient literature of Egypt, Persia, Caucasia, Central Asia, India, and even China. Even the legendary Chinese girl-warrior Mulan turns out to have steppe nomad origins.

5. Amazon warriors were a fantasy invented by the Greeks - False 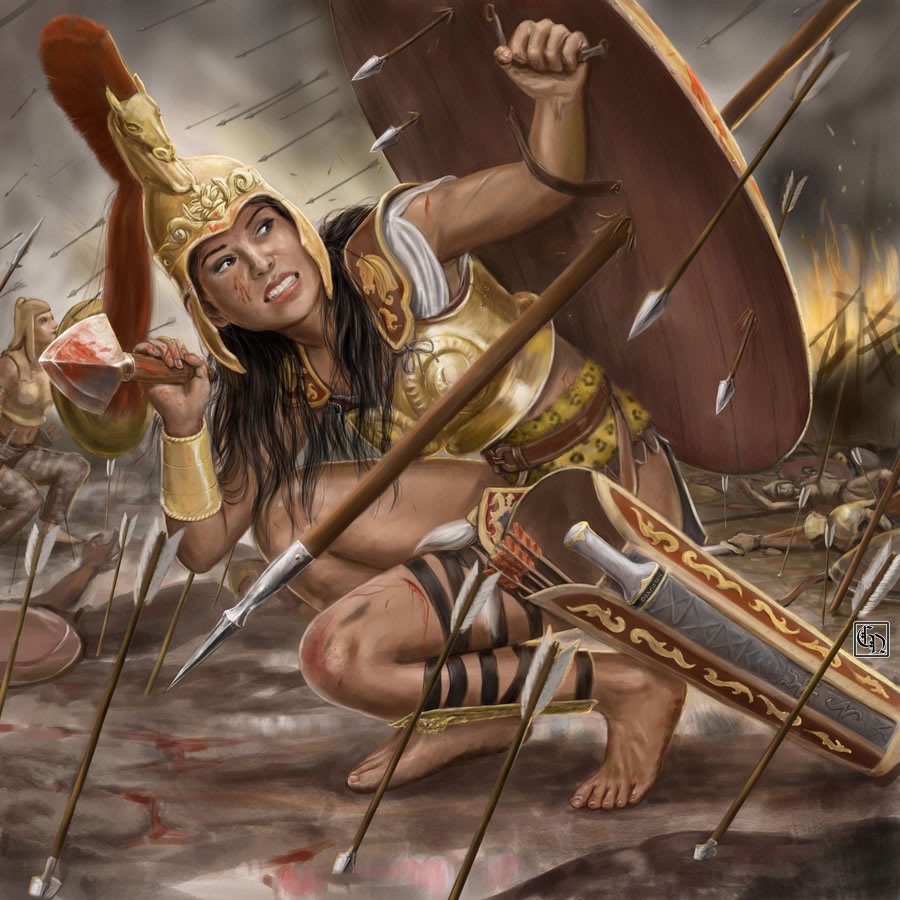 Did The Amazons Really Exist? – Truth Behind Myths Of Fierce Female Warriors

According to the Greeks, Amazons were barbarian archers on horseback who roamed a vast territory known as Scythia, stretching from the Black Sea to Mongolia. Recent archaeological discoveries of more than 300 ancient graves of Eurasian warrior women prove that Amazons were not merely figments of the Greek imagination.

As Greeks began to trade with Scythians of the Black Sea and beyond, storytellers and artists in Greece added more realistic details about nomad weapons, dress, and lifestyle to their tales and images of Amazons.

So, as you have seen there are many myths and misconceptions about Amazon warriors.

References:
Adrienne Mayor - The Amazons: Lives and Legends of Warrior Women across the Ancient World