Thor was a righteous god who mastered thunder, storms, and lightning and had supernatural strength. He protected mankind, gods, and fertility, and was renowned as the strongest, brave and most warlike of the gods. 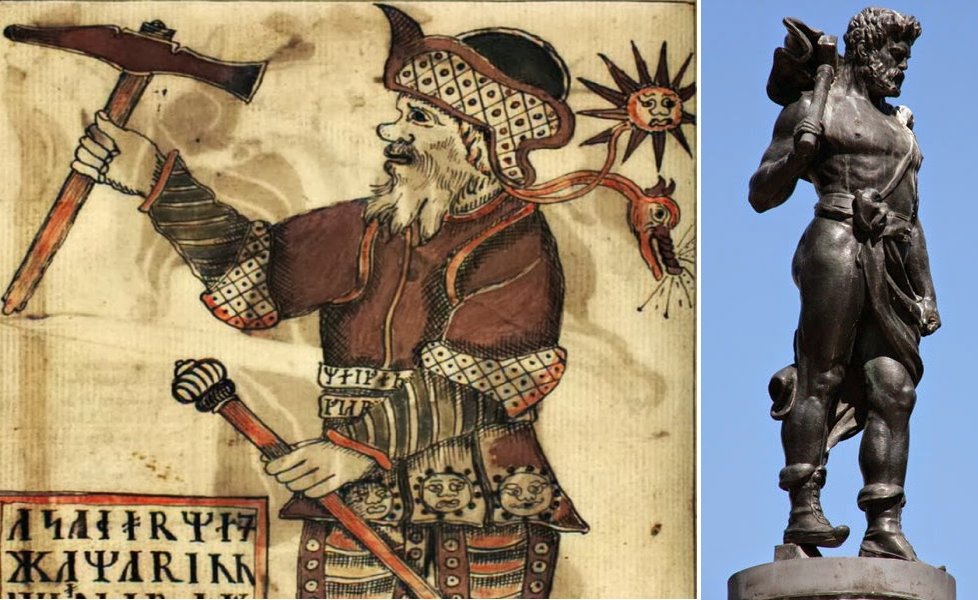 He was also known as the great slayer of the Jötuns, terrible giants who were sworn enemies of the gods in Asgard. The Jötuns lived in Jötunheimr, one of the nine worlds of Norse cosmology. Their home was also known as Utgard which means “Beyond the Fence.”

Thor is considered a hero of the Vikings and his hammer has long been the Vikings' amulet of protection and power.

In ancient art, Thor is depicted with Mjölnir, a magical hammer in his hand. The hammer’s only flaw was its short handle. Loki, known among the gods as trickster and mischief-maker, was responsible for this defect. 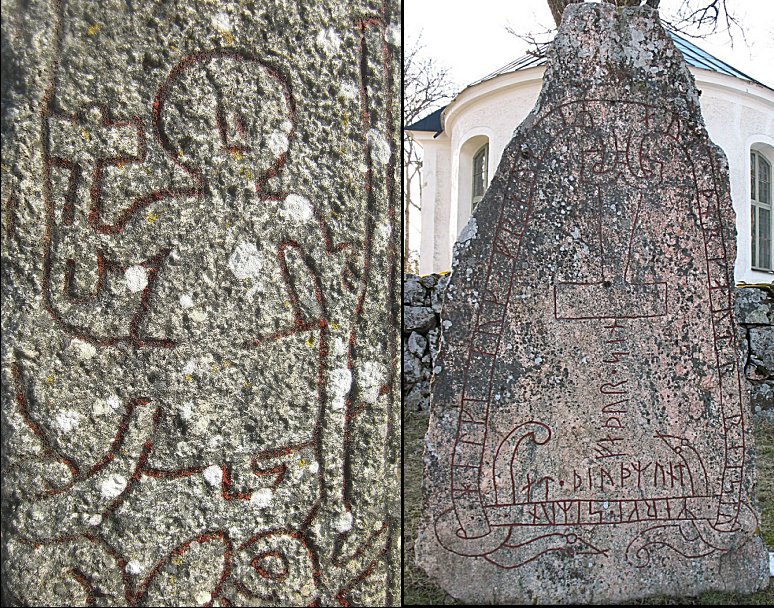 Left: Thor with Mjolnir depicted on the Altuna stone, Uppland; Sweden. Right: A runestone with a depiction of Thor's hammer, Södermanland, Sweden.

As a result, Thor had to wear the magic glove or an iron gauntlet (‘Iarn-greiper’) to hold terribly red-hot Mjölnir in his hand. Thor also used a mysterious belt (Megingjardir) that would double his strength.

Yet, the magical hammer had many wonderful properties and was Thor’s formidable weapon against giants. Mjölnir was capable of leveling mountains and was extremely heavy that no one else was able to lift it from the ground. Regardless of distance, Mjölnir always returned to Thor’s hand and it could be squeezed into a smaller size and unexpectedly hidden away. Mjölnir could kill and destroy, but also revive people or animals.

It was said to be forged by two dwarfs, Brokkr ( in Old Norse: ‘blacksmith’) and Eitri (‘spark-sprayer’), who both lived in underground home of the dwarves, Svartalfheim and were widely known, skilled craftsmen and technicians who created many magical objects for the gods of Asgard. 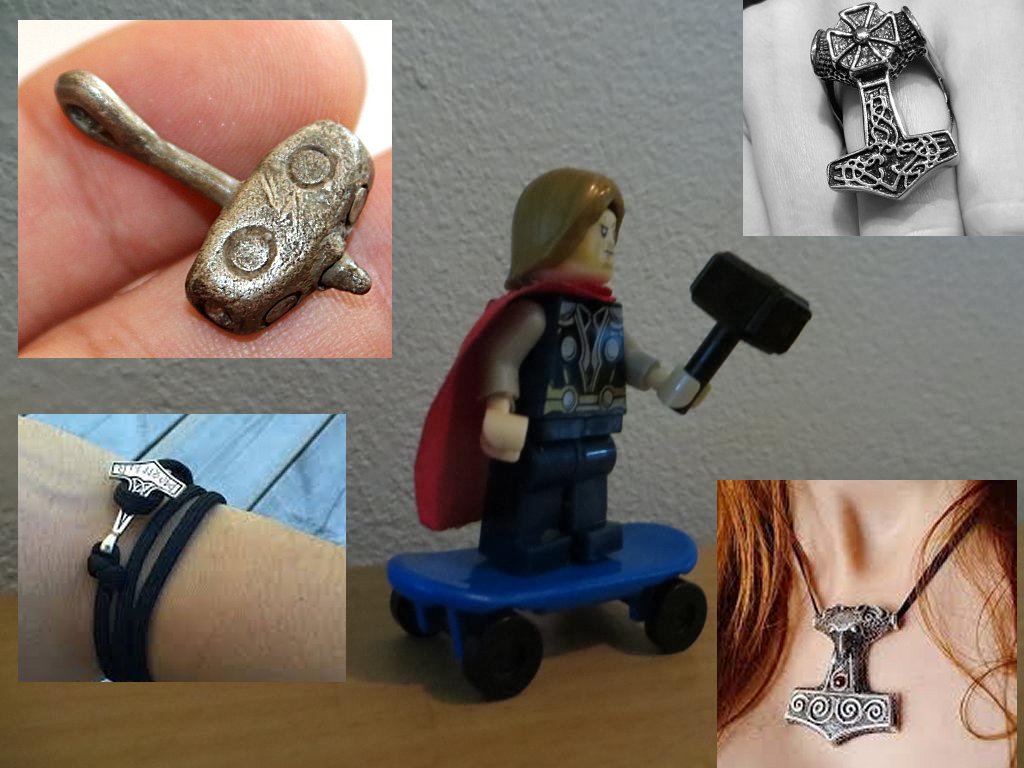 Mjölnir was a tremendous weapon capable of leveling mountains and was so heavy that no one else was able to lift it from the ground.

The saga of Thor’s formidable weapon, which killed countless giants, continued even after Ragnarok, according to Snorri Sturluson's Prose Edda, ‘Skáldskaparmál’.  Mjölnir was in possession of the second generation of gods, who survived catastrophic events of Ragnarok and were involved in the new world order.

The memory of Mjölnir and its owner has survived through many generations. Thor’s hammer was frequently depicted on countless boundary stones and gravestones. It was frequently found at wedding ceremonies and raised over newborn children.

Unusual Hammer of Thor found in Denmark. .Both sides of the amulet are shown here with runes seen on the left image. The latest find is unusual as it has runes inscribed that reads ‘Hmar x is’ (‘This is a Hammer’)

Popular and respected miniature hammers are designed to be worn as pendants. Small silver amulets in the form of Mjölnir symbolize the greatness of Thor and his fight for the land.

Archaeological excavations revealed many of these artifacts.