Conny Waters - AncientPages.com  - A new study suggests that northern and central Asia’s wetter climates may have allowed Homo sapiens to expand across the deserts of Central Asia by 50-30,000 years ago.

In fact, humans may have moved through these extreme settings in the past under wetter conditions. 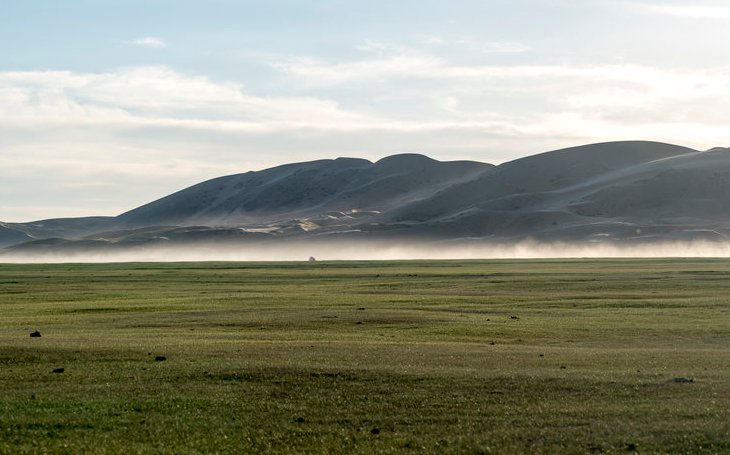 The sand dunes of Mongol Els jutting out of the steppe in Mongolia. Many of these desert barriers only appeared after the Last Glacial Maximum (~20,000 years ago). © Nils Vanwezer

“Archaeological discussions of the migration routes of Pleistocene Homo sapiens have often focused on a ‘coastal’ route from Africa to Australia, skirting around India and Southeast Asia,” Professor Michael Petraglia of the Max Planck Institute for the Science of Human History, a co-author of the new study, said in a press release.

“In the context of northern Asia, a route into Siberia has been preferred, avoiding deserts such as the Gobi.”

However, regions considered once inhospitable today might not have always been so in the past.

“Our previous work in Saudi Arabia, and work in the Thar Desert of India, has been key in highlighting that survey work in previously neglected regions can yield new insights into human routes and adaptations,” says Petraglia.

Indeed, if Homo sapiens could cross what is now the Arabian Deserts then what would have stopped it crossing other currently arid regions such as the Gobi Desert, the Junggar Basin, and the Taklamakan Desert at different points in the past? Similarly, the Altai Mountains, the Tien Shan and the Tibetan Plateau represent a potentially new high altitude window into human evolution, especially given the recent Denisovan findings from Denisova Cave in Russia and at the Baishiya Karst Cave in China.

Nevertheless, traditional research areas, a density of archaeological sites, and assumptions about the persistence of environmental ‘extremes’ in the past has led to a focus on Siberia, rather than the potential for interior routes of human movement across northern Asia.

“We found that while during ‘glacial’ conditions humans would indeed likely have been forced to travel via a northern arc through southern Siberia, during wetter conditions a number of alternative pathways would have been possible, including across a ‘green’ Gobi Desert,” Nils Vanwezer, PhD student at the Max Planck Institute for the Science of Human History and a joint lead-author of the study, said.