Conny Waters - AncientPages.com - Archaeologists found shards of ceramic vessels that date back to 4640 - 4460 BC, and are from an unknown ancient culture, probably related to Valdivia, one of the oldest pottery-featured cultures in North and South America.

During the excavations at Real Alto site (Ecuador), Russian scientists found fragments of ceramic vessels at a depth of 75 cm to 1 meter. 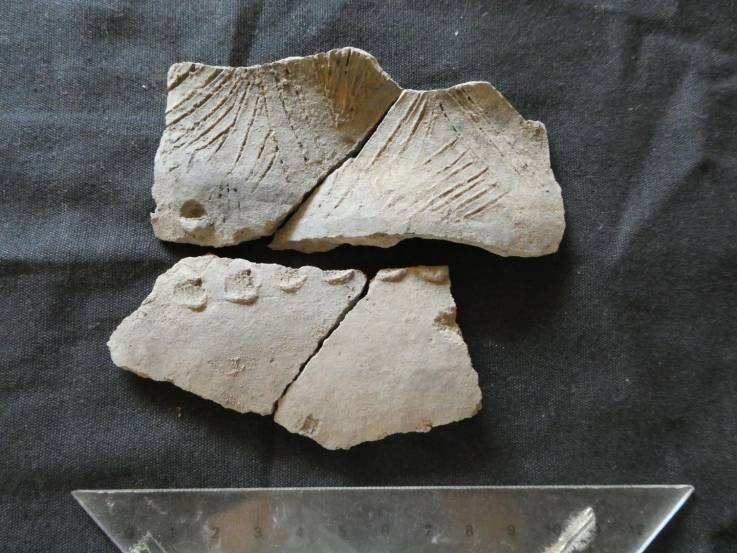 This is a shard of an ancient ceramic vessel from the insufficiently studied San Pedro complex found on Real Alto site, Ecuador. Credits: FEFU

The finds belong to the insufficiently studied San Pedro complex but they differ from the Valdivian by decorative composition and way of its application.

The unknown culture existed and developed simultaneously with Valdivia on the Pacific coast of Ecuador.

'The mass emergence of pottery was a kind of technical breakthrough associated with many aspects of human life and the level of economic development in different parts of the globe,” Alexander Popov, who led the expedition to Real Alto and an author of the study from the Far Eastern Federal University, Russia, said in a press release.

Ceramic vessels belonging to different cultures developed simultaneously confirm that our ancestors had evolved in terms of cultural diversity. It is curious that, despite the different vectors of human development, in the technological sense we were moving in the same direction.' Alexander Popov said.

According to the scientist, at the next stage of excavation, the research team will look for additional artifacts of new culture. Such findings may well help to determine conditions for the culture development with more preciseness.