AncientPages.com - Archaeologists from the University of Bonn are working to restore valuable 4th-century tunics attributed to St. Ambrose.

In a few days they will return to Milan with a mobile lab to continue their work with these ancient silk garments. 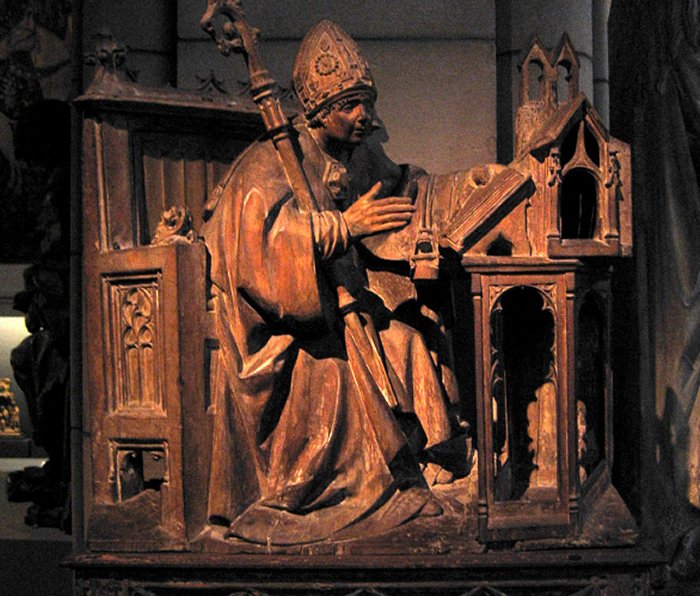 Ambrose is also the patron saint of Milan, where his bones rest in the Basilica of Sant’Ambrogio. Born in Trier, Germany, Ambrose began his career as a politician, becoming elected, in 374, the influential Bishop of the emperor’s residence of Milan. 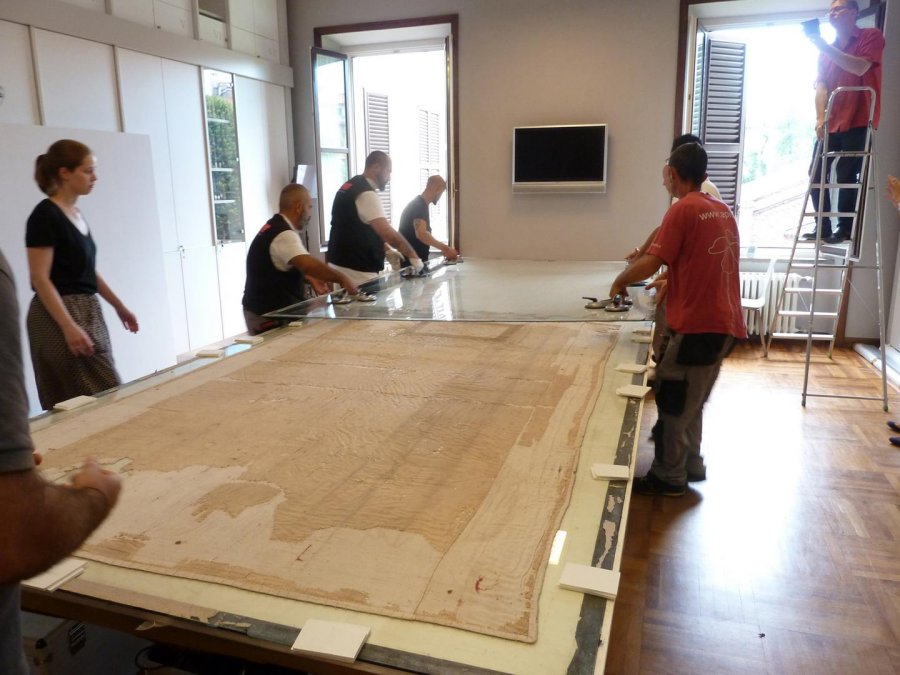 “These are marvelously beautiful vestments of sumptuous silk that have been ascribed to the saint,” says Professor Dr. Sabine Schrenk of the department of Christian Archaeology at the University of Bonn.

One of them has intricate depictions of hunting scenes with trees and leopards, while the other valuable textile is kept rather simple. There is yet no conclusive proof that these tunics date to the late 4th century, but they are very significant testimony for the Late Antique and Early Christian periods.

First of all, harmful layers of dust particles, which are centuries old, must be removed, according to Cologne textile restorer Ulrike Reichert. it will be dome with a tiny vacuum cleaner and delicate brushes.

“For this we have had to carefully free the material from the protective glass that had been laid over it,” says Professor Schrenk’s colleague Katharina Neuser, who takes his team and mobile lab to Milan to work with textiles.

“These are marvelously beautiful vestments of sumptuous silk that have been ascribed to the saint,” . Image credits: Sabine Schrenk

These pieces were revered as the tunics of St. Ambrose probably by the 11th century.Tunics have been kept and exhibited in various ways over the centuries. For a while, they were stored packed in a chest, sandwich-like, between two other layers of fabric. Until the Second World War, the relics were kept in a frame mounted to an altar in the Basilica of Sant’Ambrogio; they then got new glass frames in the Basilica’s museum, where they remained until a few years ago.

To protect them from the light they were then placed in storage drawers.

“The pressure of heavy glass plates only aggravated the effect of many centuries of deterioration,” says Professor Schrenk. So the decision to have these valuable silks restored was made.

It is well known that silk was not yet produced in 4th-century Europe and Asia Minor; the expensive thread was imported from China. However, Professor Schrenk is skeptical about the scholarly consensus that all silks of the time were woven in the eastern Mediterranean, primarily in Syria.

“Milan at the time, being the emperor’s residence, had access to ample patronage, and used silk in grand fashion. I would be very surprised if there had not been silk workshops there at the time,” says the archaeologist.