AncientPages.com - A lacquered "dragon bed" that dates back t aboput 2,500 years has been now  restored by archaeologists in southwest China after a 17-year effort, the Chengdu Cultural Relics and Archaeology Research Institute said on Monday.

The bed was unearthed in 2000 from an ancient king’ tomb complex discovered in Chengdu, the capital of Sichuan Province. 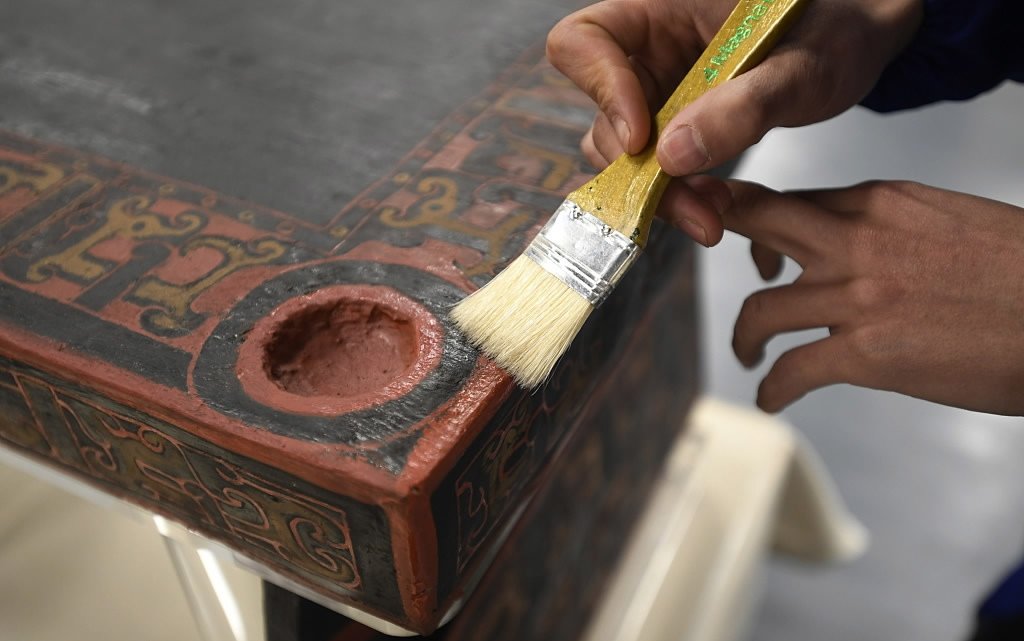 It is “the oldest and the best-preserved lacquered bed ever unearthed in China,” said Yang Tao, an assistant researcher of the institute, reports Asia Pacific Daily.

With cinnabar dragon patterns decorating its side, the bed, 2.55 meters long, 1.3 meters wide and 1.8 meters tall, is made up of 45 parts of which the largest is 3.2 meters long and the smallest 20 centimeters. All components are joined by a mortise-and-tenon structure. 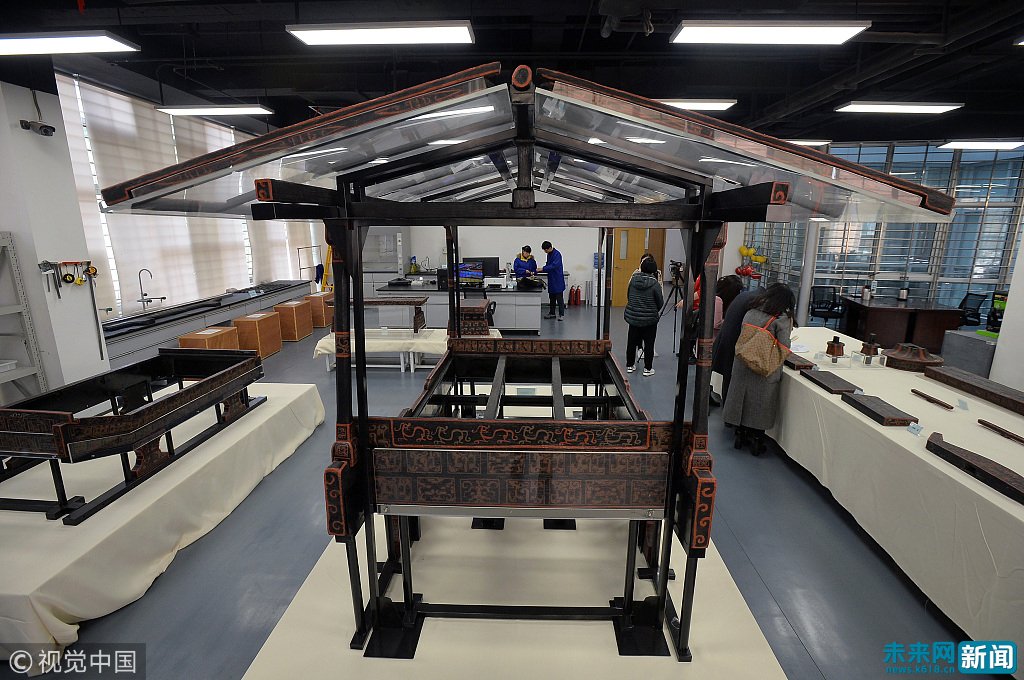 Measuring 2.55 m in length, 1.3 m in width wide and 1.8 m in height, the oldest and best-preserved lacquered
bed was found in 2000 in a tomb complex unearthed in Chengdu, capital of Sichuan. Image credit: Xinhua

Xiao Lin, head of restoration department of the institute, informed that "parts of the bed were scattered in a number of boat-shaped coffins at the time of the discovery, and it took archaeologists and their staff 17 years to restore the bed to its original form to the best of their ability, using various techniques."

"Based on its structure and patterns, the bed is very likely to have been used by an ancient king of Shu State, who ruled the region in the early Warring States period 2,500 years ago," said Yan Jinsong, an archaeologist who headed the excavation of the tomb. 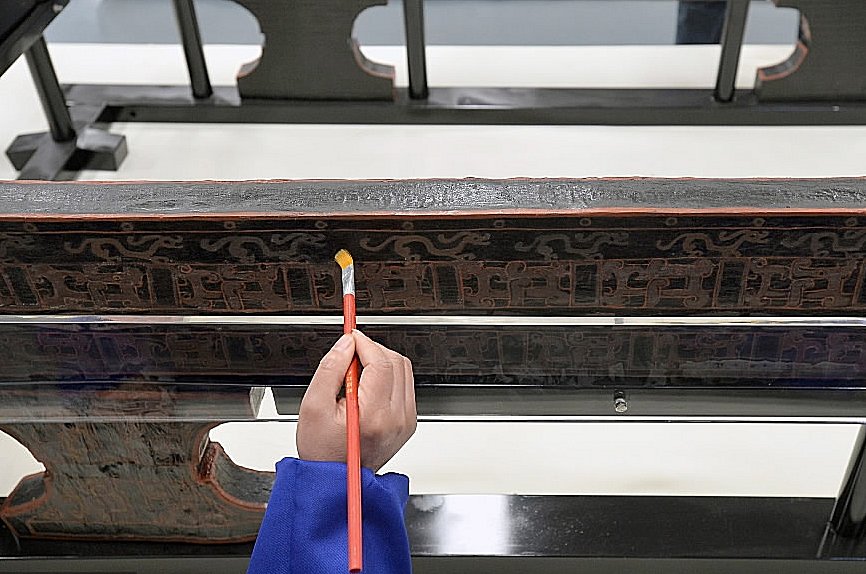 "The signs that makers left on the bed are highly related to the language used in the Shu State, offering new and valuable clues to archaeologists keen to decode the mysterious ancient language."

The institute restored 290 artifacts in categories of bamboo, wood and lacquer in close to two decades.