Conny Waters - AncientPages.com - A mosaic area unearthed during the excavations conducted by the Osmaniye Museum Directorate in the southern province of Osmaniye’s Kadirli district has proved a rival to the ancient city of Zeugma with its awe-striking features.

A mosaic with a female figure, which archaeologists call “Mona Lisa of the ancient age,“ attracts attention with its stance, look and similarity to the world-famous Mona Lisa painting. 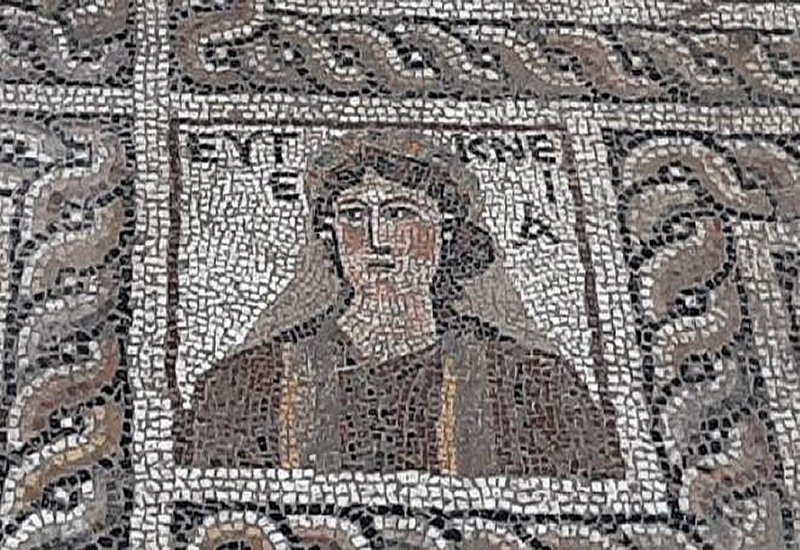 The mosaic area is believed to have once decorated the floor of a villa between the first and the second centuries, and the female figure is thought to have been the owner of the villa.

“We can call this mosaic the Mona Lisa of Kadirli,” said archaeologist Ümit Kayışoğlu. “This mosaic area is the only known mosaic area with human figures in Osmaniye. This is the remains of a villa built in the first and second centuries A.D.”

In ancient times, Kadirli was a place of strategic importance due to its location on an important trade route between the Middle East and Anatolia. It has been settled since the time of the Hittites and after by various civilizations: Assyrians, Romans, Byzantines, Armenians, and finally Turks.

Ümit Kayışoğlu said that the archaeologists have been carrying out devoted work in the mosaic area since 2015.

2,000-Year-Old Medusa Mosaic Is Considered The Pearl Of Ancient City Of Kibyra

A 1,800-Year-Old Amasya Mosaic Goes On Display For The First Time After Seven Years

“As the Osmaniye Museum Directorate, we started many excavations when the ruins of the ancient city of Flaviapolis on which the Kadirli district was founded were declared a third-degree site in 2015.”

Describing the mosaics found, he said: “There are four different types of mosaics here. There is a lady in the middle of one of the mosaics, and we call this person Kadirli’s Mona Lisa. Because her look and stance are reminiscent of the original one,” wrote Hurriyet Daily News.

A few years ago, ruins of a Roman-era bath and a floor mosaic have been discovered while drilling at a third-degree archaeological site in the central Anatolian Osmaniye’s district of Kadirli. Then the Osmaniye Museum archaeologists began works at the site and unearthed floor mosaics depicting deer, bull, deer, and lion motifs.