Conny Waters - AncientPages.com - In Armenia, there are many old megaliths, especially in the region of Carahunge (Karahunge) that predates England's famous Stonehenge, and is one of the most mysterious sights of Armenia.

This very ancient place often referred to as the “Armenian Stonehenge”, has been abandoned and ignored for centuries. 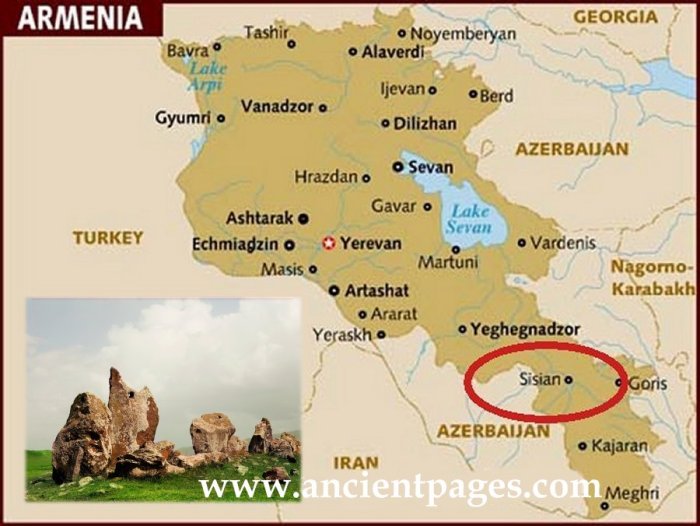 The word 'car' in Armenian means 'stone', and the word 'hunge (or 'hunch') means 'sound, voice or echo'. Therefore Carahunge is "Speaking Stones" or "Stones with Voice".

Now researchers carried out a survey of the Karahunge Stone Complex and the adjacent area. All stones with holes were photographed and measured, and thirty news unknown stones were also documented.

Many stones of astronomical importance have also been found during the measurement works carried out jointly by the Byurakan Observatory and the Armenian National University of Architecture and Construction,' reports Public Radio of Armenia. 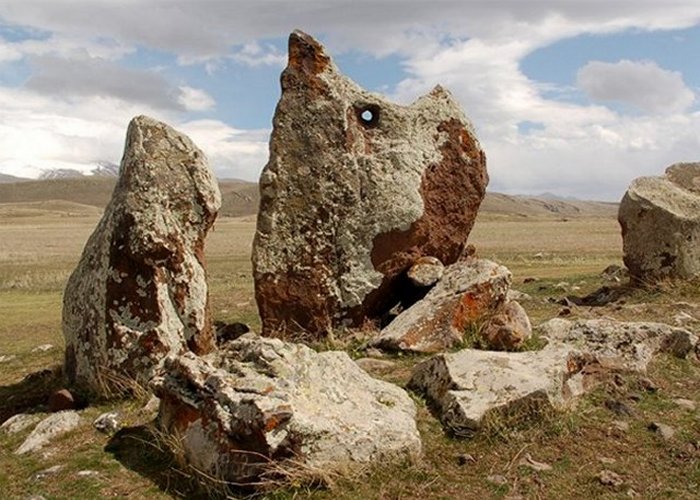 About 30 previously unknown stones with holes have been discovered at Carahunge or Zorats Karer (the Armenian Stonehenge).

Located near the town of Sisian in the Syunik Province of Armenia, Karahunge (or Carahunge) covers an area of approximately 70,000 square meters and contains hundreds of vertically standing basalt stones that are from six to nine feet tall.  They have oval configuration and weigh up to 10 tons each piece. They are basalt (andesit) stones, eroded by weather and time, and covered with moss and lichen in many colors.

After the measurement results are summed up, the researchers will begin astronomical calculations based on new, highly accurate data.

The site is rich with stone settings, burial cists, and standing stones. In total, 223 stones have been identified. The Armenian scientists believe there is a link between the name of Stonehenge in England and Karahunj, which is 3500 years older than Stonehenge. It is also no coincidence that Karahunge and Stonehenge have the same meaning.

According to the scientific findings, a temple consisting of 40 stones built in honor of the Armenians’ main God, Ari ('Sun') is located in the central part of Karahunge. Besides the temple, it was a large observatory and a university that makes up the temple’s wings. 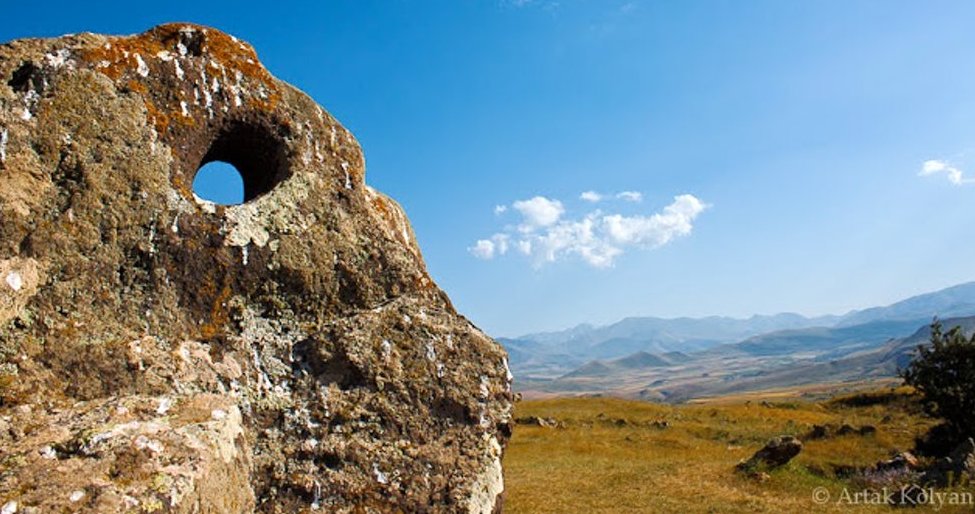 Armenians were pioneers of astronomy and Karahunge can be the first-ever prehistoric observatory where they measured with amazing accuracy the latitude, longitude and magnetic deviation, and the rising position of Sirius dog star (Orion). Karahunge is older than Stonehenge.

Russian and Armenian archaeoastronomers have suggested that the standing stones could have been used for astronomical observation. Seventeen of the stones were associated with observations of sunrise or sunset at the solstices and equinoxes, and 14 are associated with the lunar events.