Conny Waters - AncientPages.com - By studying ancient DNA we can get a good glimpse into the distant past and learn about our ancestors. Scientists have now examined DNA in hair samples collected from Aboriginal people across Australia and the results tell an intriguing story that re-writes history of Australia.

Researchers from the University of Adelaide's Australian Centre for Ancient DNA (ACAD) in partnership with the South Australian Museum have now presented the first results from the Aboriginal Heritage Project. 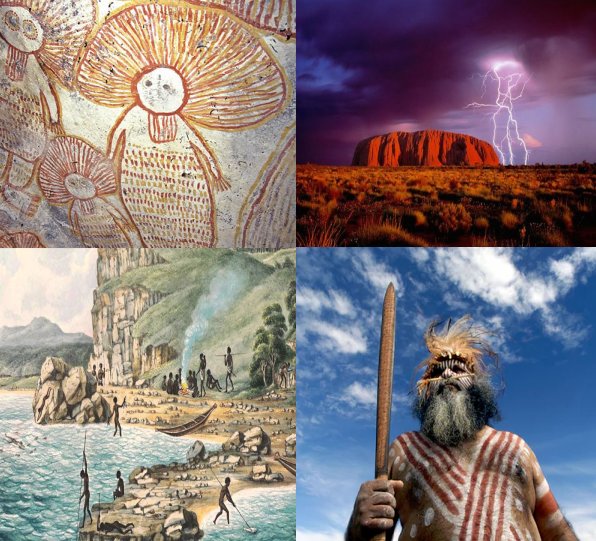 By analyzing mitochondrial DNA from 111 hair samples from Aboriginal people all across the country it has been possible to trace maternal ancestry.

The results show that modern Aboriginal Australians are the descendants of a single founding population that arrived in Australia 50,000 years ago, while Australia was still connected to New Guinea. Populations then spread rapidly - within 1500-2000 years - around the east and west coasts of Australia, meeting somewhere in South Australia.

"Amazingly, it seems that from around this time the basic population patterns have persisted for the next 50,000 years -showing that communities have remained in discrete geographical regions," says project leader Professor Alan Cooper, Director of ACAD, University of Adelaide.

"This is unlike people anywhere else in the world and provides compelling support for the remarkable Aboriginal cultural connection to country.

We're hoping this project leads to a rewriting of Australia's history texts to include detailed Aboriginal history and what it means to have been on their land for 50,000 years - that's around 10 times as long as all of the European history we're commonly taught." 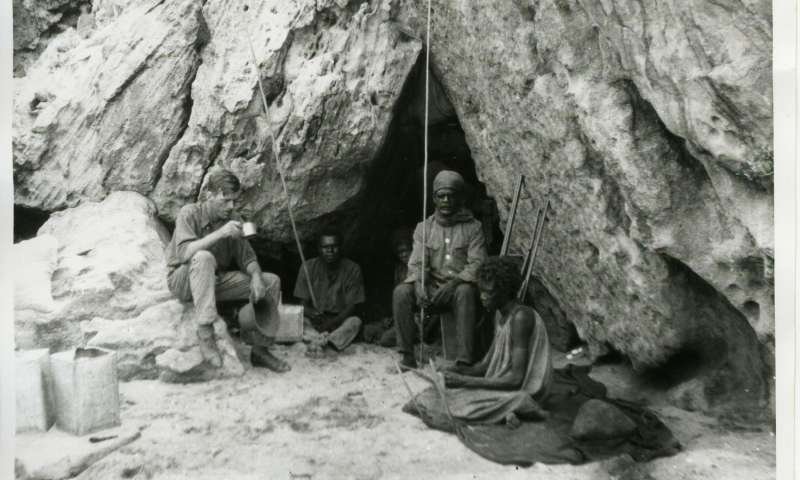 "Aboriginal people have always known that we have been on our land since the start of our time," says Kaurna Elder Mr Lewis O'Brien, who is one of the original hair donors and has been on the advisory group for the study. 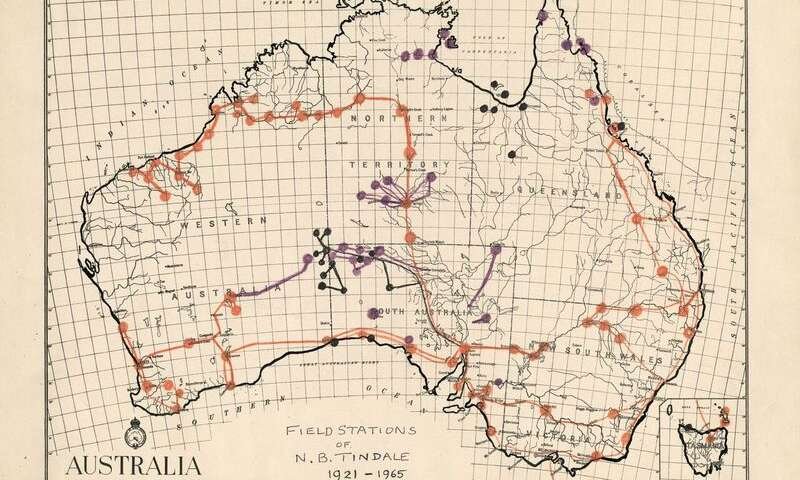 Map of field stations visited from 1921 to 1965Map showing the locations where the series of Board for Anthropological Research expeditions visited. Credit: South Australian Museum Archives Norman Tindale Collection

"But it is important to have science show that to the rest of the world. This is an exciting project and we hope it will help assist those of our people from the Stolen Generation and others to reunite with their families."

"Reconstructing the genetic history of Aboriginal Australia is very complicated due to past government policies of enforced population relocation and child removal that have erased much of the physical connection between groups and geography in Australia today," says Dr Wolfgang Haak, formerly at ACAD and now at the Max Planck Institute for the Science of Human History in Germany.