AncientPages.com - While excavating in northern Guatemala archaeologist have come across an ancient altar that depicts scenes reminding of the popular fantasy drama television series "Game of Thrones". It's an exciting discovery as more secrets of the Serpent Kingdom can now be revealed.

The altar, carved out of limestone and weighing around one ton was found in a temple at the La Corona archaeological site in the jungle region close to the borders with Mexico and Belize. 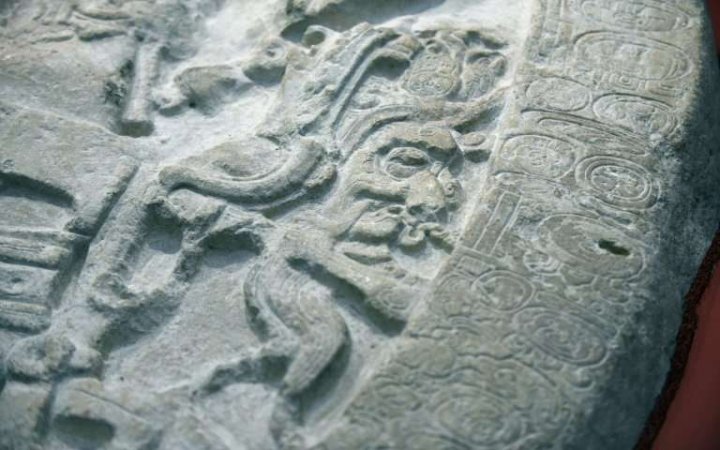 According to Tomas Barrientos, co-director of excavations and investigations at the site, the altar depicts King Chak Took Ich'aak, La Corona's ruler, "sitting and holding a scepter from which emerge two patron gods of the city."

The 1.46-meter by 1.2-meter slab contains also a hieroglyphic Mayan inscription corresponding to May 12, 544.

Based on this and other discoveries researchers have been able to  determine that King Chak Took Ich'aak also governed the nearby city of El Peru-Waka some 20 years later.

Barrientos says these pieces of evidence show that the Kaanul dynasty, or Serpent Kingdom, developed a political movement in La Corona that allowed them to defeat their Tikal "arch rivals" in 562 and thereafter rule the Mayan lowlands in southeast Mesoamerica for two centuries.

As previously reported on Ancient Pages, archaeologists are slowly piecing together the fascinating history of the mysterious Maya Snake Kings who created a powerful kingdom in a remote corner of the Guatemalan jungle.

Who were the Kaanul rulers, known as the Maya Snake Kings and how and why did they become so powerful? The history of the Snake kings is still shrouded in mystery, but scientists have come a long way and we are learning more and more about these enigmatic ancient Maya Snakes and their kingdom.

Some years ago, scientists discovered the tomb of Lady K’abel, a seventh-century Maya Holy Snake Lord considered one of the great queens of Classic Maya civilization.

This latest discovery offers evidence that the Kaanul dynasty, or Serpent Kingdom, developed a political movement in La Corona that allowed them to defeat their Tikal "arch rivals" in 562 and thereafter rule the Mayan lowlands in southeast Mesoamerica for two centuries.
During this time, the political movement was based around alliances with small cities surrounding Tikal ahead of the final victory push.
Archaeologists have also found details of a wedding between a princess from the Serpent Kingdom and a King of La Corona, Barrientos said. 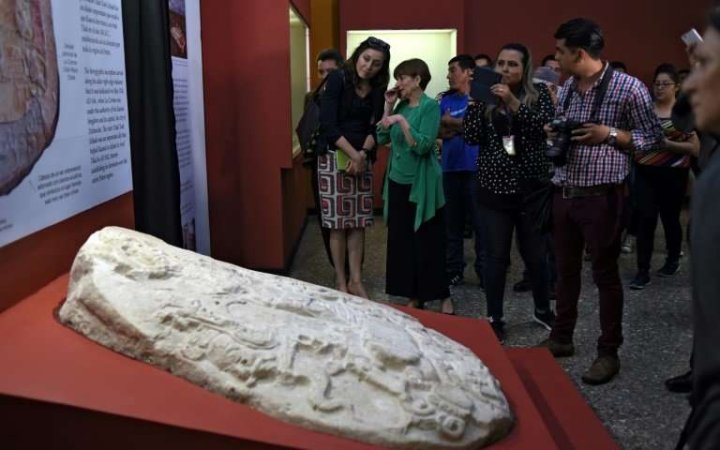 Made of limestone, the altar weighs around a ton and was found in the jungle area of northern Guatemala rife with archaeological sites. Credit: AP

"This altar shows us a part of Guatemala's history and in this case, around 1,500 years ago, I would call this the historical Mayan version of Game of Thrones," he added, comparing the Kaanul kingdom's maneuvering to that in Game of Thrones of noble families competing over control of the seven kingdoms.

The ancient altar is of great archaeological and historical importance. The carvings and hieroglyphs can now help scientists to fill in the gaps and piece together the puzzle of Mayan culture's political relationships.

"It's a high quality work of art that shows us they were rulers entering into a period of great power and who were allying themselves with others to compete, in this case, with Tikal," Barrientos explained.

La Corona "was the place where the most important historical Mayan political movement began to take shape."

The Serpent Kingdom expanded from its capital Dzibanche to present day north Guatemala, Belize and the Mexican state of Campeche but was finally defeated by Tikal. 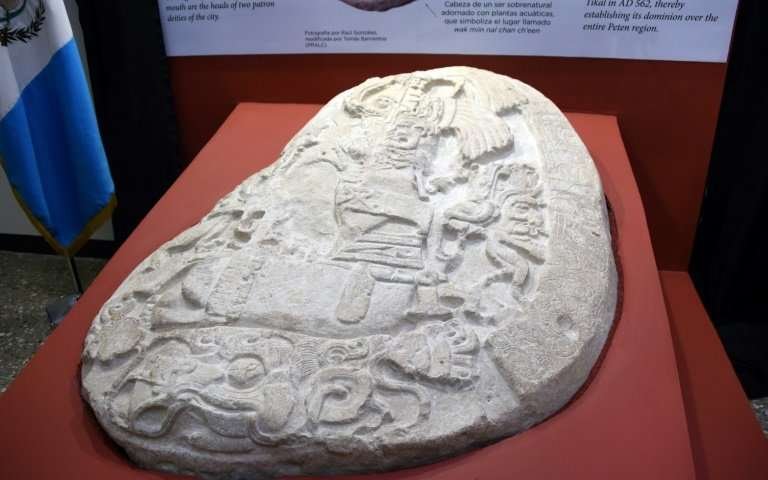 The altar's inscriptions reveal a lot about the political machinations of the sixth century Serpent Kingdom. Credit: AP

"Having information about what happened next, how they were plotting a political strategy here, teaches us a lot about politics in those times and the fight for territory," said Barrientos.

It should be added that excavating in this region is dangerous and difficult due to criminal activities.

The region is constantly at threat from looting, invasions and incursions by criminal gangs, drug-traffickers and illegal ranchers, accused by environmentalists and authorities of starting forest fires that damage pre-Columbian monuments.

Whenever some archaeological discoveries are made here, it’s always a success and scientists can slowly shed more light on a rather unknown chapter in the ancient history of the Maya.