AncientPages.com - On May 27, 1905, the Battle of Tsushima, known as the “Sea of Japan Naval Battle,” took place and was the major battle between Russia and Japan during the Russo-Japanese War (1904 – 1905). 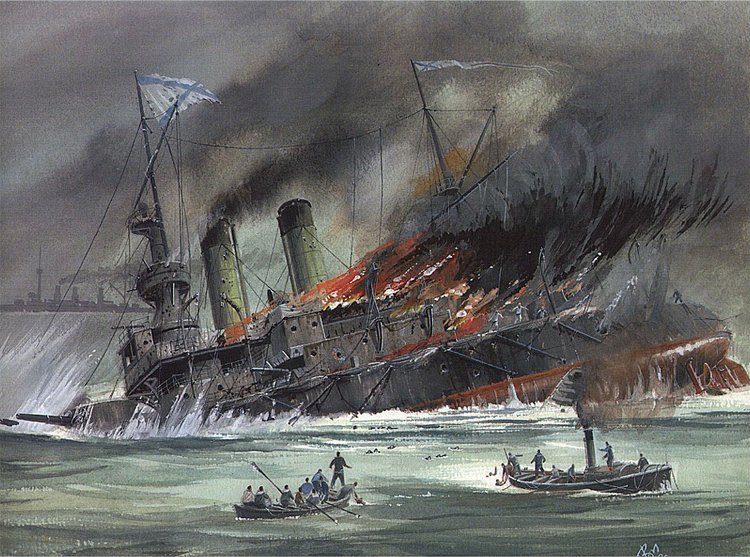 This was naval history's only significant sea battle fought by modern steel battleship fleets, the first naval battle, in which wireless telegraphy (radio) played a critically important role, it has been characterized as the "dying echo of the old era – for the last time in the history of naval warfare ships of the line of a beaten fleet surrendered on the high seas."

The battle was localized in the Tsushima Strait between Korea and southern Japan. In this battle, the Japanese fleet under Admiral Togo Heihachiro destroyed two-thirds of the Russian fleet, under Admiral Zinovy Rozhestvensky, which had traveled over 18,000 nautical miles (33,000 km) to reach the Far East.

"The battle of Tsu-shima is by far the greatest and the most important naval event since Trafalgar", Sir George Sydenham Clarke, a British Army officer and colonial administrator, wrote in London in 1906. 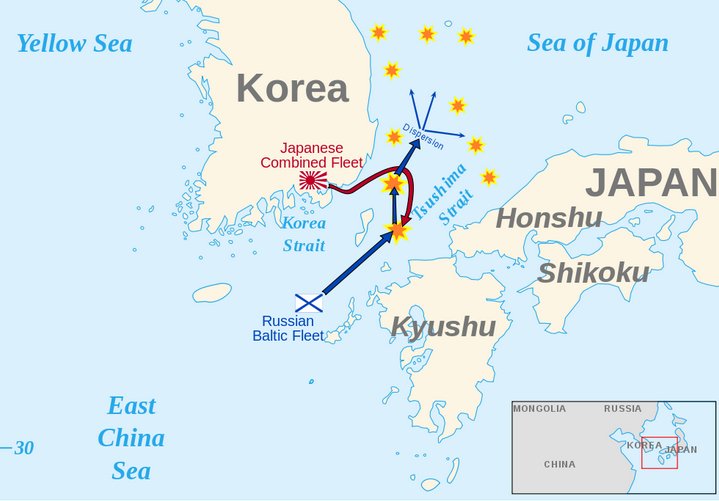 Both sides participating in the battle had early wireless telegraphy. The Russians were using German sets; however, they had difficulties in using and maintain them. The Japanese, on the other hand, used their own equipment, and it was their advantage.

Several decades later, historian Edmund Morris agreed with this opinion. The destruction of the Russian navy caused a bitter reaction from the Russian public, which induced a peace treaty in September 1905 without any further battles.