AncientPages.com - Largest and best preserved ancient Inca ruins in Ecuador are located near Cuenca, in the province of Cañar, Ecuador. They are known as Ingapirca (in the native Quechua, "Inca wall").

The entire complex was a fortification mixture of the Inca and Cañari civilizations. 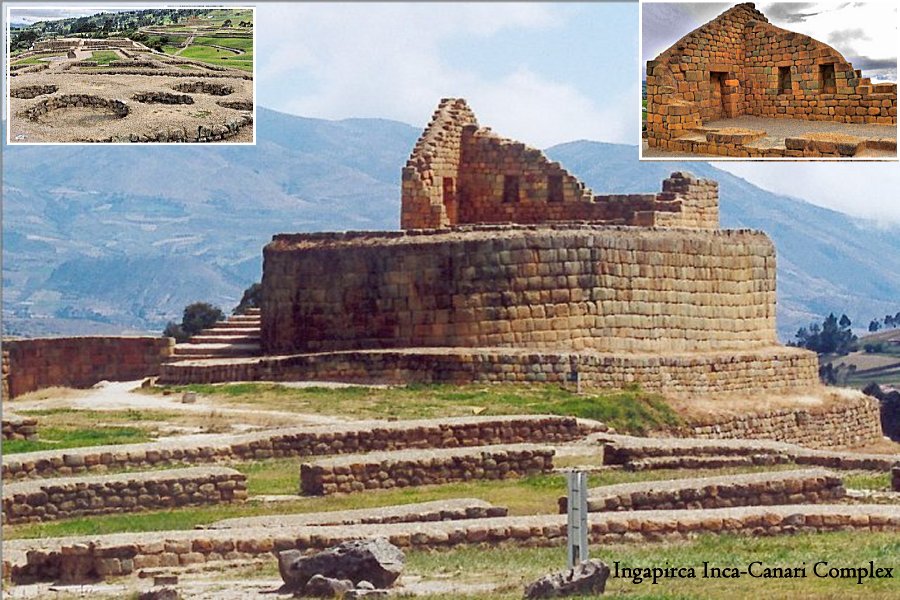 The most important construction in this complex was the elliptically-shaped Temple of the Sun, built around a large rock, without mortar; the stones were carefully chiseled and shaped to fit together perfectly.

The chamber at the top of the Temple of the Sun was designed so that during the solstice, at a certain time of day, the sun would fall through narrow windows and illuminate sacred elements. Researchers investigated the ruins of Ingapirca and concluded that the altars within the Temple of the Sun receive direct illumination only at certain times of the year, specifically New Year or Inti Raymi.

The Inti Raymi (in Quechua: "sun festival"), a religious ceremony of the Inca Empire
in honor of the god Inti (Quechua for "sun"), one of the most venerated deities in Inca religion. 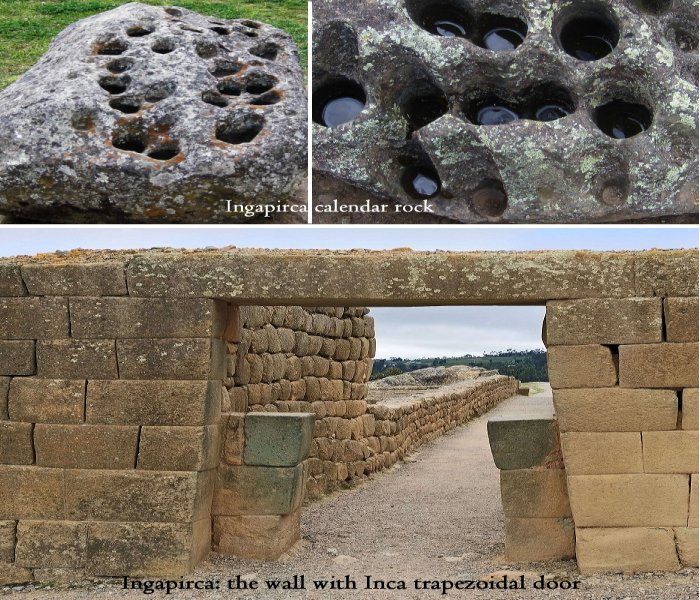 Although the real purpose of the site is not fully understood, the city must have played a military role as a fortress to dominate the Andes of what is now northern Ecuador and southern Colombia. Ingapirca had long been settled by the Cañari indigenous people, who called it Hatun Cañar.

During the Inca expansion into southern Ecuador, the high Inca Tupac Yupanqui come across the Canari "Hatun Canar" tribe.

Having difficulties in conquering the tribe, Tupac Yupanqui decided to approach the problem more strategically. He married the Cañari princess and improving the Cañari city of Guapondelig, calling it Pumapungo (nowadays Cuenca), which remains a symbol of merging of the Canari and Inca civilizations.

Despite the Incas dominance, the civilizations lived peacefully, with their own customs and traditions.

At Ingapirca, there was also constructed a sophisticated underground aqueduct system to distribute water throughout the complex and the astronomical observatory was built under the rule of Inca Huayna Capac.