Ellen Lloyd - AncientPages.com - Aslaug was sad and furious when she learned about the death of her husband’s first-born sons Eirik and Agnar. She loved them just as much as her own sons. To know that Eirik and Agnar had met such a painful death angered her more than anything. She gathered her sons, explained the situation, and together they planned vengeance. Revenge was now the only option. 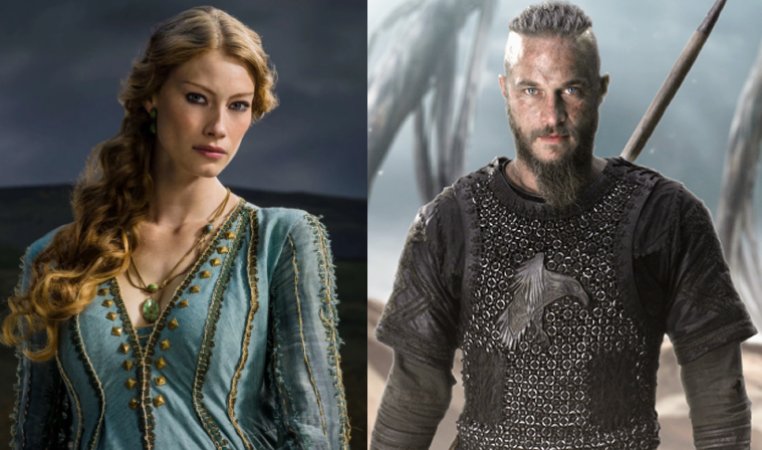 Aslaug and her sons sailed to Sweden and punished the man responsible for the death of Eirik and Agnar. When Aslaug’s husband Ragnar Lodbrok heard about how his wife had gone behind his back, he was no longer happy. Did Aslaug perhaps have another motive of more personal nature when she sought revenge?

Many are familiar with the adventures of famous Viking Ragnar Lodbrok, but stories about his sons are equally fascinating.

Ragnar Lodbrok had several sons, and everyone of them was a mighty warrior and an intriguing personality.

Known as the legendary and fearless Sea King of the North, Ragnar Lobdrok became a hero among his people and one of the most famous Viking warriors. However, Lodbrok, who considered himself a direct descendant of mighty God Odin, disliked competition and always feared one of his sons would overshadow his heroic deeds.

As a father, Lodbrok naturally wanted his sons to become strong and courageous warriors, but at the same time, he always feared that they could become more popular and successful than he was. His sons had to prove themselves vital without Lodbrok’s help. 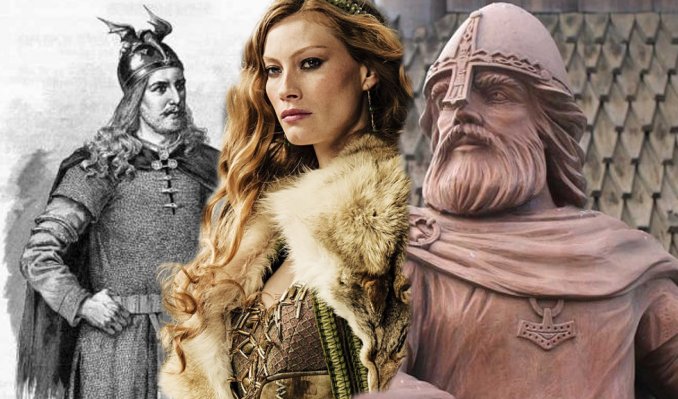 We know the stories of Lodbrok’s sons from other articles published on Ancient Pages. For example, Ivar the Boneless, the mighty son of Lodbrok, was a berserker warrior. When Ivar was born, Lodbrok tried to kill him because the boy was unlike any ordinary child.

Lodbork’s son Bjorn Ironside is today remembered for his cunning tactics when his Viking warriors captured Luna, the ancient city of Etruria, Italy. Another son of Lodbrok, Sigurd “Snake-In-The-Eye,” was also a unique individual.

When Lodbrok met his third wife, Aslaug she said that she would bear him a child whose eye would take the image of a serpent. When Aslaug’s prophecy was fulfilled, she gave birth to a boy with the image of a snake encircling the pupil, and he was named Sigurd “Snake-in-the-Eye.”

In the Tale of Ragnar Lodbrok, an Icelandic saga of the 13th century, it is written that before Ragnar married Lagertha and later the Völva Aslaug, he had two sons with Thora, his first wife. The two boys, Eirik and Agnar, were very young when their mother, Thora died.

Lodbrok’s third wife, Aslaug, took his first-born children into her heart and treated them as her own.

As the story goes, one-day Lodbrok took his Viking warriors and crossed the Baltic Sea to conquer new lands. Before embarking on the journey, he asked his good and trusted friend King Östen Bele to protect the upper part of Sweden from his sons. King Bele did as he was told, but when Lodbrok’s oldest sons, Eirik and Agnar, paid him a visit, problems arose. Eirik claimed that he wanted to marry King Bele’s daughter. This was hardly a union based on love. It was instead a desire to gain power and control over land. Eirik demanded to let Lodbrok’s sons rule over the upper part of Sweden.

His request made local chieftains furious, and they had no intentions to collaborate. As a result of this, a fierce battle broke out. Agnar was killed, and his army was defeated.

King Bele Shows Mercy And Makes An Offer, But Eirik Wants To Be Executed

Eirik was captured and could quickly have been executed, but King Bele was a peaceful and good-hearted man who showed mercy. He felt sorry for the Lodbrok’s son, whose brother was now dead.

King Bele offered Eirik not only freedom but also his daughter and a fortune. The offer did not suit Eirik, who was an impulsive but also proud man. He followed the Vikings’ traditions and put honor above everything else.

Eirik said that he wanted to be executed with a spear, and his dead body must be placed on the battlefield among the fallen Viking warriors.

As previously mentioned on Ancient Pages, a true Viking warrior’s greatest wish was to die in battle. Dying fighting guaranteed a place in Valhalla where might god Odin ruled and where fallen Viking heroes dwell after death.

Perhaps Eirik fought that Valkyries, the choosers of the slain, would find his body and bring him to Valhalla.

Before Eririk died, he sent a message to his stepmother Aslaug informing her about what had happened. He knew that she would demand revenge for his and Agnar’s death. Eirik was correct.

When Aslaug learned about the death of Eirik and Agnar, she gathered her sons and traveled under a different name, Randalin, to Sweden. Her army consisted of 1500 Viking warriors, and the destination was Kin Bele’s fort.

When the two Viking armies met, a battle broke out. It lasted for many hours until King Bele’s army finally defeated and the Viking Chief had to surrender.

Lodbrok Doesn’t Appreciate Vengeance Behind His Back

Ragnar Lodbrok did not appreciate Aslaug’s actions. He was far furious that his wife had gone behind his back and punished his excellent friend King Bele. How did Aslaug dare launch an attack without asking him, the great Viking warrior?

Of course, was bothered Lodbrok was that his sons’ latest battle against King Bele would undermine his own military achievements. 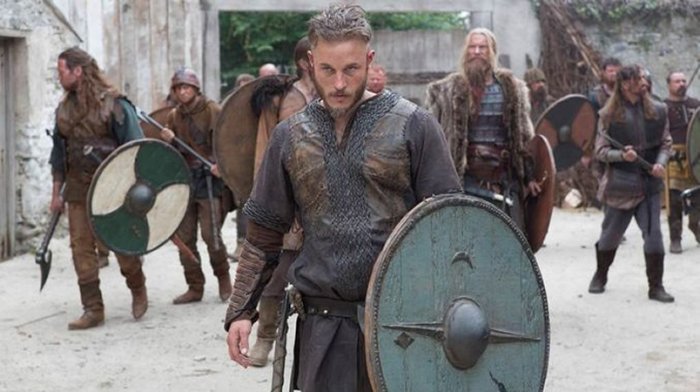 So, he quickly decided to gather an army, sail to England and conquer new land. Aslaug warned Lodbrok against the journey, but he refused to listen. The Sea King of the North took his warriors and set foot on England’s coast. His plundering in England was unwelcome.

It took a while, but the Anglo-Saxon Christian King Aella of Northumbria eventually captured Ragnar Lodbrok and executed him by throwing him into a pit filled with poisonous snakes.

One can ask whether Aslaug’s revenge on King Bele was motivated by the love for Eirik and Agnar or hatred based on past events. Before Ragnar married Aslaug, King Bele tried to persuade Lodbrok to reject Aslaug and marry Ingeborg, a Swedish princess.

It should be mentioned that the Tale of Ragnar Lodbrok is a sequel to the Völsungs Saga.