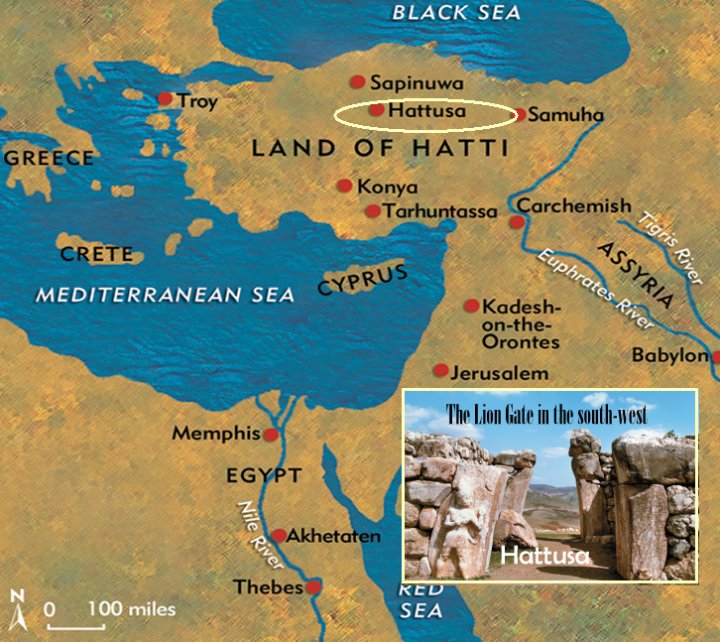 We travel to the eastern part of the Mediterranean Sea Anatolia called Asia Minor, present-day Turkey. Today there are only ruins of that what once was the capital of the Hittite Empire in the late Bronze Age – Hattusa.

Its ruins are located near modern Boğazkale,  a district of Çorum Province in the Black Sea region of Turkey. The Hittites were feared as warriors, and  they were considered a great power. Their empire was one of the strongest civilizations in the ancient world.

Then the fall of the Hittite Empire came and it was not caused by the growing power of the Assyrians of what is now northern Iraq out of the area controlled by the Hittites and the Egyptians.

The terrible blow was delivered by the so-called "Sea People," a group of possibly Indo-European tribes of disputed origin who attacked much of the Middle East by land and sea around 1200 BC…