AncientPages.com  - On September 28, 1821, the Declaration of Independence of the Mexican Empire from the Spanish Empire was drafted in the National Palace in Mexico City.

It was made public on 13 October. 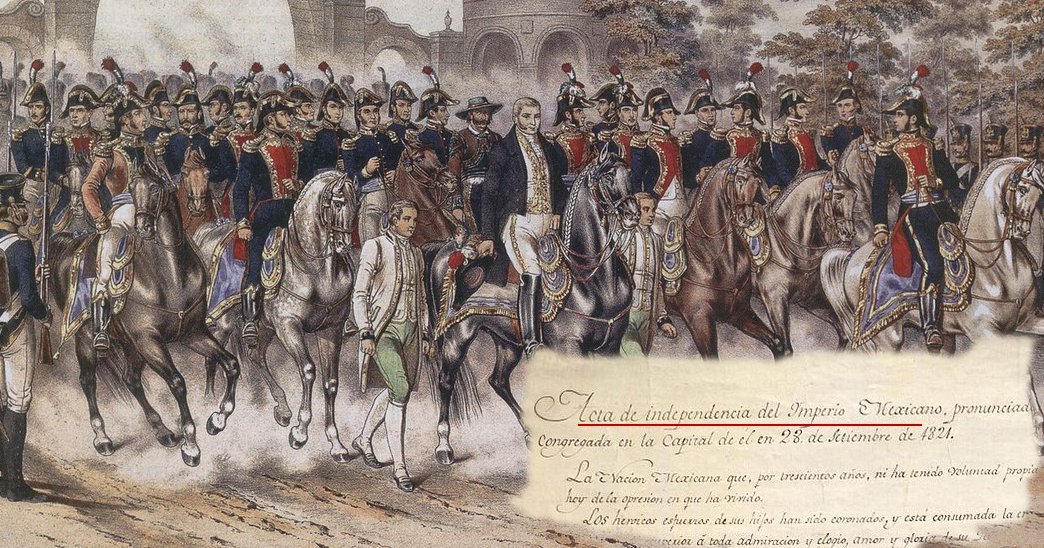 On September 27, 1821, eleven years and eleven days after the Grito de Dolores, the Army of the Three Guarantees headed by Agustín de Iturbide entered to Mexico City, concluding with that the Mexican War of Independence.

This important document existed in three copies. One of the copies was destroyed in the fire of the Chamber in 1909.

The second copy of the act was stolen and sold in 1830. That copy was recovered by Maximilian I of Mexico and after his execution it was taken out of the country by Agustín Fischer, confessor of the former emperor.

Later, the Spanish antiquarian Gabriel Sánchez sold the act to the historian Joaquín García Icazbalceta who retained it and subsequently gave it to his son Luis García Pimentel. García Pimentel sold the act to Florencio Gavito and he stipulated in his will that after his death, the act should be given to the president Adolfo López Mateos.

On November 14, 1961, the result of two opinions were given to the president by which it was found that the act is one of the two originals drafted in 1821. On November 21, Florencio Gavito Jáuregui gave the document to President López Mateos.

The third copy was owned by the Ruiz de Velasco family for 128 years. This document was passed down through generations from Nicolás Bravo. On August 22, 1987, Pedro Ruiz de Velasco gave the document as a gift to Mexico. José Francisco Ruiz Massieu accepted this gift and secured this historical document in the Museo Historico de Acapulco Fuerte de San Diego in Acapulco in the State of Guerrero.

The document, which has a long history, is 20½ inches wide and 28¾ high, is currently kept at the General Archive of the Nation.