AncientPages.com - On September 22, 480 BC, the battle of Salamis in the Greco-Persian Wars was fought. The place of this encounter was located between the island of Salamis and the Athenian port-city of Piraeus.

In this battle, the Greek fleet managed to defeat much stronger and larger Persian naval forces.  in the straits at Salamis. 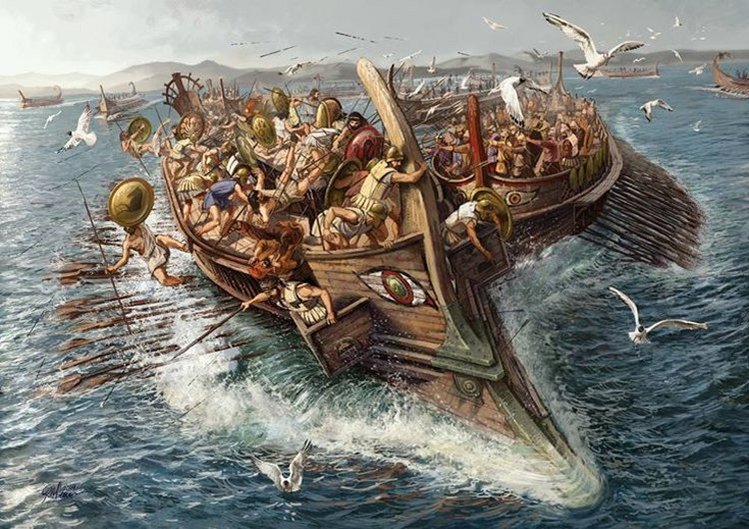 By 480 the Persian king Xerxes and his army had overrun much of Greece, and his navy of about 800 galleys bottled up the smaller Greek fleet of about 370 triremes in the Saronic Gulf.

The Greek commander, Themistocles, then lured the Persian fleet into the narrow waters of the strait at Salamis, where the massed Persian ships had difficulty maneuvering. The Greek triremes then attacked furiously, ramming or sinking many Persian vessels and boarding others.