Edison – known as the “Wizard of Menlo Park” is considered by many the worlds’ greatest inventor.

He is credited with 1,093 US patents in his name and several patents in the United Kingdom, Germany and France. 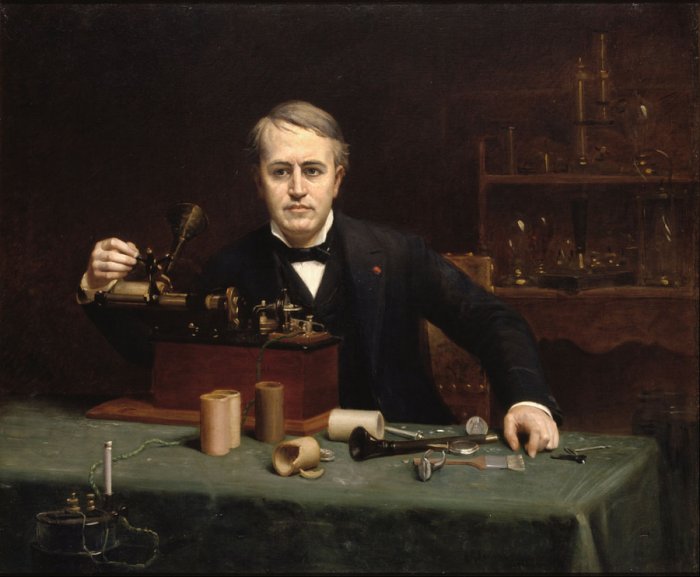 Born in Milan, Ohio in 1847, Edison spent much of his youth in Michigan. He attended school briefly but was mainly educated at home by his mother and in his father's library.

He found ways to earn money by selling snacks and newspapers to passengers on trains. His free time he devoted to chemical experiments, which he conducted in a baggage-car laboratory. 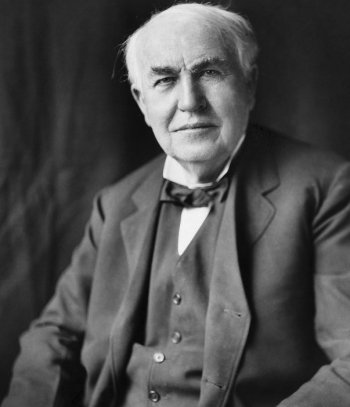 In 1877, he invented the phonograph, the first device to both record and play sound.

Demonstrating the machine by playing a track of “Mary Had a Little Lamb” he had made himself, Edison astounded the public.

Later other inventions followed and all of them contributed to widespread using of technology; electric light and power utilities, sound recording and motion pictures, all very useful in major new industries worldwide.

Edison developed a system of electric-power generation and distribution to homes, businesses, and factories – a crucial development in the modern industrialized world. His first power station was on Pearl Street in Manhattan, New York.

He has been described as America’s greatest inventor. Until his death on October 18, 1931, he was working on his projects.