AncientPages.com - Evidence of a civilization that existed more than 1,300 years ago was unearthed in less than 20 centimeters of soil Monday at Philippi Estate Park in Sarasota.

A thick shell showing signs of wear is believed to be a “quahog anvil chopper,” according to interim Sarasota County archaeologist Steve Koski, thought to be from the Manasota Period — 1,300 to 2,500 years ago.

Manasota settlements were located in hammocks near bays and estuaries providing access to fish and shellfish, as well as terrestrial plants and animals in the nearby pine flatwoods and in freshwater streams and ponds. Credits: Pinellas County, Florida

The native people who lived at Yat Kitischee were associated with a prehistoric culture known as Manasota. This culture extended geographically from present day Sarasota County north to Tampa Bay. The Manasota culture evolved from the earlier Archaic cultures of mobile hunters and gatherers that began settling permanently along the west coast of Florida around 3000– 4000 b.c.

These Archaic peoples were themselves descendants of Florida’s first inhabitants, known to archaeologists as Paleo-Indians, who arrived here 12–14,000 years ago. 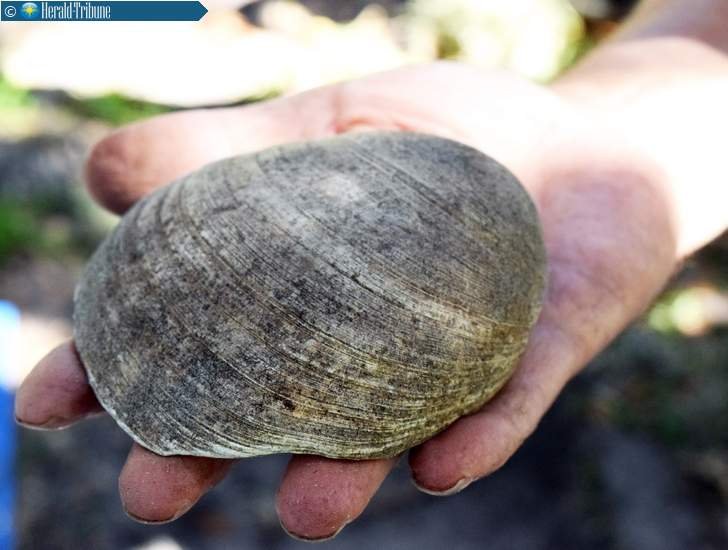 A shell that archaeologists say could be a quahog anvil chopper, according to Sarasota County Archaeologist Steve Koski. STAFF PHOTO / CARLOS R. MUNOZ

Unlike their Paleo-Indian and Archaic ancestors, the people of the Manasota culture were fully adapted to a coastal environment, and their archaeological sites contain artifacts and other features that reflect this adaptation, 'writes Herald Tribune.

Archaeologists were confident that artifacts from three different time periods — the Archaic, 3,000 years ago; Manasota; and 20th-century — could be concealed beneath the soil at the park west of South Tamiami Trail, and south of Phillippi Creek. 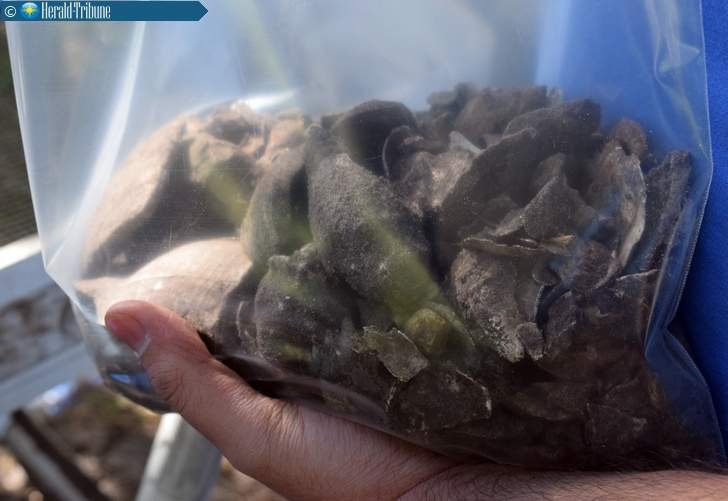 “Right now we are focusing on the midden site from the Manasota Period. Manasota are Native Americans who lived a couple thousand years ago in this area,” said Dr. Uzi Baram, professor of anthropology and director of public archaeology at New College of Florida.

“They lived in small villages where there would be an accumulation of material. We call that accumulation a midden.”

Sarasota County bought the land in 1986 and evidence of habitation was found in the park during an excavation in 1988, which Baram said was studied to determine dig locations.

“The process is very straightforward using shovels and trowels,” Baram said. “We excavate in a controlled manner so that we know exactly where we are on a map. All the dirt is screened using mesh with several people looking to collect all the materials.”

All shells and tools collected from holes are marked in 10-centimeter increments.

Students from New College will begin cleaning the material collected during the spring semester, Baram said. Some of those items will be returned to Phillippi Estate Park for public display.

Dozens of local residents surrounded three dig sites on Monday, including local history buff Wayne Hall of Sarasota, who brought items he found in Sarasota County with him to be identified.

“I'm into this stuff,” Hall said. “I've came out here and found (tools) on the top of the ground. It's neat to put your hands on something that you know 1,300 years ago someone had their hands on it.”

The excavation continues today, and is open to the public.