AncientPages.com - On December 3, 1872, a translation from Babylonian cuneiform tablets of the Chaldean account of the deluge was read by George Smith (1840 - 1876), an English archaeologist and Assyriologist, before the Society of Biblical Archaeology in London.

This translation was similar to the biblical account of the Flood in Genesis, though older than the Bible. The document caused a sensation among scholars. 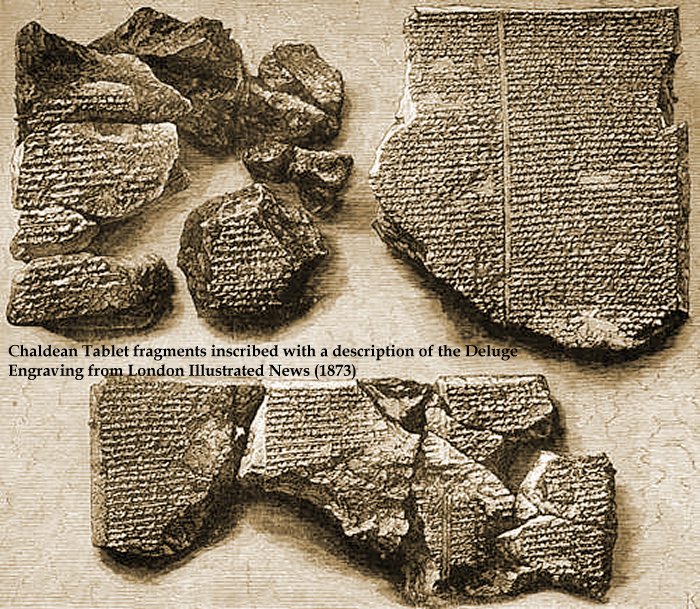 Smith was particularly interested in cuneiform inscriptions. He spent much of his time teaching himself how to decipher cuneiform by studying the inscriptions available at the British Museum.

It is now known as the eleventh tablet of the Gilgamesh epic.

The following year, the Daily Telegraph newspaper, aware of its value as a media event, provided funding for Smith on behalf of the British Museum.

Smith was authorized to assume archaeological fieldwork at Nineveh to seek more tablet fragments of the flood story.

Smith began his fieldwork in 1873 at Nineveh (modern-day Mosul, Iraq), one of antiquity's oldest and greatest cities. The area of Nineveh was settled as early as 6000 BC.

Soon, Smith discovered many more tablet fragments of the flood story and others on the Babylonian dynasties. He published his work in The Chaldean Account of Genesis (1876).

He died at age 36 of a fever while excavating more of Assurbanipal's library.