AncientPages.com - A new study suggests that medieval people were exposed to hazardous heavy metals like lead, which was frequently used to glaze pottery. The poor, who could not afford such items, avoided the high levels of exposure.

Being rich in the Middle Ages, had its advantages, but being able to afford expensive and beautiful crockery was not one of them.

"One of the worst side effects of lead is that it leads to lower intelligence in children. After a few generations [of lead consumption] it could become really bad," says co-author Associate Professor Kaare Lund Rasmussen, from the Department of Physics and Chemistry at the University of Southern Denmark. 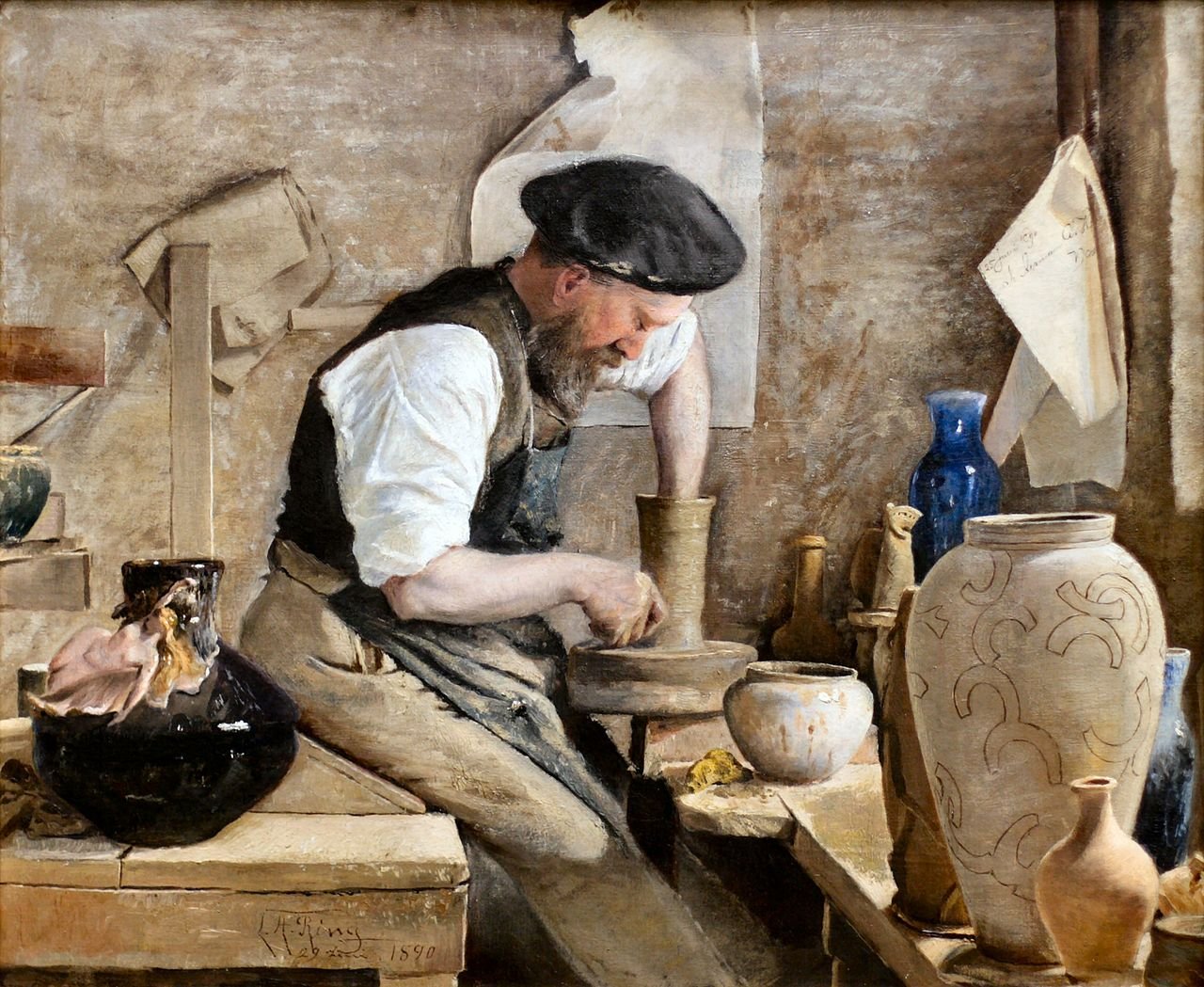 Archaeologist Mikael Manøe Bjerregaard from Odense City Museums in Denmark is full of praise for the new research.

"Although we’ll never have the names of these medieval people, we can still say a lot about their standard of living. It’s fascinating that we can get that close," says Bjerregaard, who was not involved in the study.

The researchers examined the lead content of 283 skeletons from six cemeteries in Denmark and Germany, dating back to the Middle Ages between 1000 and 1536 CE, and represent both urban and rural communities.

These expensive ceramics were a status symbol for the wealthy urbanites in the Middle Ages, but they also exposed them to dangerous lead poisoning. (Photo (left): Kaare Lund Rasmussen. Photo (right): Birgitte Svennevig)

The researchers compared the lead content in skeletons from the city with those from the country, and saw that city dwellers had significantly higher levels of lead that those living in the country.

The cause, says Bjerregaard , was expensive ceramics decorated with a lead oxide glazing. 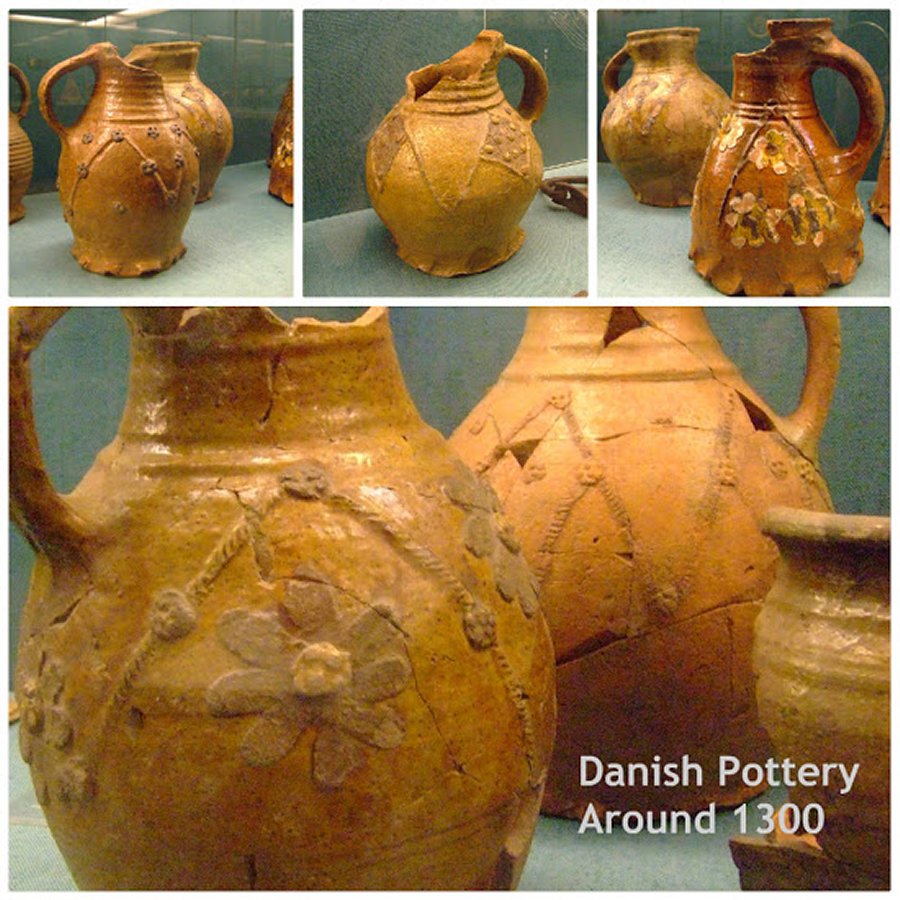 Ceramics were glazed with lead oxide to prevent the baked clay from absorbing foods and liquids, which otherwise made them a nightmare to clean.

The lead oxide glaze would coat the inside of the bowl, protecting the clay beneath. And it had an added advantage of being transparent, so a variety of colours could be added for decorative affect.

"However, it has side effects: if you use it for acidic or salty foods then the lead in the surface can be dissolved and leak into the food,” says Rasmussen.

Bjerregaard is not surprised that wealthy people in urban areas were exposed to lead. He believes the findings provide an important perspective that archaeology has not dealt with much before--the health hazards associated with the glazed ceramics. 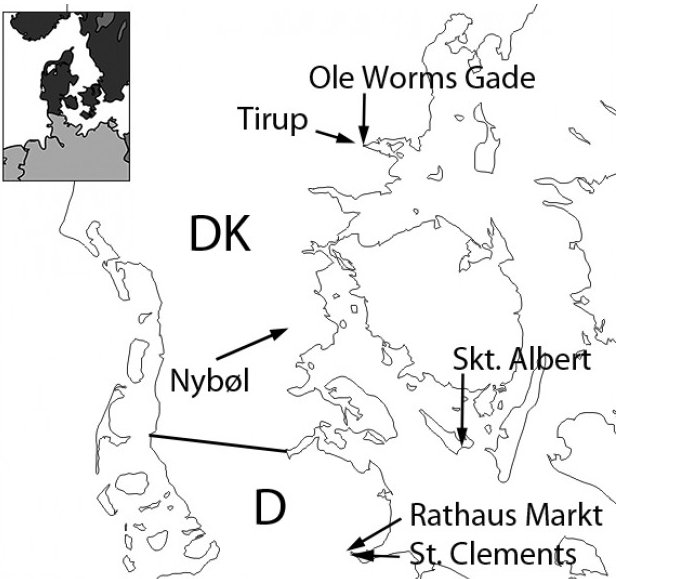 The map shows the locations of the cemeteries in Denmark and Germany that were used in the study. (Figure: Journal of Archaeological Science: Reports)

"It's partly something that could have been deduced, because there are many crafts that worked with lead. For example lead glazed windows and roofs, which were urban phenomena. But it's exciting that we now have concrete chemical evidence of it," said Bjerregaard.

A combination of chemical analysis and archaeological techniques allowed Rasmussen and colleagues to get this close to medieval culture. By the same method, they also found out that townspeople were exposed to more mercury than their contemporaries in the countryside.

"Traditionally in archaeology we’ve been limited to what we could physically observe, such as broken legs which had healed, blows to the head, and a few diseases that sat on the bones. We couldn’t get any closer than that, but now we can," says Bjerregaard.

The new study is published in the Journal of Archaeological Science: Reports.