Conny Waters - AncientPages.com - Researchers studied the movement of people at a Bronze Age city Alalakh (Tell Atchana) in present-day southeastern Turkey, during the period from 1600-1200 BC, when powerful empires from Anatolia, Mesopotamia, and Egypt set up large networks of subordinate client kingdoms in the Near East. 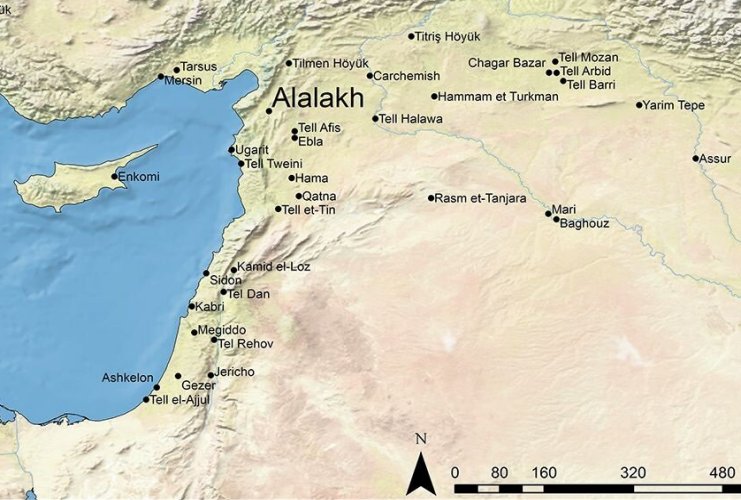 The study indicates that the majority buried at Alalakh was raised locally and descended from people who lived in the region.

The team's goal was to see if the high levels of interregional connectivity evidenced by the architecture, texts, and artifacts found at the site during 20 years of excavations, sponsored by the Turkish Ministry of Culture and Tourism and Hatay Mustafa Kemal University, could be detected among the population buried at the city.

To do so, they conducted strontium and oxygen isotope analyses on tooth enamel, which can detect whether an individual grew up locally at Alalakh or moved there only during adulthood. The genetic data on the other hand can be used to determine where a person's recent ancestors came from.

The isotope analysis identified several non-local individuals. However, their DNA showed an ancestry that was local to Alalakh and neighboring regions. "There are two possible explanations for our findings," said co-lead author Stefanie Eisenmann from the Max Planck Institute for the Science of Human History. "Either these individuals are short-distance migrants from the region or return-migrants, people whose parents or grandparents originally came from Alalakh." 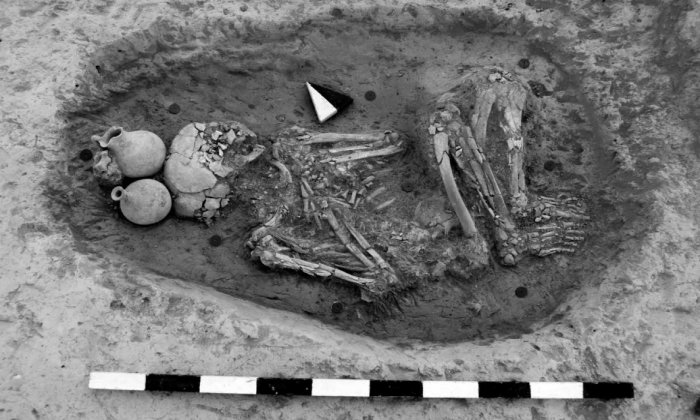 The dead at Alalakh were usually buried in simple pit graves and often with ceramic vessels close to their heads. Credit: Murat Akar, Tell Atchana Excavations

Only one sampled individual, an adult woman, was not part of the local gene pool, instead showing ancestry that most closely matched groups in Central Asia. However, her isotopic signatures suggested a local upbringing.

"We expected the isotope analysis to show that this person immigrated to Alalakh, since her genetic data was so different from the rest of the population, so we were surprised to see that she was likely native to Alalakh. It could have been her parents or grandparents who made the move, instead," explained Tara Ingman, the other lead author of the study from Koç University.

While different types of mobility were identified, including short-distance, long-distance, and return migration, there were no complete foreigners in the dataset. Most people were born and raised at Alalakh and also their ancestors came from the region.

"There are several ways to explain this. It is possible that far less long-distance migrants were living at Alalakh than we had previously thought. Another possibility is that we haven't found their graves, yet. Perhaps most individuals that came from far away were not buried directly at Alalakh, or in a way we cannot trace," said Murat Akar, director of the excavations.