Conny Waters - AncientPages.com - Archaeologists in Georgia have found a 1.8-million-year-old tooth belonging to an early species of human.

"The tooth was discovered near the village of Orozmani, around 100 km (62 miles) southwest of the Georgian capital of Tbilisi, near Dmanisi where human skulls dated to 1.8 million years old, were found in the late 1990s and early 2000s," Reuters reports. 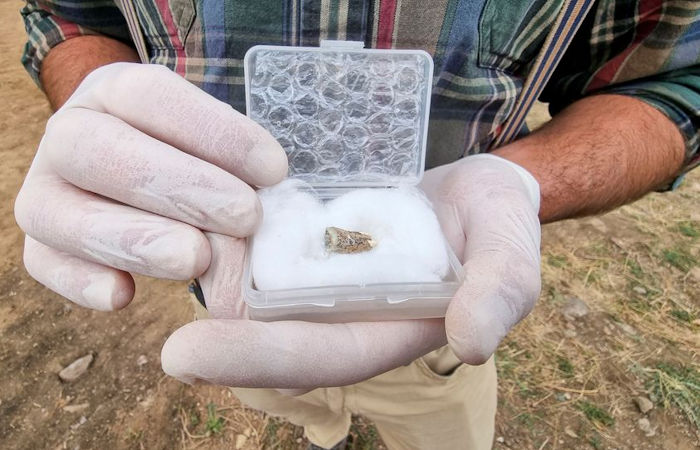 Giorgi Bidzinashvili, an archaeologist and the dig team's scientific leader, demonstrates a tooth belonging to an early species of human, which was recovered from rock layers presumably dated to 1.8 million years old, near an excavation site in Dmanisi outside the village of Orozmani, Georgia, September 8, 2022. The discovery of the tooth provides yet more evidence that the mountainous south Caucasus area was likely one of the first places early humans settled after migrating out of Africa, experts said. Credit: Reuters  - David Chkhikvishvili

The prehistoric tooth was discovered near the village of Orozmani, about 100 kilometers (60 miles) southwest of Georgia's capital, Tbilisi. According to scientists, it is a region that was home to one of the earliest prehistoric human settlements in Europe.

"Orozmani, together with Dmanisi, represents the center of the oldest distribution of old humans - or early Homo - in the world outside Africa," the National Research Centre of Archaeology and Prehistory of Georgia said, announcing the discovery of the tooth,

As reported by Reuters, "Giorgi Bidzinashvili, the scientific leader of the dig team, said he considers the tooth belonged to a "cousin" of Zezva and Mzia, the names given to two near-complete 1.8-million-year-old fossilized skulls found at Dmanisi. 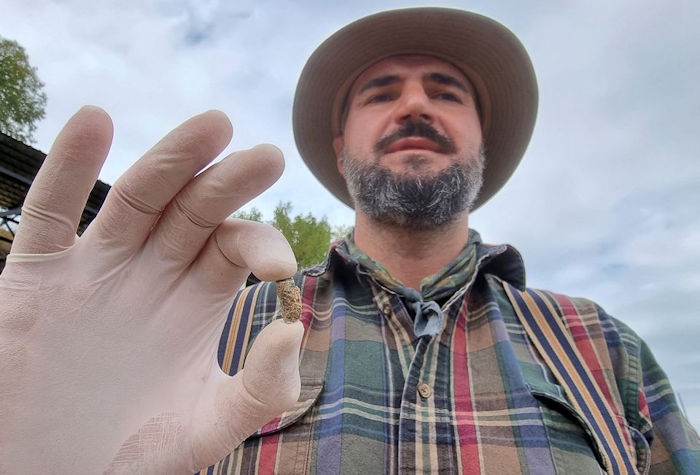 "The implications, not just for this site, but for Georgia and the story of humans leaving Africa 1.8 million years ago are enormous," said British archaeology student Jack Peart, who first found the tooth at Orozmani.

"It solidifies Georgia as a really important place for paleoanthropology and the human story in general," he told Reuters.

The oldest Homo fossils anywhere in the world date to around 2.8 million years ago - a partial jaw discovered in modern-day Ethiopia.

Scientists believe early humans, a hunter-gatherer species named Homo erectus, likely started migrating out of Africa around two million years ago. Ancient tools dated to around 2.1 million years have been discovered in modern-day China, but the Georgian sites are home to the oldest remains of early humans yet recovered outside Africa.