AncientPages.com - Nearly 50 people living in a cave and living off passing travellers by robbing, killing, butchering and eating them.

The legend of Alexander Sawney Bean, and his clan of 48, has been a staple of Scottish folklore since the 1800s. 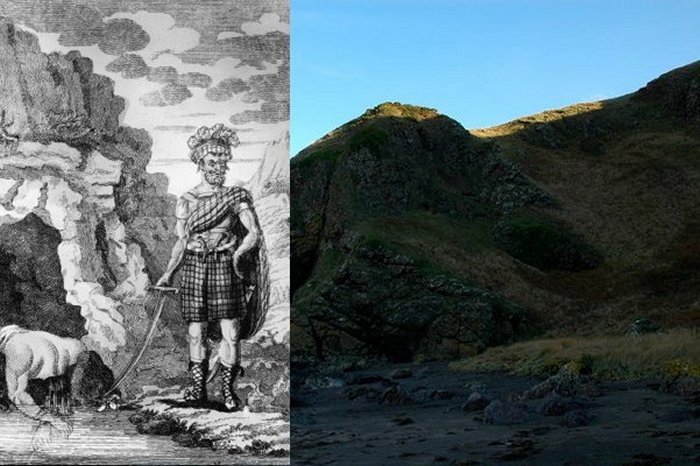 So much so that the cave where he "lived with his common-law wife, children and grandchildren' is at the centre of a tourist trail at Bennane Head between Girvan and Ballantrae on the Ayrshire/Galloway coast.

Now an archaeologist, who has investigated the history of Scottish caves, has cast further doubt on the tale's authenticity.

The legend, according to The Newgate Calendar, a crime catalogue of London's Newgate Prison, says Bean was born in East Lothian in the 1500s into a ditch-digging, but fled with a woman who became his common-law wife to the coastal cave. 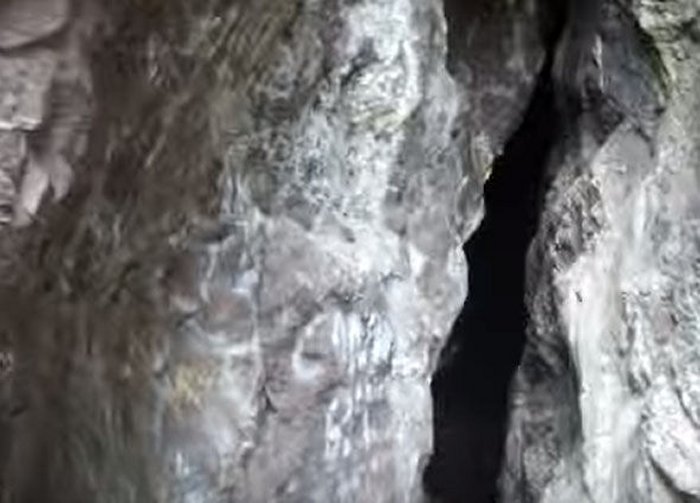 The entrance to Sawney Bean's cave.

Over the next 25 years they had 14 children, who, through incest, had 32 grandchildren, while the whole clan existed by robbing, murdering and eating anyone who passed their way.

The cave was said to be filled with pickled and hanging body parts, and the clan was only discovered after more than 1,000 travellers went missing.

After a man eventually escape capture, the clan was found after King James I led a hunting part and taken to Edinburgh for execution, the story says.

Professor Ian Armit, of the school of archaeological sciences at the University of Bradford, who has been investigating caves in Scotland, believes there is a supernatural element to the tale. 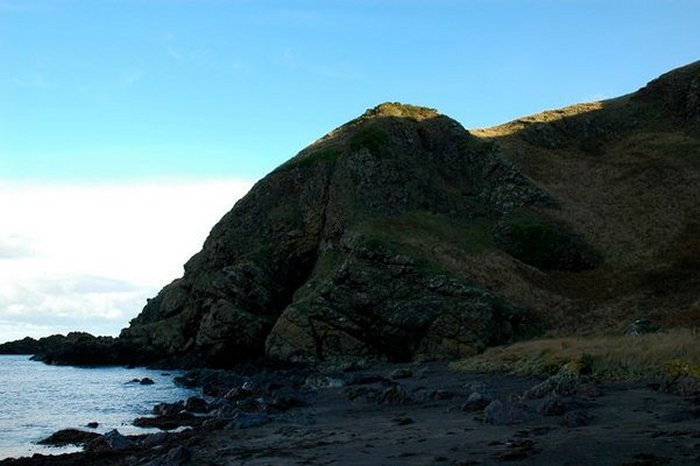 He said: "There was never any firm evidence Sawney Bean was there, but the story gathered momentum and it seemed entirely natural to people that he should inhabit this cave.

"But the fact that his savage children and grandchildren who existed through killing and eating travellers had no names in any of the stories is strange and almost supernatural."

He said the tale seemed to cross over from human to supernatural with the so-called family  living halfway between the human world above ground and the supernatural below.

He said: "Sawney Bean's children were half way between being children and something wild and savage.

"Everything is up in the air if you really look at the stories about him (Sawney Bean) and stories of the use of caves around the world which often involve the merging of the real world with something separate." Professor Armit is not alone in his theory that Bean's cannibal clan may actually never have existed. Mysteriousbritain.co.uk said for such an horrific legend, there is next to nothing in official records detailing nay of it.

It said: "There are many factors which suggest the story is an 18th Century invention. It seems that the legend first saw print in the early 18th Century in the lurid broadsheets and chapbooks of the time."

Some say it was an invention of the British to denigrate the Scots.

It added: "Another sticking point is that there are no contemporary records from the time that even mention Sawney Bean. 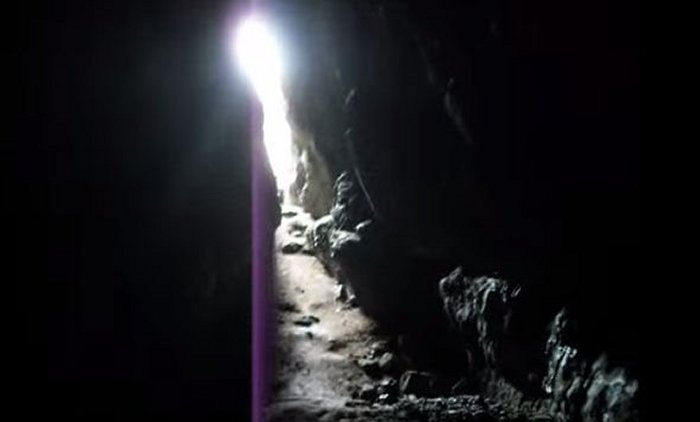 Although there are 'relatively' few records from the time, it is strange that such a high profile story, with the added involvement of the King James IV, has no historical evidence at all.

"It is possible that a grain of truth exists somewhere in the story. It is also impossible to conclusively prove that there is no truth at all in the story."

But one local psychic medium who investigated the case was convinced it was true.

Tom Robinson, who says he has exorcised the cave, alleged to have found evidence that it was haunted by several of the family's victims, and that rather than being executed in Edinburgh, the clan was sealed in their cave to die.

Unless further evidence comes forward either way, it is likely to remain a mysterious legend.

And there are some records around the time of Bean's supposed existence that there was famine and cannibalism in Scotland.

Some believe Bean may be a myth based on the true story of Christie Cleek, a Perthshire butcher, who in the fourteenth century led a team of scavengers hunting for animals in the Grampians during a famine.

When others in the group starved to death, they went on to eat them before developing a taste for human flesh and butchering around 30 people before the authorities rounded them up.