AncientPages.com - On December 18, 1888, the Cliff Palace at Mesa Verde, Colorado, was discovered by rancher Richard Wetherill (1858- 1910) and his brother-in-law Charlie Mason, who were riding across the mesa top looking for stray cattle.

Richard Wetherill, perhaps the most influential amateur archaeologist of the late 19th century, was involved in excavation of the ruins and devoted several years to exploring the archaeology of the region. 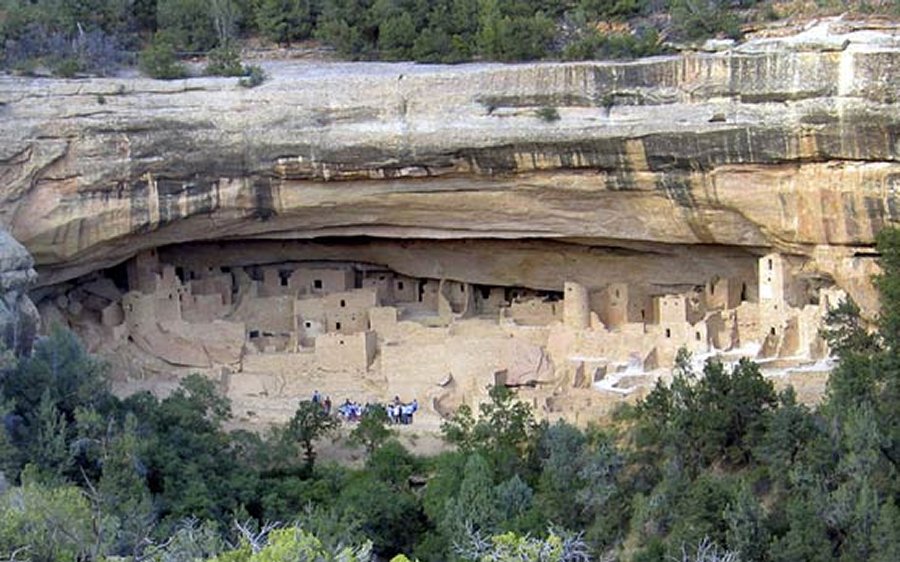 These ruins of the largest and most famous cliff dwelling in North America, are now preserved in Mesa Verde National Park. In the 1200s, the Anasazi, an ancient pueblo people, built 150 rooms and 23 large, round kivas (used for rituals) within a large rock shelter, high on a cliff. Rooms, about 6'×8'(2×2.5m) were constructed of sandstone blocks, with mortar made from soil, water and ash.

The Cliff Palace had a population of approximately 100 people.

The size of the doorways in Cliff Palace and other cliff dwellings gives some clues about the size of the people who once lived there. 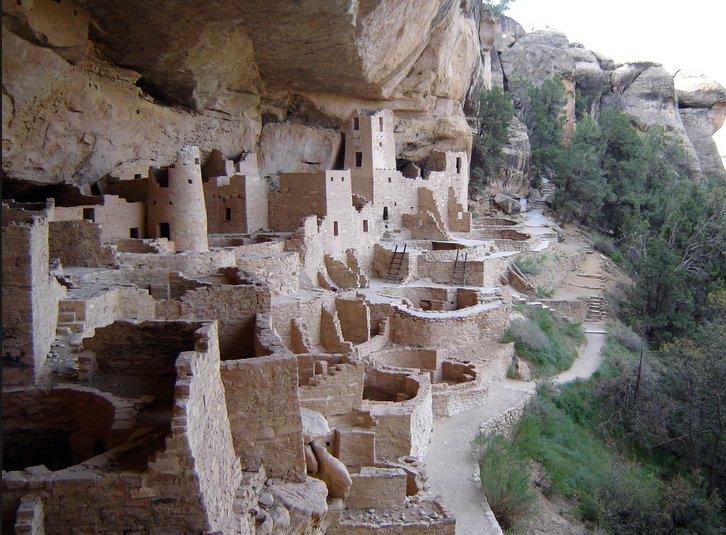 Most people lived an average of 32-34 years, however some people did live into their 50s and 60s. Approximately 50% of the children died before they reached the age of five.

Out of the nearly 600 cliff dwellings concentrated within the boundaries of the park, 75% contain only 1-5 rooms each, and many are single room storage units.

Sandstone, mortar and wooden beams were the three primary construction materials for the cliff dwellings. The Ancestral Pueblo people shaped each sandstone block using harder stones from nearby river beds. The mortar between the blocks is a mixture of local soil, water and ash. Fitted in the mortar are tiny pieces of stone called "chinking,"  filled the gaps within the mortar and added structural stability to the walls.

Over the surface of many walls, the people decorated with earthen plasters of pink, brown, red, yellow, or white

It is thought that Cliff Palace was a social, administrative site with high ceremonial usage.