Ellen Lloyd - AncientPages.com - Indian legends relate the story of a powerful lady who brought the gift of maize from the heavens.

Ancient Egyptians tell how the goddess Isis came down form the heavens with white and red barley, wheat and corn. 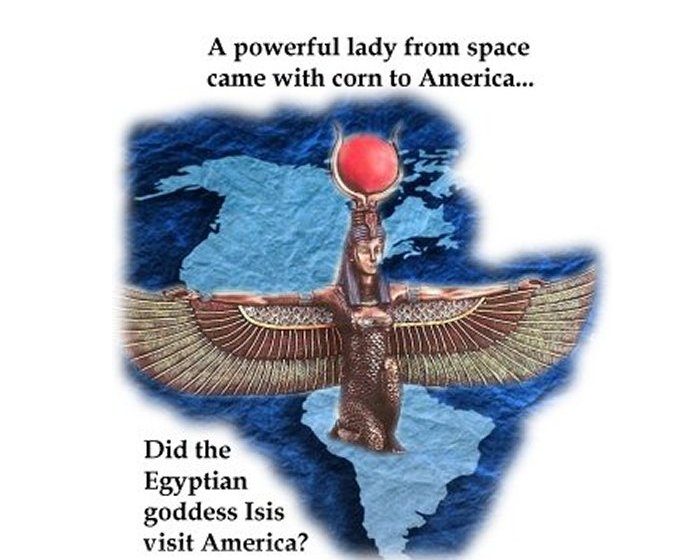 American Indians could not have known of Egyptian legends and yet the stories are almost identical.

Did the Egyptian goddess Isis visit America? According to botanists, there are several cultivated plants of unknown origin. Where they brought to Earth from an alien planet? 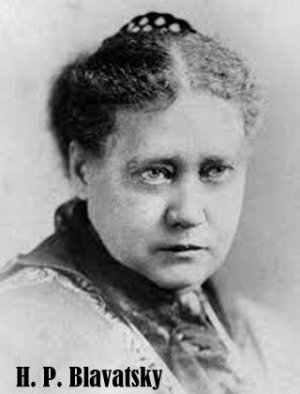 In Peru, there is a certain medicinal plant known as "Star-reed", and a substance called "Starshoot" that can be found in marshes. It is believed to have arrived on Earth from a shooting star.
According to the Indians of Canada and the Buffalo Hunters of the Great Plain, the Corn Mother was a member of the sky people.

In prehistoric times, she descended from the heavens and gave people the gift of maize.

She also taught natives wonderful things about the planets, stars, the Moon and Sun, and the marvels of the Universe. The Great Plain Indians believe that tobacco was also brought from the sky by the gods.

The Indian legends of the Corn Mother take us directly to ancient Egypt and the story of the goddess Isis who also introduced several food items to the people.

In H.P. Blavatsky’s (1831-1891) The Secret Doctrine (1888) it is written that the gifts of wheat and corn were brought to ancient Egypt by the deities Isis and Osiris who descended from the skies.

Manetho of Sebennytus, an Egyptian priest and historian who lived during the reign of Ptolemy II (283-246 B.C.) wrote in one of his works that Isis who came from the Constellation of the Dog, Canis Major which is 8.7 light years away was the first person to bring the gifts of wheat and corn from cosmos.

Isis was also credited for the introduction of beer brewing in ancient Egypt.

Seshat: Goddess Of Astronomy Aligned Sacred Monuments To The Stars Long Before Imhotep

The famous Swiss botanist Candolle (1778-1841) recorded that the origin of 32 cultivated plants is unknown, and there is a doubtful origin for another 40.

In his work, Timaeus, Plato (427-347 B.C.) wrote that many varieties of flowers and fruit came from Atlantis.

According to a Theosophical belief, the banana was developed from a melon on the lost continent of Atlantis.
The true origin of for example the banana, plantain, cocoanut, and wheat has not been discovered. The Imperial Lily, Lilac, Taberose and certain roses are plants of unknown origin. Were they brought to Earth by ancient astronauts from their home planet? 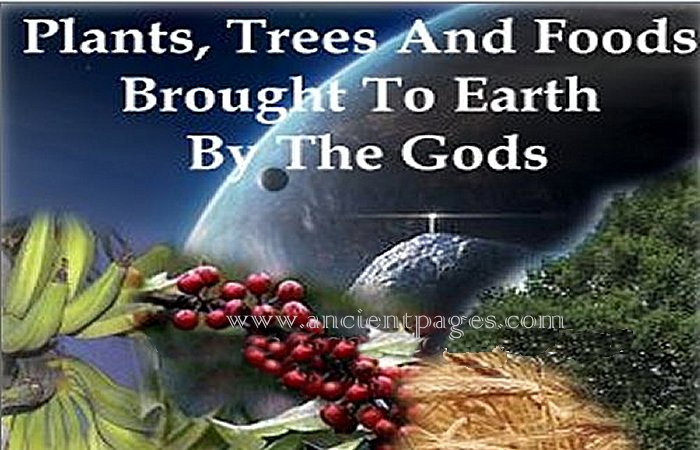 Did perhaps Kuan-Yincome from the Seven Sisters constellation?

Chrysanthemum was also sacred to the ancient Chinese. An old Chinese legend tells that Hoso, the Great Grandson of the Emperor Juikai lived 800 years without any bodily deterioration. He always remained young because he drank the dew of this holy flower.

The Druids regarded the mistletoe as a gift from heaven. It was considered the most sacred thing on Earth.

The Oak tree was sacred to the Druids. In India, the Banyan and Ficus trees are sacred to the Brahmins and Buddhists. The beautiful “Forget me not” flower is believed by Brahmins to have come from the Paradise.

The Aztecs and Maya believed that the cocoa bean was a “gift to man from the gods” and the spruce is sacred to the Hopi Indians.

All ancient cultures had plants, trees and food items that were sacred and dedicated to the gods. It is also commonly known that every ancient civilization has legends and myths of prehistoric cosmic visitors who taught agriculture to men of Earth. About one million years ago, the “age of flowers” suddenly began and botanists remark that before that time, no angiosperms of flowering plants bloomed on Earth. It would seem that many of our flowers and plants do not originate on Earth but on an alien planet.