A. Sutherland - AncientPages.com - Egypt’s most mysterious and most interesting figure is the god Thoth (or Djehuty), as the Egyptians called him. This god was highly venerated in the Egyptian pantheon and had many names and titles. 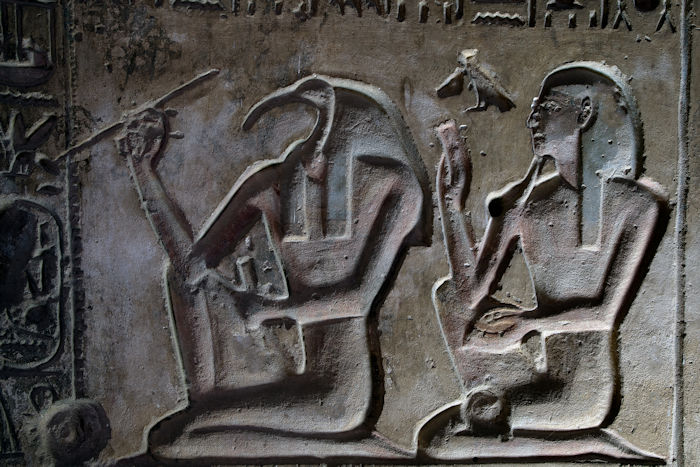 Among numerous references to Thoth, there are late-period (700–323 BC) writings that describe him as a god, holding the heart and tongue of Ra and in the earliest writings of the ancient Egyptians such as The "Palermo Stone" versus "The Coffin Texts." This mysterious God was not considered as a god but a flesh-and-blood ruler and a divine teacher of humans, who left his most important legacy for them - a great library of knowledge and science.

According to Plato and the translation of "The Book of the Dead" (Budge, E. A. Wallis, 1960), Thoth revealed to the Egyptians astronomy, counting, geometry, and writing. There are references to Thoth and his Atlantean origin. 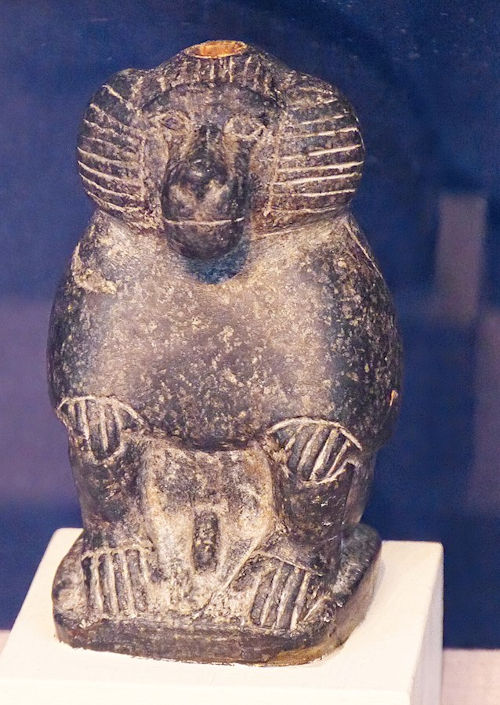 “The Americana: A Universal Reference Library” 1908 edition, writes that Thoth “…is the god of time and its divisions; he is the measurer and god of measurements.

He is the conductor of the dead.

He is also the god of human intelligence, to whom are attributed all the productions of human art . . . all the literature of Egypt is attributed to him—all the writings that relate to the different sciences, mathematics, astronomy, medicine, music.

Thoth is also credited with the invention of alchemy and magic…”

Scribes in ancient Egypt considered him as a role model.

They saw themselves as “followers of Thoth,” and in one hymn, there was a warning that the baboon – an earthly emblem of Thoth – always kept its eye on the scribes’ work to ensure that they were worked efficiently during their office hours.

As the god who oversaw all scientific and literary achievements, Thoth was in charge of “the sacred books in the “House of Life” ('Per-ankh'), such ‘houses’ were centers of knowledge run by priests in ancient Egypt, and several of them are known to have existed at Abydos, Memphis, Edfu, Koptos, Akhmim, Esna and Akhetaten.

The sacred books in the “House of Life” contained all collected scientific writings dealing with the wisdom of Egypt. Among them was also “The Book of Thoth,” forty-two papyrus scrolls with a great variety of subjects, which Thoth himself most probably dictated.

Four of the papyri of “The Book of Thoth” were devoted to astrology and astronomy. The rest of the book contained hymns to the great god Thoth and treatises on medicine, philosophy mixed with religious, ceremonial traditions. It remains a mystery that no copy of this remarkable book has ever been discovered, but many fragments of the “Book of Thoth” are mentioned in several other papyri. According to one theory, there was once a copy of this book at the Great Library of Alexandria but was lost in the fire, the 4th century AD. 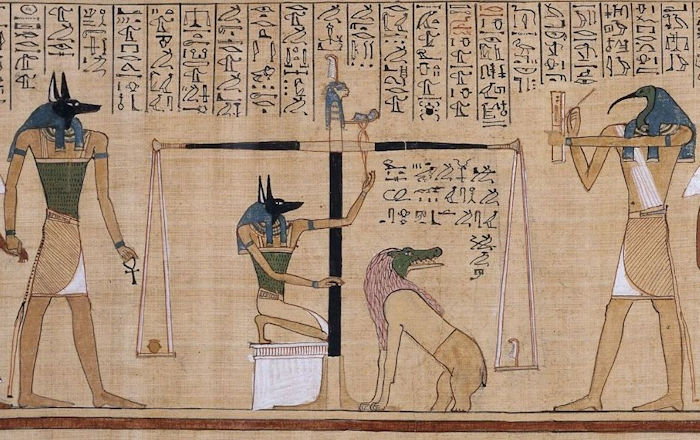 Detail from the Papyrus of Hunefer (c. 1275 BCE) depicts the jackal-headed Anubis weighing a heart against the feather of truth on the scale of Maat, while ibis-headed Thoth records the result. Having a heart equal to the weight of the feather allows passage to the afterlife, whereas an imbalance results in a meal for Ammit, the chimera of crocodile, lion, and hippopotamus. Credit: Public Domain

It has also been proposed that the “Book of Thoth” or at least its copy is hidden in a concealed chamber in the vicinity or inside the Great Pyramid.

Thoth was worshiped at Hermopolis, which the Egyptians knew as Khmunu or Khemenu ("the City of the Eight") and the Greeks called it "the city of Hermes" because they associated Thoth with their god Hermes.

In his book "Ancient Egypt", George Rawlinson mentions a beautiful ancient legend about god Thoth who wrote a mysterious book, full of sacred wisdom and science, which told of everything concerning the birds of the air, and the fishes of the sea, and the four-footed beasts of the earth. This book was not easy to obtain.