Ellen Lloyd - AncientPages.com - Ahimsa is an ancient multidimensional concept strongly emphasizing the importance of non-violence and compassion towards all living beings.

Not causing injury includes not only one’s actions but also thoughts and words. The Ahimsa concept is based on the belief that all living creatures have the spark of divine spiritual energy. This means that if you hurt someone, then you ultimately hurt yourself and violence has karmic consequences.

Ahimsa plays an important part in Jainism, Hinduism, and Buddhism. Many prominent figures strongly believed in practicing Ahimsa, one of them was Mahatma Gandhi (1869-1948) who before becoming a victim of assassination inspired movements for civil rights and freedom across the world.

The practice of Ahimsa is especially strong among Jains. In Jainism, an ancient religion from India the goal is to achieve the liberation of the soul. This is accomplished through reincarnation.

Like Buddhists, Jains believe in reincarnation, but Jainism is based on stricter ascetic beliefs. According to Jainism, all animals and plants, as well as human beings, contain living souls. All of these souls are equal in value and everyone must be treated with the same respect. Ahimsa’s not harming concept applies not only to humans and larger animals, but also to insects, plants, and microbes.

Jains are strict vegetarians and many refrain from eating root vegetables such as potatoes and onions. This is because consuming the root of a plant means the whole plant dies. Jains can eat the leaves of a plant, but not root vegetables.

Violence in Jainism is only tolerated in self-defense and life-threatening situations.

View Of Ahimsa In Buddhism And Hinduism

Ahimsa is an important concept in Buddhism and Hinduism. However, the observance of ahimsa is not so strict as in Jainism. Emperor Ashoka (304 B.C. – 232 B.C) was an Ahimsa follower. Ashoka believed that all living beings should enjoy security, peace, happiness, and live in freedom. He preached vegetarianism and in his inscriptions of the 3rd century BCE, stressed the sanctity of animal life.

Ahimsa under Hinduism tolerate violence but under special circumstances. Wars must be avoided. Conflicts should be solved through sincere dialogues.  Force must be the last resort.

According to Hindus, Ahimsa is not meant to imply pacifism. Using violence in self-defense is allowed, and Hindu scriptures support the use of violence against an armed attacker. This means that criminals are not protected by the rule of Ahimsa.

Morihei Ueshiba, the founder of Aikido stressed that we live in a world full of provoking people and some will out of ignorance, error, or fear, attack other persons or intrude into their space, physically or verbally. Self-defense under Ahimsa is therefore allowed to neutralize the aggression of the attacker and avoid conflict.

Buddhists disapprove of killings because such deeds can result in ending up in the realms of hell. As previously discussed in Ancient Pages, Diyu is the Chinese version of hell partly based on the Buddhist concept of Naraka. According to Chinese beliefs, there is no way to avoid going to Diyu. Everyone who dies must end up in Diyu, but the length of the visit depends on the severity of the sins one committed. It is God Yama who decides when the being’s soul has finished the punishment and can pass from one stage to another. 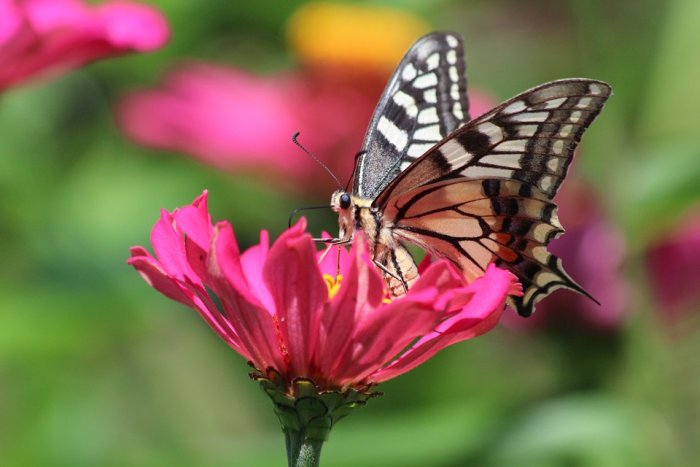 All life-forms have souls and must be respected, according to the teachings of Ahimsa. Image Credit: Public Domain

Ahimsa is also one of the first disciplines every Yoga student must learn. It is required to be mastered in the preparatory stage (yama), the first of the eight stages that lead to perfect concentration.

Ahimsa can be regarded as part of a religion, but it is also a way of life. As Mahatma Gandhi pointed out, “Ahimsa is in Hinduism, it is in Christianity as well as in Islam.”

"Nonviolence is common to all religions, but it has found the highest expression and application in Hinduism (I do not regard Jainism or Buddhism as separate from Hinduism),” he added.

It’s never wrong to show kindness and Ahimsa reminds us that life and our world would be much better if we did not harm each other and other living beings. Ahimsa simply teaches love and compassion towards all life. It’s something everyone can practice, regardless of religion.