AncientPages.com - On June 24, 1348, the terrible Black Death arrived in Britain.

The Black Death, started in the Gobi Desert as a minor disease known as Yersinia Pestis. It first entered the country at Melcombe Regis, what is now Weymouth, a seaside town in Dorset, England. 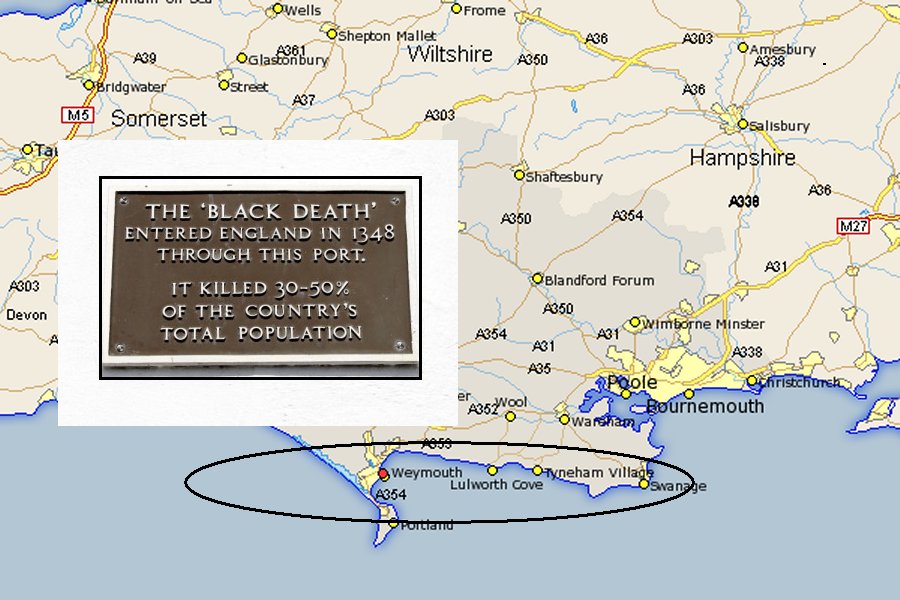 According to several contemporary chroniclers: '....the plague entered other English ports within days or months – it was at Melcombe Regis where it first jumped ship onto English soil:

‘In this year 1348, in Melcombe, in the county of Dorset, a little before the feast of St John the Baptist [24 June], two ships, one of them from Bristol, came alongside. One of the sailors had brought with him from Gascony the seeds of a terrible pestilence and, through him, the men of that town of Melcombe were the first to be infected....’

It swept through England and later it spread to every corner of continental Europe, killing without mercy or discrimination.

Contagion carried quickly, and about two thirds of the population became infected. The morbidity rate was about 66%, i.e. if you caught it, you had a two to one chance of dying. Chroniclers relate how the disease raged in a town for about a month and then left. 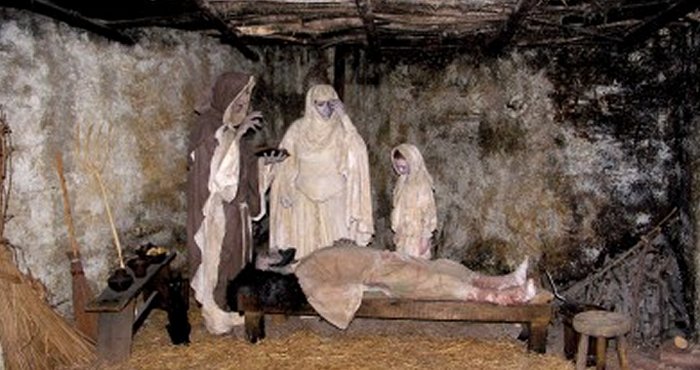 It moved gradually northwards until it had burnt itself out. Within twelve months, nearly half the population was dead.

After the problem of burying the dead in plague pits was over, people tried to get back to normality.  But life was never the same again.

The decreased population meant a shortage of labour and workmen demanded and received pay increases.

The government of Edward III tried to cap pay increases by an Act of Parliament, The Statute of Labourers, which became the first government attempt to control the economy.