The art is probably at least 5,000 years old, perhaps much older. At this time, the sea level was much higher than today. 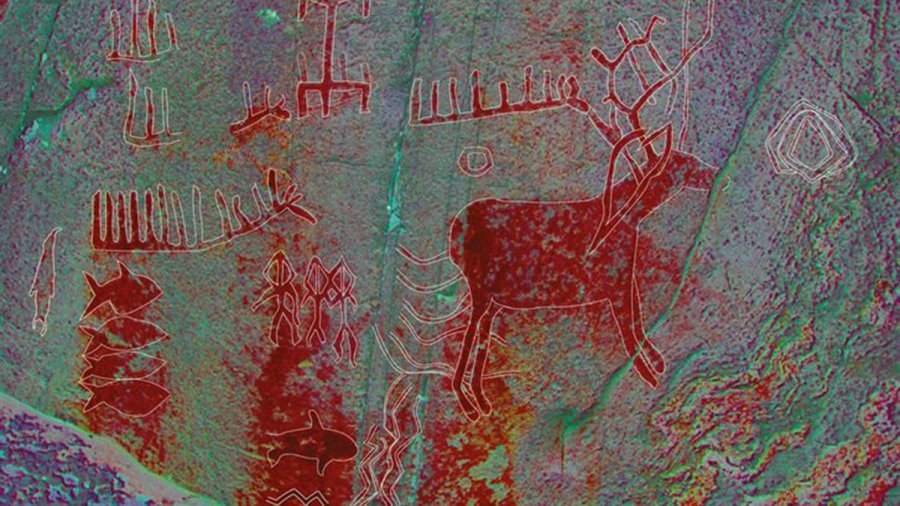 This rock art was invisible to the naked eye, but new technologies used by the researchers,  show the images in a new light.

The most important of these newly discovered motifs are boats with elk-head stems. This is the first time that these kinds of boats have been documented in southern or western Scandinavia and these motifs provide further evidence of the long-distance sea voyages undertaken by Stone Age maritime hunters.

The rock painting at Tumlehed - located in the Gothenburg suburb of Torslanda, on the island of Hisingen and barely 15 km from the center of the city - is one of a few well-known rock paintings in Sweden.

This technology has made it possible for the first time to date the rock painting in Tumlehed. It is from the late Stone Age and was painted sometime between 4200-2500 years BC. Credit:  Bettina Schulz Paulsson

“I wanted to test the method I used for my last project at a site in my local area and it ended up generating spectacular results!” said archaeologist Bettina Schulz Paulsson.

This technology has made it possible for the first time to date the rock painting in Tumlehed. It is from the late Stone Age and was painted some time between 4200-2500 years BCE by mobile hunters who had come by boat to the west coast of Sweden to hunt seal and whales.

Many motifs previously unknown in the area were discovered, the most important of these being pictographs of boats with elk-head stems – motifs that have only been found before in Finland, Russia, the north-east of Norway and northern Sweden.

“These findings confirmed my theories of seafaring in the Stone Age,” says Bettina Schulz Paulsson. 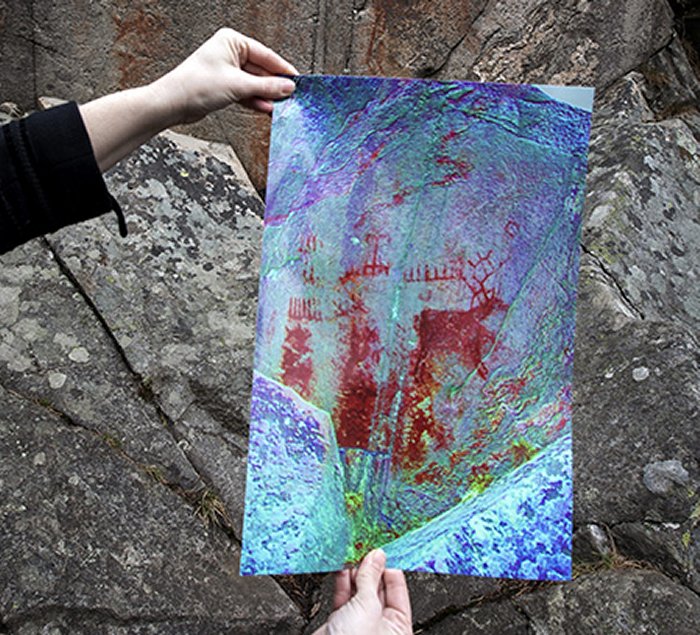 The most important findings from the study were the new motifs that emerged showing boats with elk-head stems.

“Elk-head boats are often associated with hunting and fishing scenes, and we have interpreted the motifs in Tumlehed as three elk-head boats related to a small whale, a seal and four fish,” says Bettina Schulz Paulsson.

The Tumlehed rock painting indicates similar maritime voyages during the Stone Age that are culturally connected to the peoples of eastern and northern Fennoscandia, an area that covers Norway, Sweden, Finland, the Kola Peninsula, and Russian Karelia.

“Deer, reindeer, and elk are frequently depicted motifs in Fennoscandian rock art. These species were an important game for hunting but may also have had important symbolic and spiritual roles for these societies,” says Bettina Schulz Paulsson.

The study entitled Elk Heads at Sea: Maritime Hunters and Long‐Distance Boat Journeys in Late Stone Age Fennoscandia has been published in the November issue of the Oxford Journal of Archaeology.