Conny Waters - AncientPages.com - Excavations carried out by INRAP (National Institute of Preventive Archaeological Research) archaeologists revealed a set of graves dated to the first centuries of our era.

In total, more than 70 tombs have been discovered in an unknown fringe of the early Christian necropolis at the site of Sant'Appianu in Sagone, Corsica. 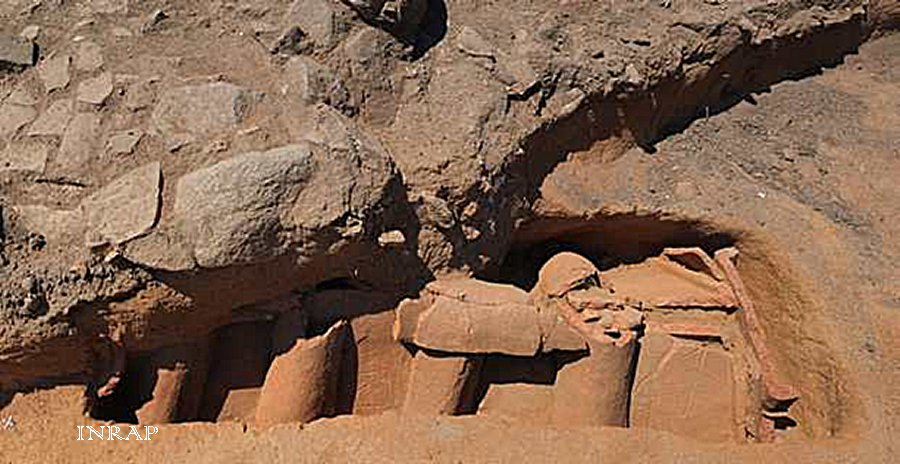 A tomb decorated with fingerprint symbols located under the stonework. Image credit: Inrap.

The findings confirm human occupation during the period of paleo-Christianity in Corsica.

According to INRAP, “the “amphora” burials correspond to the first Christian burials on the site. The deceased were installed in large amphorae, sometimes nested. These tombs were usually oriented north-south and sometimes intersected by later tombs."

There were also tombs in which the deceased was covered by tiles arranged like a double-pitched roof, and others like stone coffins that attest to the use of the necropolis which would correspond to the last state of use of the cathedral.

"The whole arrangement of the tombs testifies to the continuity of the necropolis over the centuries and to its religious importance,” stated INRAP. 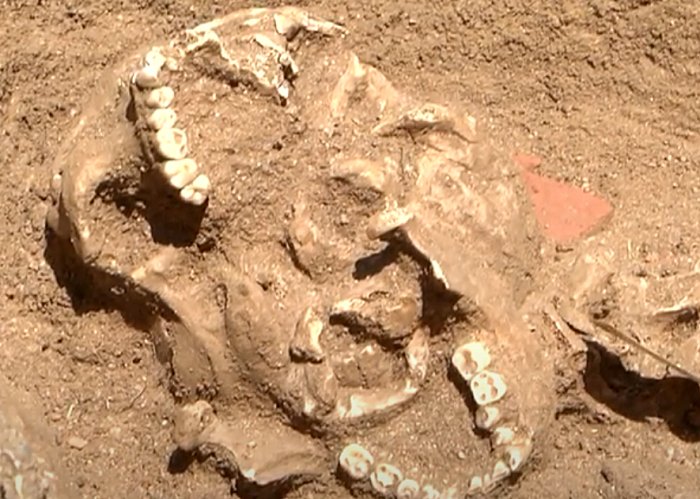 Among other interesting structures unearthed by the INRAP team, there is quadrangle-shaped stonework made up of large blocks carefully arranged on a layer of black earth. The structure is accompanied by a raft of fragments of tegulae (Roman tile) in the shape of a crown, interpreted as a circulation area. Particularly interesting is one burial that contains three tegulae decorated with a series of signs, a pentagram, and two triangles.

The symbol of the pentagram - one of the oldest markings known to humans - has been used for many purposes. Dating back to Europe as far as 8000 years ago, this symbol is associated with mystery and has a complex meaning. Among others, it was used to ward off evil or call it. The symbol has been used by several ancient civilizations.

The archaeologists will continue to study these unique burial remains.

Previous research carried out in Sagone had already revealed the foundations of an early Christian basilica, a religious complex dating from the 5th century and consisting of a church, a baptistery, and numerous burials located nearby. 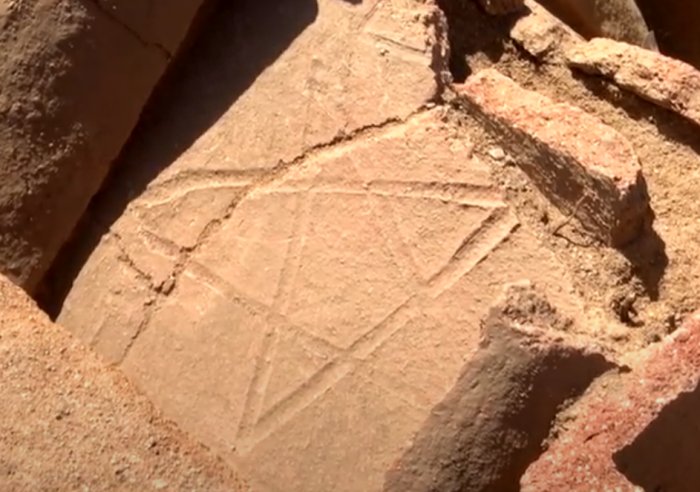 The ancient texts attest that in the 6th century, the church was elevated to the rank of bishopric, a status that it retained until the 16th century when the episcopal seat was transferred to the village of Vico, Corsica.

The necropolis is located on the southern slope of the cathedral.

The most abundant vestiges date back to the first centuries of our era and are associated with the original Christian arrangements.

“The end of the 5th century is marked by a succession of imperial measures putting an end to the paganism existing in the Roman Empire. At the same time, the first conflicts will appear between the nascent Christian obediences. Arianism, in particular, will spread over the churches at the same time as the domination of the Vandals. The texts relate, moreover, the flight of Sant'Appiano, Nicene Christian, and bishop of Caesarea, banished from North Africa after the Vandal conquest. Two churches bear witness to its installation in Corsica, one in Borgo and one in Sagone,  ”explains Inrap.