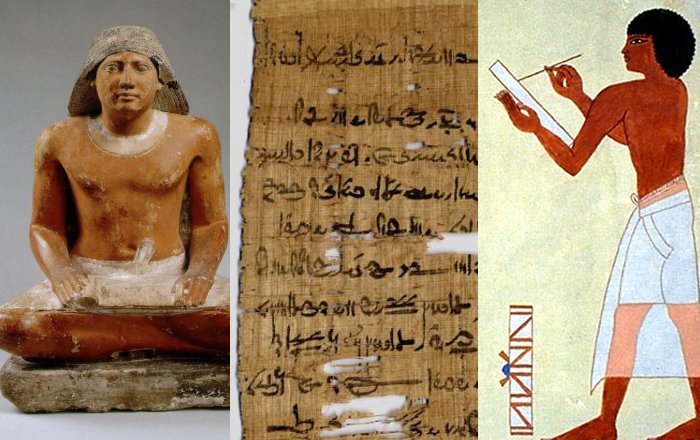 It has been known that copper was used by several ancient civilizations for a number of reasons. It was the first metal ever used by ancient man, dating back more than 10,000 years.

Ancient Egyptians considered copper to be a sacred metal and they believed it gave magical powers to those who wore it, but the discovery of ancient Egyptian ink is surprising.

Until recently, it was assumed that the ink used for writing was primarily carbon-based at least until the fourth and fifth centuries AD.

Is Ipuwer Papyrus A Report Of An Ancient Catastrophe?

Scientists from the University of Copenhagen state they can now confirm that Egyptians used carbon inks that contained copper, which has not been identified in ancient ink before.

Although the analysed papyri fragments were written over a period of 300 years and from different geographical regions, the results did not vary significantly. The particles found in the inks indicate that they were by-products of the extraction of copper from sulphurous ores.

"The composition of the copper-containing carbon inks showed no significant differences that could be related to time periods or geographical locations, which suggests that the ancient Egyptians used the same technology for ink production throughout Egypt from roughly 200 BC to 100 AD," says Egyptologist and first author of the study Thomas Christiansen from the University of Copenhagen. 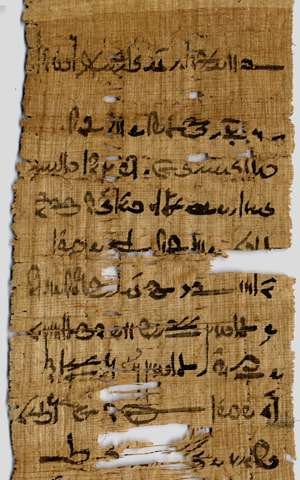 Fragment from the Tebtunis temple library in the Papyrus Carlsberg Collection. Credit: University of Copenhagen

The studied papyri fragments all form part of larger manuscripts belonging to the Papyrus Carlsberg Collection at the University of Copenhagen, more specifically from two primary sources: the private papers of an Egyptian soldier named Horus, who was stationed at a military camp in Pathyris, and from the Tebtunis temple library, which is the only surviving large-scale institutional library from ancient Egypt.

"None of the four inks studied here was completely identical, and there can even be variations within a single papyrus fragment, suggesting that the composition of ink produced at the same location could vary a great deal.

This makes it impossible to produce maps of ink signatures that otherwise could have been used to date and place papyri fragments of uncertain provenance," explains Thomas Christiansen but adds:

"However, as many papyri have been handed down to us as fragments, the observation that ink used on individual manuscripts can differ from other manuscripts from the same source is good news insofar as it might facilitate the identification of fragments belonging to specific manuscripts or sections thereof."

The study was published in Scientific Reports.