A Leicester academic says she has rediscovered the cast of the skull of The Venerable Bede – one of the most influential and idolised scholars in medieval Europe, known as the “father of English history" – in the anatomical collections of the University of Cambridge,' reports Culture24. 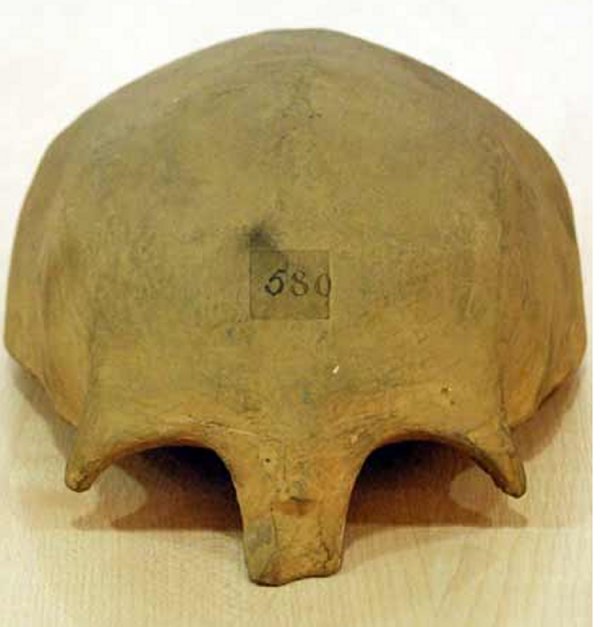 Front view of the cast of the skull of Bede, numbered 580 © J Story

The author of The Ecclesiastical History of the English People, which is regarded as perhaps the most important source for understanding early British history and the establishment of Christianity in England, was buried in a tomb in Durham Cathedral following his death in 735. But the location and authenticity of his skull has been the subject of fierce debate since the excavation of his venerated tomb by Dr James Raine in 1831, laying the bones out in a new burial in the Galilee Chapel at the cathedral’s western end.

In a new paper and exhibition attempting to pick apart the convoluted post-Reformation turn of events, Professor Jo Story revisits the dispute over whether Raine excavated genuine parts of Bede’s skeleton, citing Raine’s belief that the bones had been widely dispersed after they were stolen from the original burial in the Tyneside town of Jarrow.

Left: The back view of the cast of the skull of Bede, engraved V. Beda© J Story. Right:

“The story of the skull of Bede is one that takes us to the heart of 19th century ideas about race and the peopling of the British Isles in antiquity,” says the University of Leicester historian, who co-authored the research, published in The Antiquaries Journal, with former University of Newcastle Deputy Vice-Chancellor Richard Bailey.

“It traces the thread of evidence that links the cast in the Cambridge cupboard back to the excavation of Bede’s tomb in Durham Cathedral in 1831, and from there back to the destruction of the medieval shrines of saints in Reformation England, to the devotion to the memory of Bede throughout the middle ages, to the creation of Durham Cathedral in early 12th Norman England.” 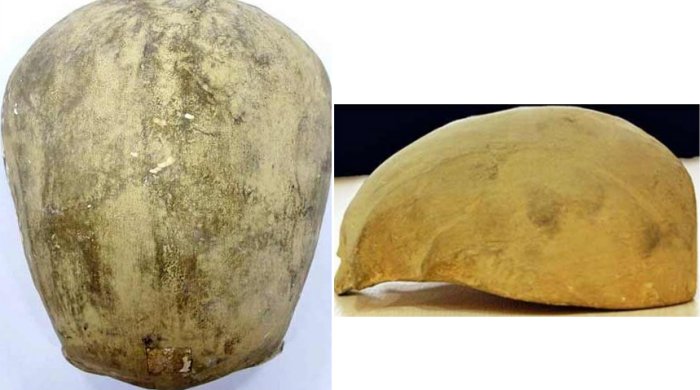 Alfred Westou, described as a “thieving monk” responsible for stealing the bones from a monastery, is believed to have secreted the remains for safekeeping into the tomb of St Cuthbert at Durham, where they remained until being moved from the Anglo-Saxon building into the modern Norman cathedral.

“Thirty years ago, when working on the cult of Bede, I discovered Dr Raine’s handwritten note which showed that he had ordered three casts of the skull he had found in Bede’s tomb,” recalls Bailey.

“I tracked the subsequent fate of one of them through to the Newcastle Society of Antiquaries but it had disappeared by 1900. 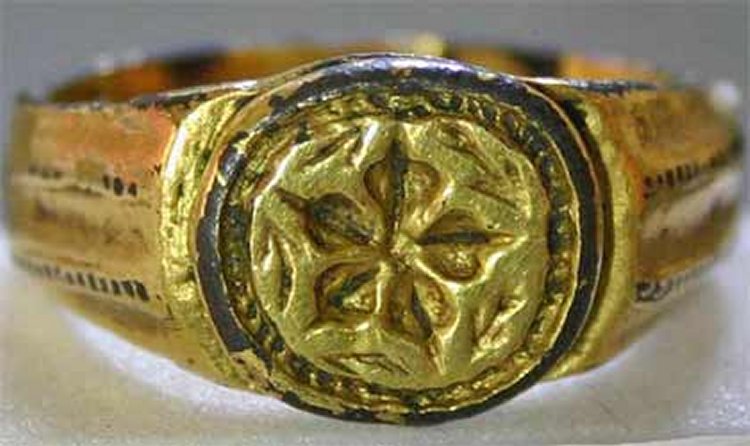 The ring found in Bede's tomb. Photograph: © Courtesy the Chapter of Durham Cathedral

“Every other trail I tried to follow then went cold on me. Imagine my surprise, therefore, when Professor Story e-mailed me with a photograph of the Cambridge cast.

“Of course, that means that there may still be one more out there somewhere.” 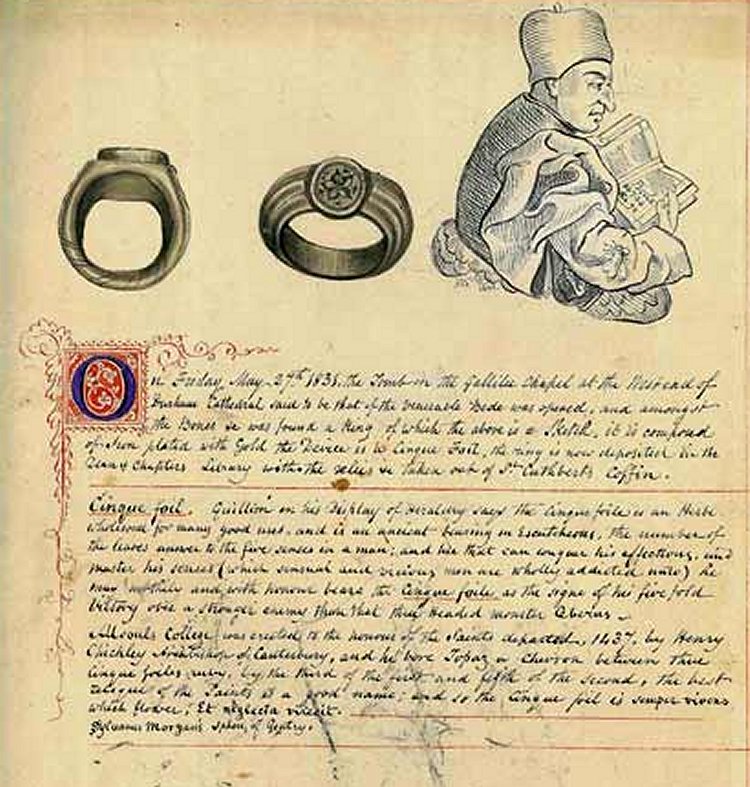 Raine is said to have been “perplexed” by the shape of the skull he found, making plaster casts before reinterring the bones. He is known to have given one to Dr John Thurnam, a pioneering psychiatrist and Fellow of the Society of Antiquaries of London who had developed a specialist interest in ethnography and archaeology alongside his medical work, but all three have since been considered lost.

Matt Storey, of Bede’s World, a social space in Jarrow where the skull will go on show, feels the collaboration between organisers and academics in Leicester and Cambridge has been “very successful”.

“It is exciting that we have been able to acquire a cast of the skull of Bede for permanent display at the museum,” he says.

“But the story behind the cast opens up a number of fascinating questions about what happened to Bede’s bones after his death along with the celebration of his cult in medieval Europe.”