Conny Waters - AncientPages.com -  It took several years, but scientists have now confirmed this is the oldest human footprint in the Americas.  The discovery is significant as it can re-write history and shed new light on human presence in America. 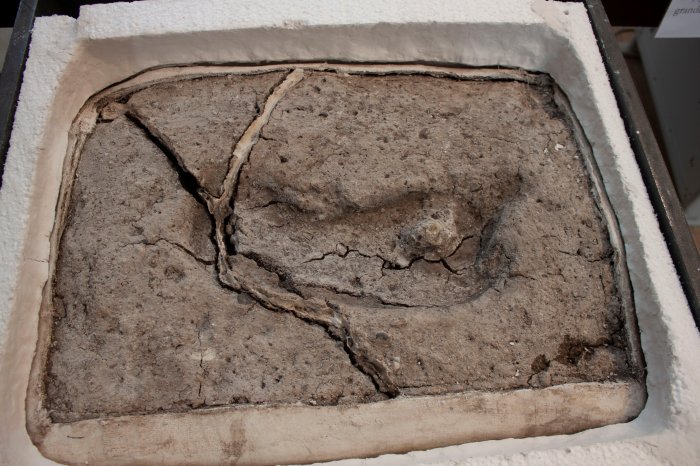 An ancient footprint is pictured, having formed cracks due to desiccation after being extracted from its original site, in Osorno,  Chile sometime in April 2019. Credit: Reuters/ Handout via Universidad Austral de Chile, Laboratorio de Sitio Pilauco

The footprint, discovered at the Pilauco excavation in the city of Osorno,  in Chile appears to be that of a barefoot man weighing about 70 kilograms (155 pounds) and of the species Hominipes modernus, a relative of Homo sapiens.

"There are other human footprints in the Americas," Pino told the Osorno newspaper El Austral, "but none has been dated as far back." 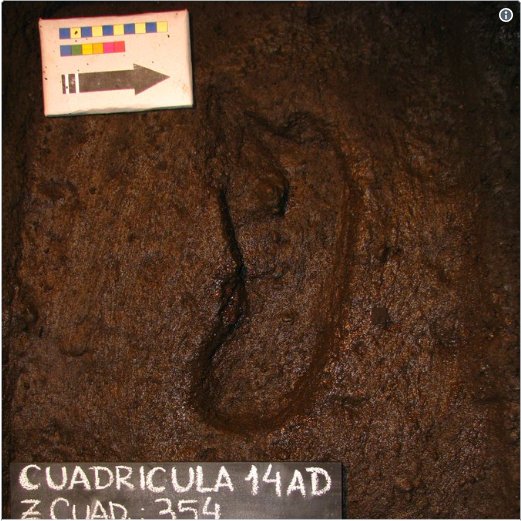 Based on the study, researchers say there is sufficient evidence to say the footprint is at least 15,600-year-old, making it the oldest to date.

“The results demonstrate that a human agent could easily generate a footprint morphology equivalent to the sedimentary structure when walking on a saturated substrate. Based on the evidence, we conclude that the trackmaker might well have been a bare-footed adult human. This finding, along with the presence of lithic artifacts in the same sedimentary levels, might represent further evidence for a pre-Clovis South American colonization of northern Patagonia, as originally proposed for the nearby Monte Verde site,” researchers write in their study. 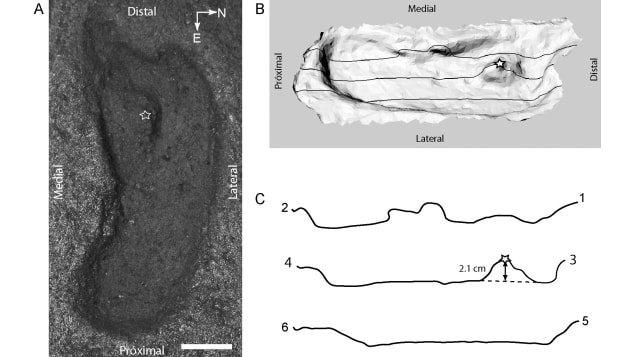 Chile has been of great interest to archaeologists who have discovered many fossils in the country, including an ancestor of today's elephants and American horses, as well as of more recent human presence.

At a site south of Osorno, scientists have previously discovered another footprint, but it was 1,000 years younger.