Conny Waters - AncientPages.com - Dedicated to the goddess Hathor the Dendera Temple is one of the most beautiful temples in Egypt. Famous for its magnificent astronomical ceiling and huge pillars the temple of Dendera was excavated by French Egyptologist Auguste Mariette in the mid-19th century.

The Dendera Temple, one of the best-preserved ancient Egyptian temples, was built by the Greek Ptolomies who ruled Egypt in 305BC – 30BC. The Romans who succeeded them in ruling Egypt added to the temple which was completed under Emperor Tiberius around 155 AD. 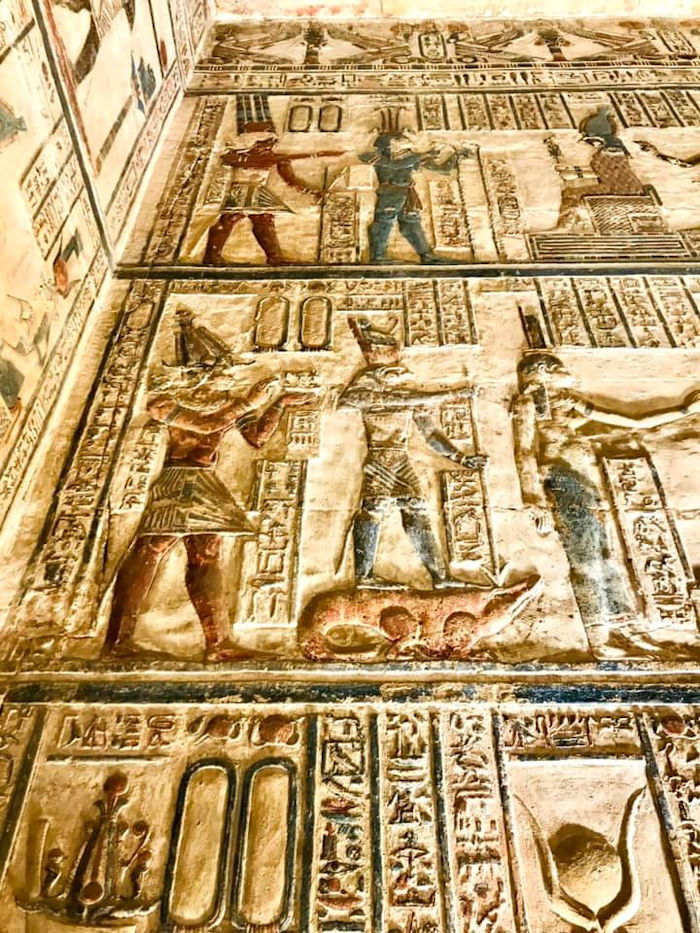 A new look inside the Dendera Temple. Credit: Ministry of Tourism and Antiquities

The Temple of Hathor at Dendera contains a number of small crypts on its eastern, southern, and western sides but archaeologists do not believe these surfaces served as the locations for formal rituals.

However, they could have served as warehouses or treasuries for ritual furnishings, sacred and ceremonial equipment, and the divine images used in celebrating various feasts and holidays.

For some years now the Dendera complex has been under restoration and this ancient historical place looks better than ever!

Earlier archaeologists completed the second phase of restoration that included cleaning of the great hall, the entrance facade the birth kiosk, and the temple has been inspected by Dr. Khaled Al-Anani, the Egyptian Minister of Tourism and Architecture. 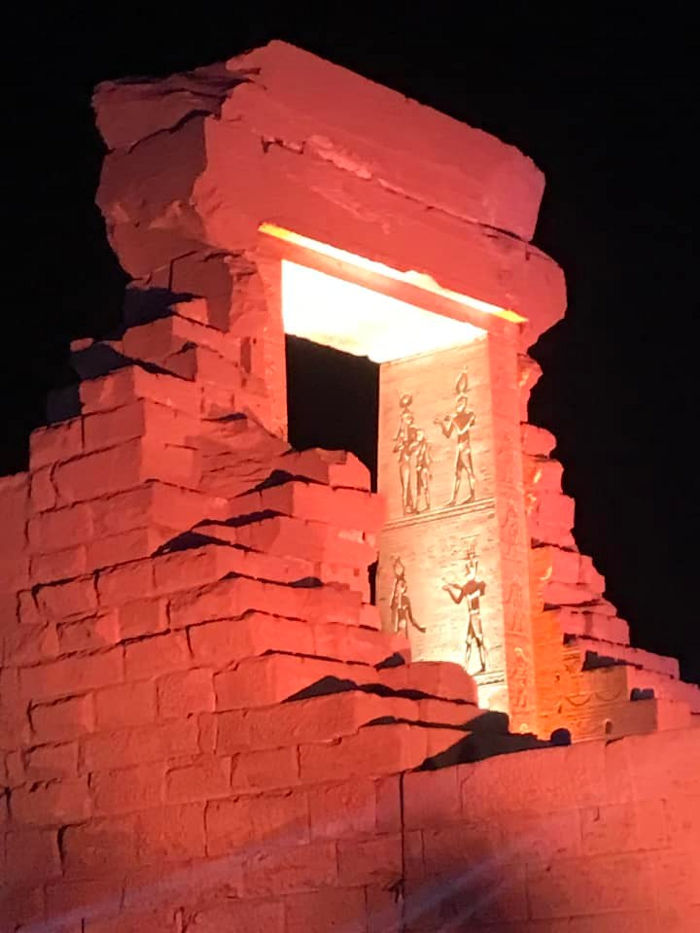 Special light effects will be used to show the beauty of the ancient temple. Credit: Ministry of Tourism and Antiquities

According to D. Mustafa Waziri, the restoration project of the Dendera temple is within the framework of the Ministry of Tourism and there are plans to restore and develop archaeological sites all across Egypt.

He added the restoration works of the Dendera temple including the second column hall and its attached side rooms, removing dirt and damage to the temple, which were updated by time-passing tropics, to restore the colors of the temple to promote tourism and restore its tourist location.

Newly fabricated blocks have been placed in the open courtyard at the entrance of the temple, where a collection of statues of ancient Egyptian deities has been installed.

Among these are statues of the goddess Hathor, the god Bes, the Egyptian dwarf god of song, humor, and dance, and the falcon god Nekhbet Waawet.

Being one of the most important ancient Egyptian temples, the goal is also to prepare the temple making it easily accessible to tourists. The current development of special lighting technology will show the temple’s beauty and increase the efficiency of the services of its visitors. 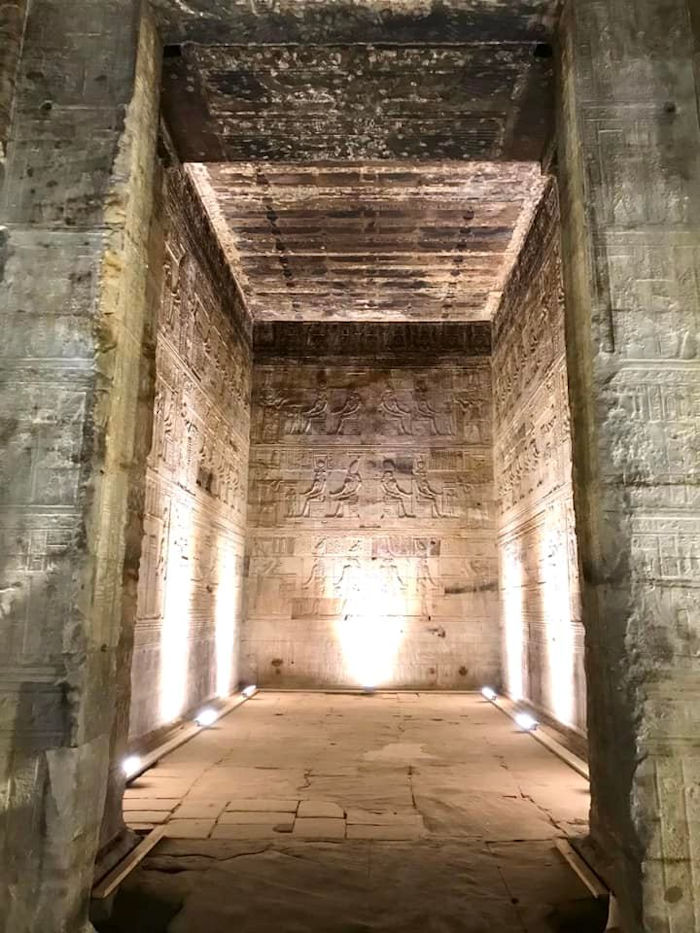 The Dendera temple is one of the most famous ancient Egyptian temples. Credit: Ministry of Tourism and Antiquities

The restoration works of the Dendera complex included the second pillar hall and the attached rooms, where both the rooms of silver and holy water were restored and then the room leading to the staircase, as well as the restoration and development of the rooms located in Ba. 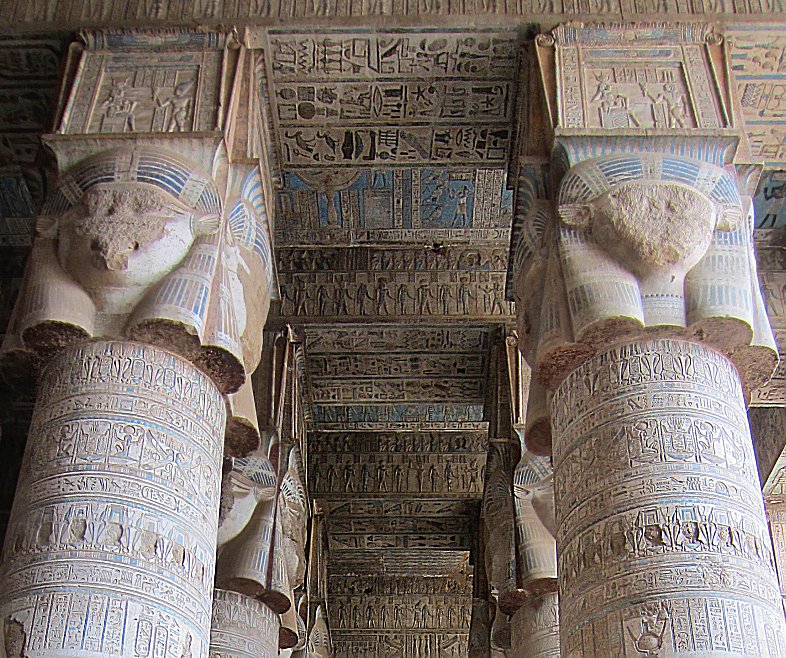 The eastern side of the temple, including the incense and fat room. Restoration works also involved the holy shrines and the cabin of the deity note, as well as two upper cabinets of the temple's shrines, the first is located in the 7th holy shrines, but the second is found in the throne room of God, which contains a number of beautiful views that represent the progress of God. 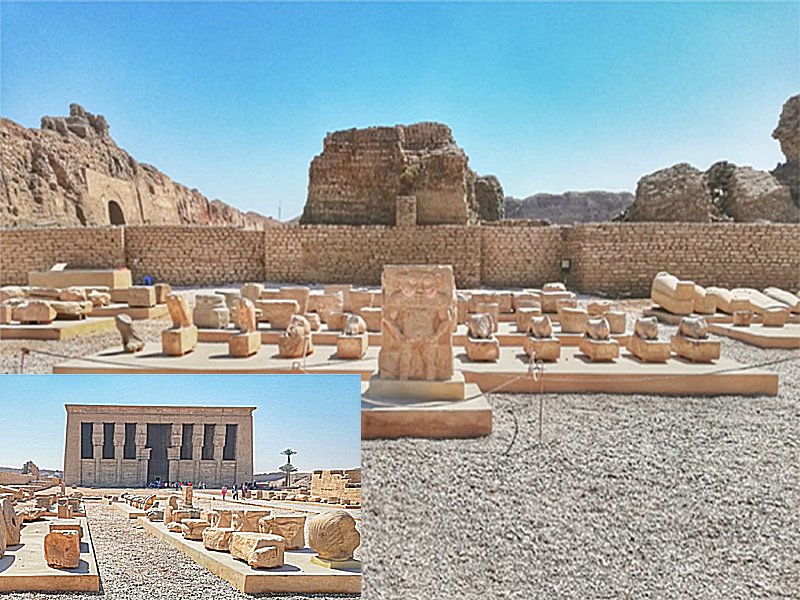 Professor Ghrib Sinnabel confirmed that all restoration work was carried out in accordance with the latest technologies in the field of architecture restoration. 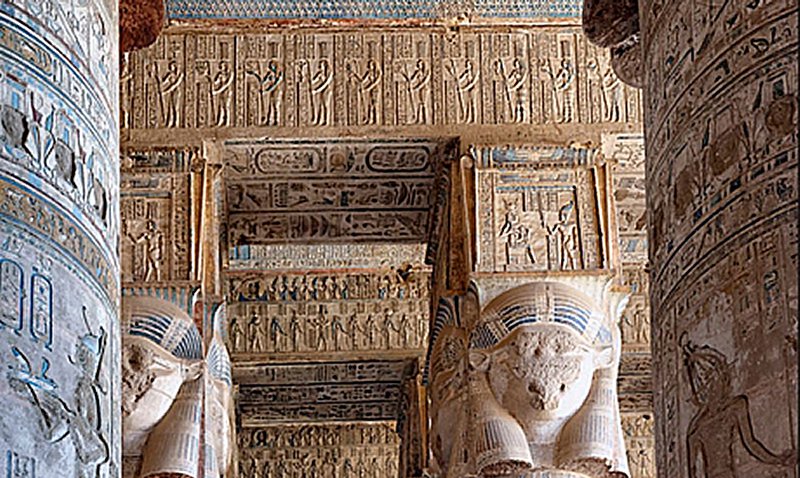 After the restoration is completed visitors will be able to access the temple’s rooftop and enjoy the panoramic view of Qena for the first time.

It is fair to say, future visitors to the Dendera Temple will have something absolutely stunning to admire, a true ancient Egyptian legacy has been preserved for future generations.