Conny Waters - AncientPages.com - The ancient North American city of Cahokia had as its focal point a feature now known as Monks Mound, a giant earthwork surrounded on its north, south, east and west by large rectangular open areas. These flat zones, called plazas by archaeologists since the early 1960s, were thought to serve as communal areas that served the many mounds and structures of the city.

New paleoenvironmental analyses of the north plaza suggest it was almost always underwater, calling into question earlier interpretations of the north plaza's role in Cahokian society. The study is reported in the journal World Archaeology. 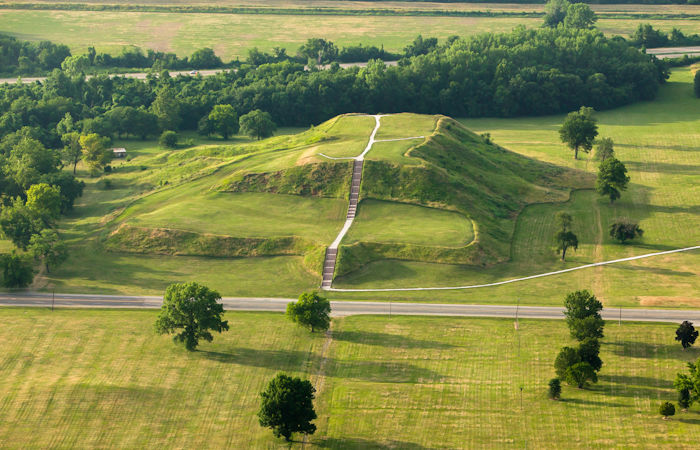 Cahokia was built in the vicinity of present-day St. Louis, beginning in about A.D. 1050. It grew, thrived for more than 300 years and was abandoned by 1400. Many mysteries surround the culture, layout and architecture of the city, in particular its relationship to water. Cahokia was built in a flood plain below the confluence of the Mississippi and Illinois rivers and would have been regularly infiltrated with flowing water, said Caitlin Rankin, a geoarchaeologist at the Illinois State Archaeological Survey who conducted the new research.

"Cahokia is the largest archaeological site in North America, but only about 1% of it has been excavated, so there's so much about the site that we don't know," Rankin said.

Early in her encounters with the city's layout, Rankin was baffled by the location and height of the north plaza.

"It's a really strange area because it's at a very low elevation, like the lowest elevation of the site," she said. "And it's in an old meander scar of the Mississippi River."

Two creeks ran through the area, and it likely flooded whenever the Mississippi swelled after heavy rains. 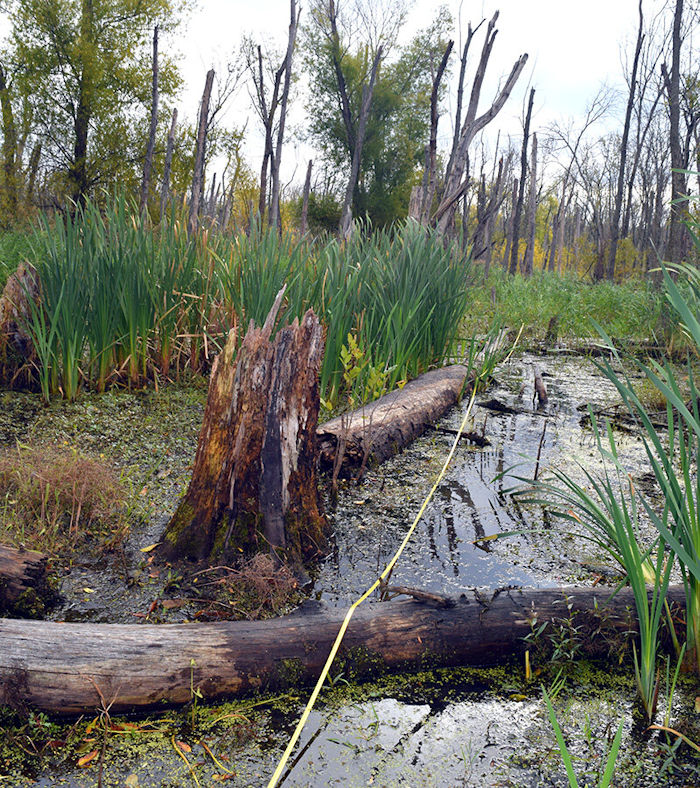 Researchers took samples from nearby wetlands to determine the environmental history of the north plaza in Cahokia. Credit: Caitlin Rankin

To investigate the site, Rankin conducted test excavations and extracted sediment cores around the four mounds that define the north plaza. She also took soil samples in the same meander scar less than 5 kilometers from the plaza and analyzed stable carbon isotopes in these modern soils to determine isotope differences between wetlands, seasonal wetlands and prairie environments. Comparing these with carbon isotopes from ancient soils chronologically associated with the mounds gave insight into what types of plants had grown there in the past. 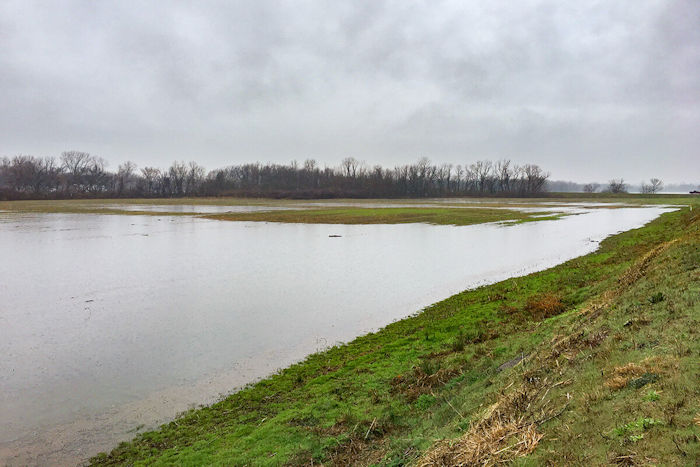 The study focused on the north plaza, an expanse at a low elevation that is almost always inundated with water. Credit: Caitlin Rankin

"What I learned is that this area remained wet throughout the year," Rankin said. "There may have been some seasonal dryness, but overall, it was a wetland."

Her findings challenge previous notions about this site being a plaza, which is generally thought of as a dry open area across which people walk and congregate. "Generally, those places aren't underwater," Rankin said.

How the north plaza was used remains a mystery, she said, but the study adds to the evidence that water was a central element of the city. 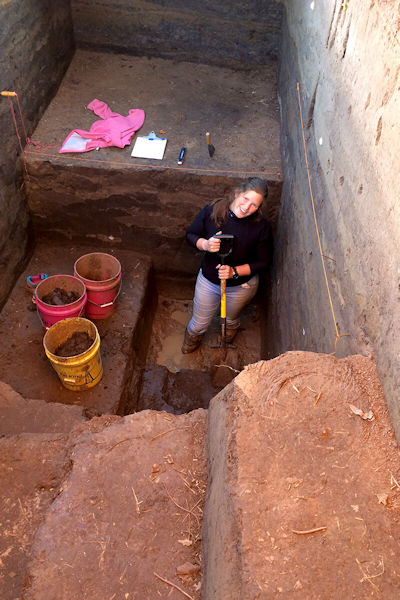 Sediments from excavations at Mound 5 reveal that the north plaza was a wetland prior to, and after, mound construction. Credit: Caitlin Rankin

"Water was important to the people of Cahokia for a number of reasons," she said. "They had a whole agricultural suite of wetland plants that they domesticated and relied on as food." Water also was essential to their trade with people up and down the Mississippi River. And the cosmological beliefs of many Indigenous groups include creation stories that involve complex interactions with sky, water and earth.

"At Cahokia, you have these mounds emerging from this watery sphere," she said. "And so that was a significant feature that probably resonated with their creation stories and their myths and their worldview."

The study was published in the journal World Archaeology