AncientPages.com - A 1,700-year-old Roman marble bust has been unearthed during excavations in the ancient city of Soli Pompeiopolis in the southern province of Mersin’s Mezitli district, Turkey.

The bust is believed to depict a Roman aristocrat or commander who lived in the ancient city at the end of the 2nd century or the beginning of the 3rd century. 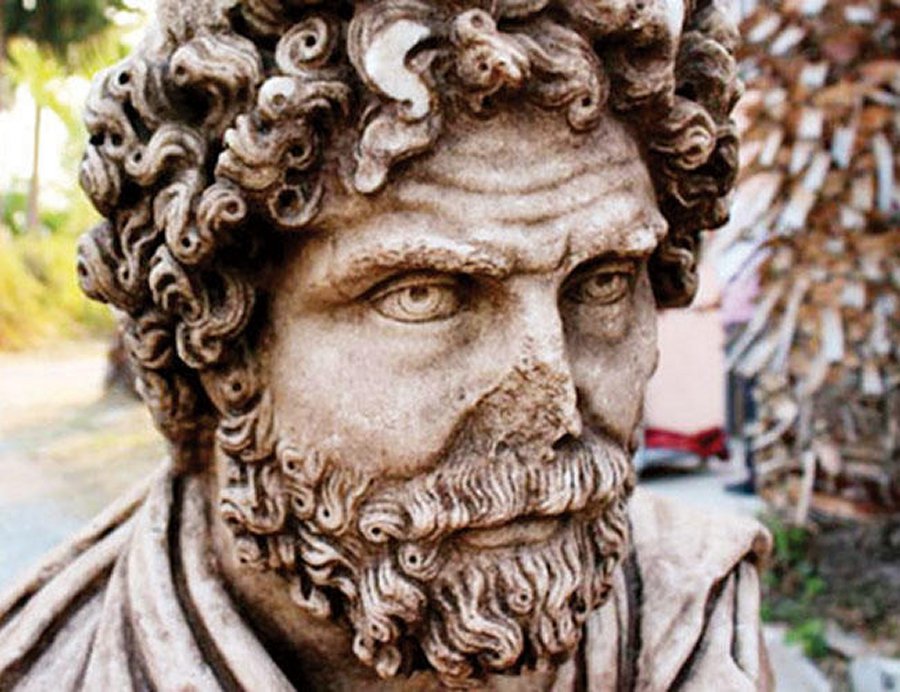 Some parts of the 82-cm-long and 60-cm-wide bust have fractures, but the artifact is solid with no major damages overall. The bust depicts a bearded man looking right with a stern face. Image credit: Hurriyet Daily News

Hurriyet Daily News writes that during excavations at the site of the ancient city of Soli Pompeiopolis, archaeologists made several interesting findings, which include statues of gods, streets lined by columns with busts of emperors and senior managers, a theater and a Roman bath, as well as the city’s harbor and aqueduct.

Considering the style of the carving, the bust resembles busts dated to the period of the Antonine Dynasty, a dynasty of seven Roman emperors that ruled the Roman Empire from 96 AD to 192 AD.

However, the relevant portrait bust was sculpted during the Severan Dynasty — a Roman imperial dynasty, which ruled the Roman Empire between 193 and 235 AD. During the period of the Severan Dynasty, many Roman sculptures utilized the technical style used in the Antonine Dynasty.

The artifacts unearthed so far are displayed at Mersin Museum, which will be home for the newly discovered portrait bust. Some parts of the 82-cm-long and 60-cm-wide bust have fractures, but the artifact is solid with no major damages overall. The bust depicts a bearded man looking right with a stern face.

Soli Pompeiopolis was an important ancient city and a port in Cilicia in present-day Mersin province. It represents an important piece of ancient history similar to the ancient and famous archaeological site of Ephesus in western Turkey. It was a colony of Rhodes, founded circa 700 BC. Soli was destroyed in the 1st century BC and later rebuilt by Pompey the Great.

Thereafter, it was called Pompeiopolis.

Today, not much is left from Soli Pompeiopolis, a prosperous and important city, but fortunately, 41 columns along its main road, which led from the northern gate of the city to the port, are still standing.

Not much is left from the once important port city, but fortunately, 41 columns along its main road, which once led from the northern gate of the city to the port, are still preserved.

As many as 33 of these columns have retained their capitals, and additionally, those standing on the southern side have additional bases on which the statues of Roman emperors and local dignitaries once stood.

The work at the site is headed by Dokuz Eylül University’s Prof. Remzi Yagci and is supported by the Mersin Municipality.