Conny Waters - AncientPages.com - There is a small bronze artifact in the Cincinnati Art Museum's East Asian art collection in Ohio. It is not particularly remarkable at first glance. However, once you realize it’s a magic mirror, the story is entirely different, and the object dating back to the 15th or 16th century becomes intriguing.

Scientists have long been interested in what secrets lie behind ancient "magical" mirrors that have the creepy ability to project patterns from the back when light is shining on the front. 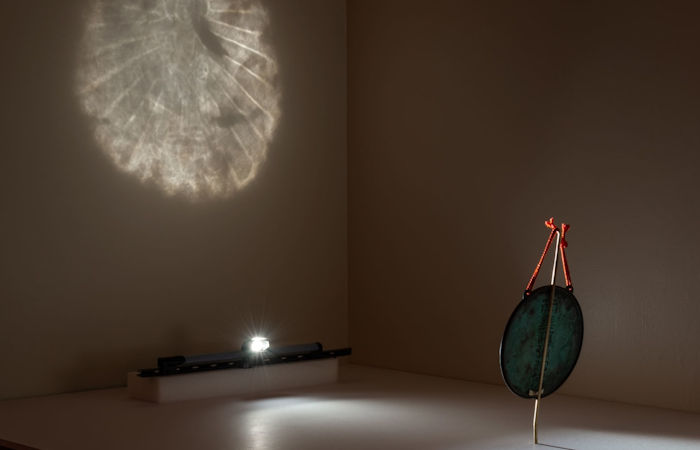 “When magic mirrors came to the attention of the West in 1832, dozens of prominent scientists attempted to discover their secret.

It was a hundred years before the British crystallographer Sir William Bragg formulated a satisfactory theory of magic mirrors.

On its back it has cast bronze designs pictures, or written characters, or both. The reflecting side is convex and is of bright, shiny polished bronze which serves as a mirror.

In many conditions of lighting, when held in the hand, it appears to be a perfectly normal mirror; However, when the mirror is held in bright sunshine, its reflecting surface can be "seen through", making it possible to inspect from a reflection cast on to a dark wall the written characters or patterns on the back.

Compared to other magic mirrors in China and Japan, the one kept at the Cincinnati Art Museum is relatively small. When the museum's curator of East Asian art, Hou-mei Sung, examined the artifact, she noticed the object had a secret hiding in plain sight. 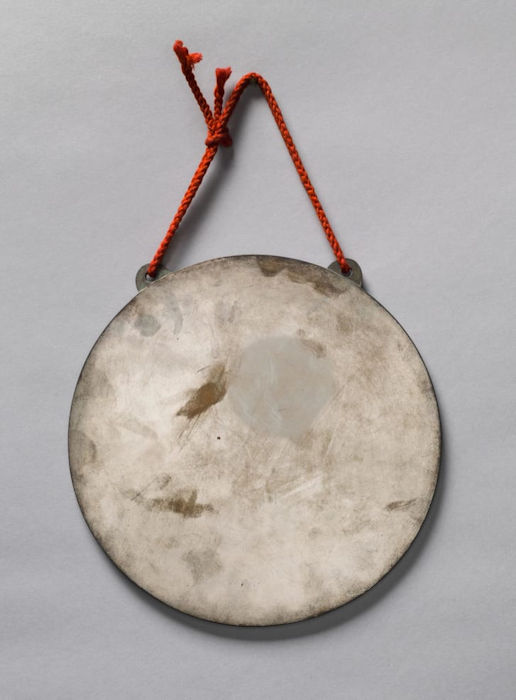 The mirror, which dates back to the 15th or 16th century, would likely have hung in a temple or noble household. Credit: Rob Deslongchamps/Cincinnati Art Museum

Cincinnati’s magic mirror “featured a more complex style of Chinese script. Yet, Sung recalled there was something "very similar" about it,” CNN reports.

"I asked her to shine a strong, focused light on the mirror," Sung said on a video call from Cincinnati. "So, she used her cell phone (flashlight) and it worked."

On the wall before them was the appearance of texture in the reflected light - not a distinct image, but enough to warrant further investigation. Following experiments using more powerful and focused lights, the mirror eventually revealed the image of a Buddha, rays of light emanating from his seated form. The inscription on the mirror's back spells out who was depicted: Amitabha, an important figure in various schools of East Asian Buddhism.

The discovery makes the museum one of only a handful of institutions in the world to own a magic mirror, according to Sung. The curator is only aware of three others in possession of rare Buddhist-themed ones, including the Metropolitan Museum of Art in New York.

"We were so excited," Sung said.

As reported by CNN, “when sunlight hits the reflective surface in a certain way, a hidden image -- matching the design on the back -- would be revealed, giving the illusion that light was passing right through the mirror. For this reason, they are known in Chinese as "transparent" or "light-penetration" mirrors. (In the case of the Cincinnati Art Museum's discovery, however, a second metal plate was likely soldered onto the back, leaving the original embossed Buddha concealed inside.)

The mirrors baffled Western scientists who encountered them in the 19th century. And while their optics are now broadly understood, Sung said experts still don't know precisely how craftspeople worked the metal. 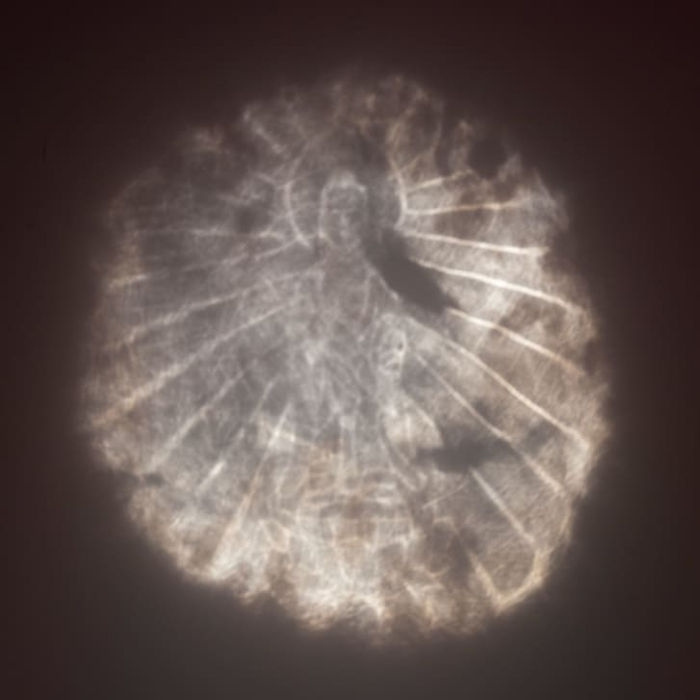 A close-up of the reflected image, which depicts rays of light emanating from the figure of a Buddha. Credit: Rob Deslongchamps/Cincinnati Art Museum

"No matter how much you can explain theoretically, it all depends on the master who polishes the surface which is tremendously difficult," she said. "That's why they are so rare."

Measuring about 8.5 inches in diameter, the museum's mirror was likely used as a religious ornament and may have hung in a temple or noble household. The museum is yet to decipher whether it originated in China or Japan, though Sung believes it is most likely the former. 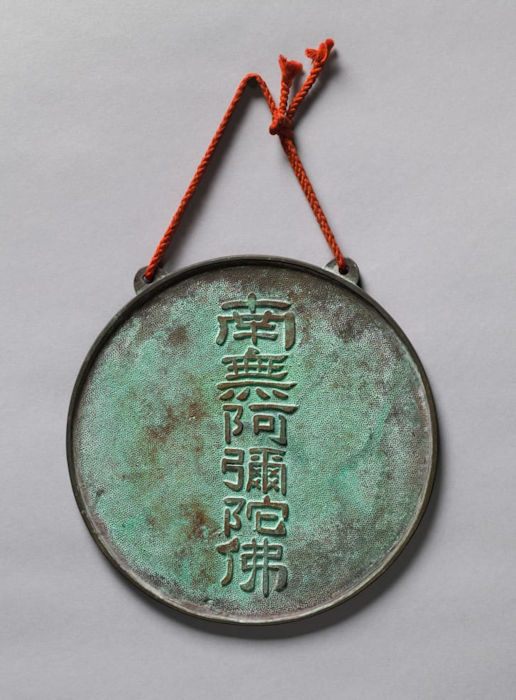 A second bronze plate, which is marked with the name of the Amitabha Buddha, is thought to have been soldered onto the back, concealing the image of the Buddha. Credit: Rob Deslongchamps/Cincinnati Art Museum

The item was first recorded in the museum's Asian art collection in 1961, though the curator thinks it may have been acquired long before then. She also suspects that other institutions and collectors are in possession of magic mirrors without realizing it.

"I found a lot in online auctions that have a similar design to ours, but (the auction listings) never say they're magic mirrors," she said, adding: "I believe there could be some mirrors out there that people don't even know are magic." 2

The mirror will be on display at the Cincinnati Art Museum from July 23.