Ellen Lloyd - AncientPages.com - In Northern Sweden, there are many fascinating and mysterious ancient sites and places.

Unfortunately, several of these historical sites have not been properly investigated because they are very difficult to access. Due to their remote location, they are also little known to their outside world. 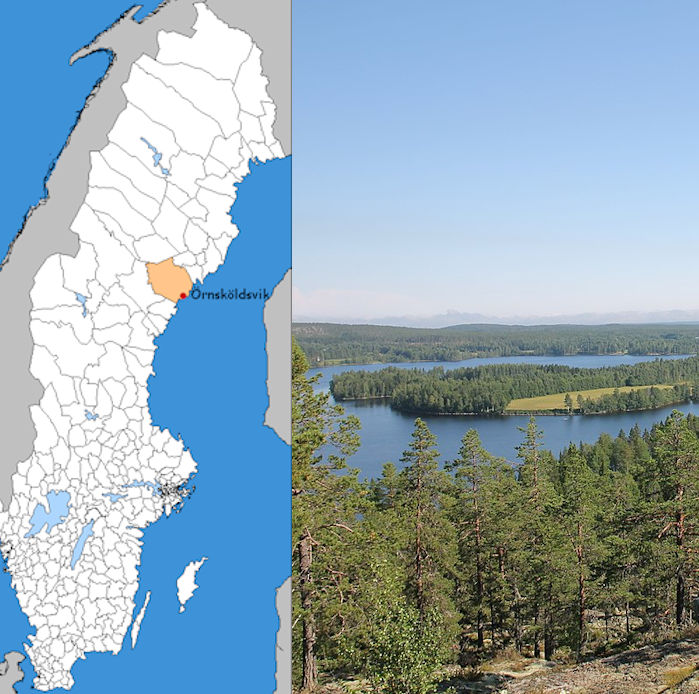 The Ritual Use Of Cairns

The tradition of building cairns and stone settings in the coastal area is generally ascribed to the Bronze Age and Iron Age. Cairns and cairn-like monuments can be found in many different parts of Sweden, Norway, and Finland. In the city of Örnsköldsvik in Norrland, we come across some of the best prehistoric monuments that Sweden has to offer – the Spir Mountain cairns.

Many of the cairns were constructed near or overlooking what was once the seashore. They are standing about 30-50 meters above present sea level. During the Bronze Age, the Spir Mountain had once been an island within a bay.

One can find many ancient cairns along the coast of Norrland. Our ancestors placed them all the way from northern Uppland to Piteå in Norrbotten, a distance of about 860 kilometers. The coastal cairn-zone in Ångermanland is particularly rich and includes about 700 registered sites. There are roughly over 2,300 cairns and stone settings distributed along the northern coast, but they are not represented at all in the interior of Norrland.

Ancient cairns were of religious importance to our ancestors. It was believed that by frequently rebuilding the cairns and placing bones inside them, these ancient monuments would become active and enable communication with higher powers. Many of the cairns contain cremation burials and this indicated they appear to have been built as monuments to the dead. 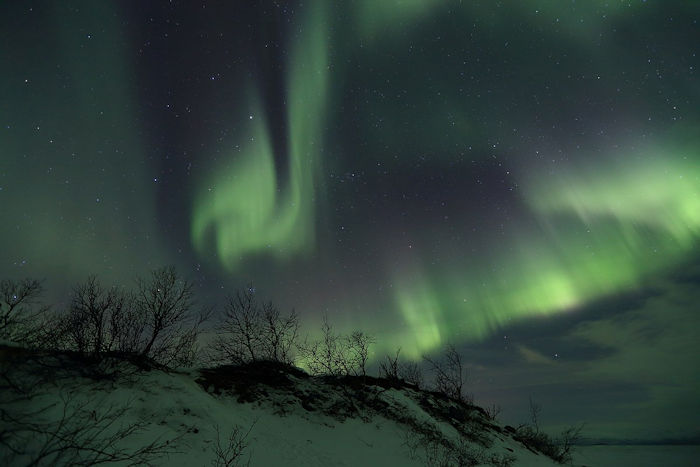 Norrland is famous for its beautiful Northern Lights, but there are also many interesting archaeological sites here. Credit: Pavel.shyshkouski - CC BY-SA 4.0

A widely held suggestion concerning the underlying motives behind religious sacrifices, ritual ceremonies and festivals, is the attempt to maintain and support the existing "world-view" or "cosmological" order within a society or group over time.

The sacrificial rituals may vary from one society to another, but the motives are generally to receive luck, prosperity, forgiveness, stability, safety, fertility, etc., from the higher powers of both ancestors and gods.

It is reasonable to suggest that the ritual use of the cairn-monuments also aimed at creating contact between the living society and the spirits of the ancestors. In this practice, the cairns and stone settings became a medium through which contact with the ancestral spirits could be channeled.

Some years ago, archaeologists discovered two astonishing cairns in Ångermanland. The larger of the cairns is 13m in diameter. It is exceptionally well preserved, and almost perfectly circular. The stone required for construction must have required an immense investment of labor. The smaller cairn is just to the east and is 6m in diameter.

The Spir Mountain cairns have internal burial chambers with cists containing skeletal remains, accompanied by various grave goods. In some cases, the cairns have been used repeatedly, and have been expanded out from their original structures. 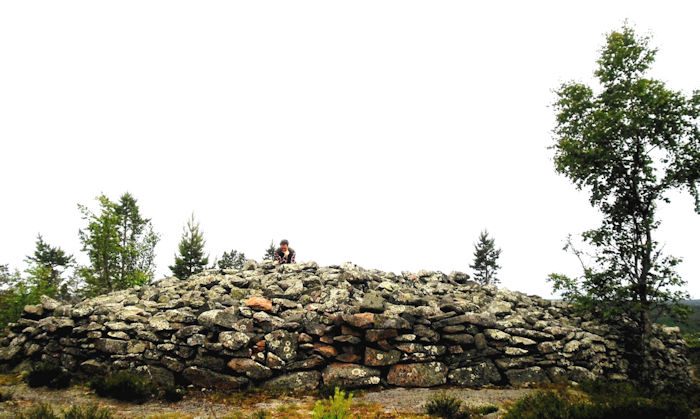 The cairn-building tradition was widespread in Northern Sweden and the existence of cairns along the coast could possibly reveal different cultural and economical systems between the Bronze Age people. The social and economic structure in Bronze Age Norrland has by several archaeologists been viewed as u dualism between the coast and the inland area.

Scientists say there was an egalitarian structure with hunter-gatherers in the interior of Norrland and a more complex and socially stratified order with "ranked" farmers buried in cairns along the coast. The cairn-building tradition is, undoubtedly, one of the more evident material differences between interior and coast in Bronze Age Norrland.