AncientPages.com - A group of scientists excavating on the edge of the Siberian Arctic have made a very intriguing discovery unearthing unopened human remains wrapped in birch bark belonging to a mysterious lost medieval civilization.

Several of the ancient bodies were overlain with copper sheets, parts of copper kettles and together with the permafrost. This mummification process gave a remarkable preserving effect.

Archaeologists working at the site, near Salekhard, say they suspect the remains are of a child or teenager from the 12th or 13th centuries AD. 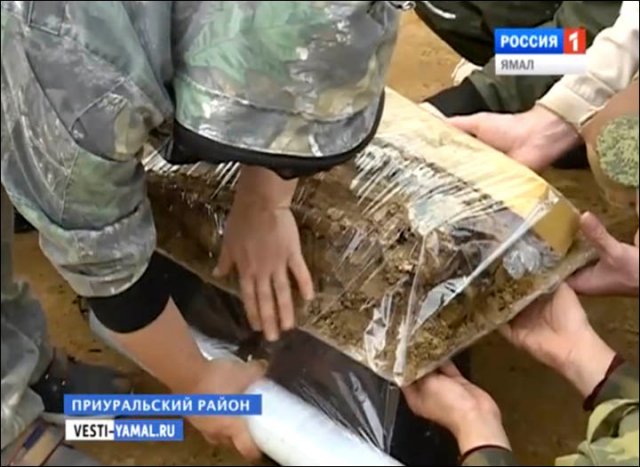 'The find is now in Salekhard, in the Shemanovsky Museum, in special freezer. We plan to return to Salekhard on 15 July and immediately start the opening of the 'cocoon'.' Pictures: Vesti.Yamal

The new find matches others discovered at Zeleny Yar, belonging to a mystery medieval civilization with links to Persia despite its position on the edge of the Siberian Arctic. If confirmed, it will be the first mummy from the civilization found at this intriguing site since 2002.
Fellow of the Research Center for the Study of Arctic, Alexander Gusev, said: 'We decided, after consulting with colleagues, to take the find as a whole piece, that is without opening it in the field, taking for further research in the city.'

Checks with a metal detector show there is indeed metal beneath the birch bark. ' The birch bark 'cocoon' is of 1.30 meters in length and about 30 cm at the widest part. 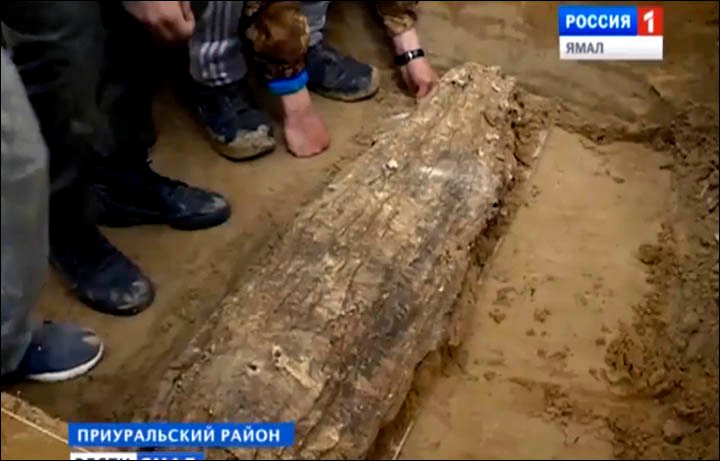 Archaeologists working at the site, near Salekhard, say they suspect the remains are of a child or teenager from the 12th or 13th centuries AD. Picture: Vesti.Yamal

'It follows the contours of the human body. If there is really a mummy, the head and skull are likely to be in good condition. We think it is a child, maybe a teenager. The find is now in Salekhard, in the Shemanovsky Museum, in special freezer. We plan to return to Salekhard on 15 July and immediately start the opening of the 'cocoon'.

According to anthropologist Evgeniya Syatova this discovery will hopefully throw light on this tribe and its origins. Currently it is believed the unearthed lost medieval civilization is linked to Persia. 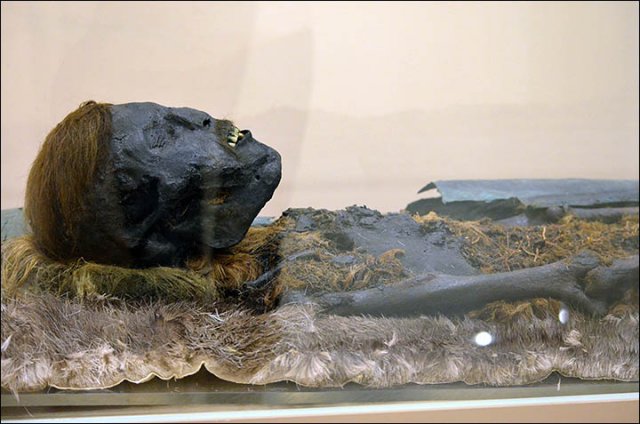 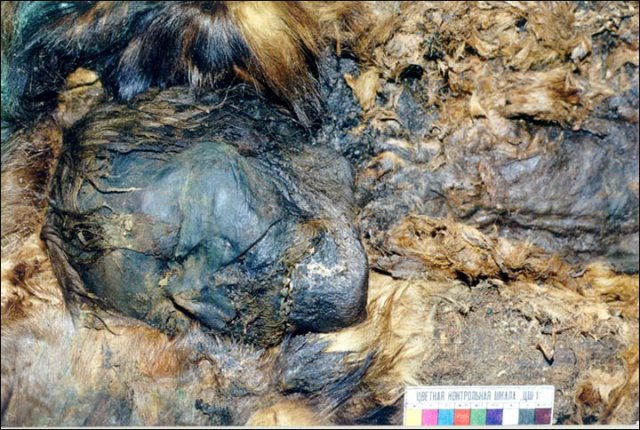 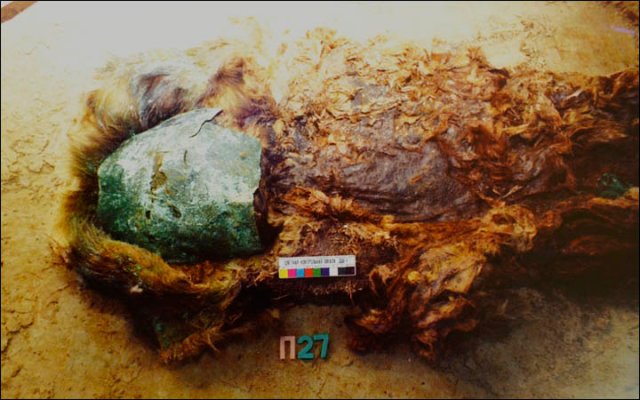 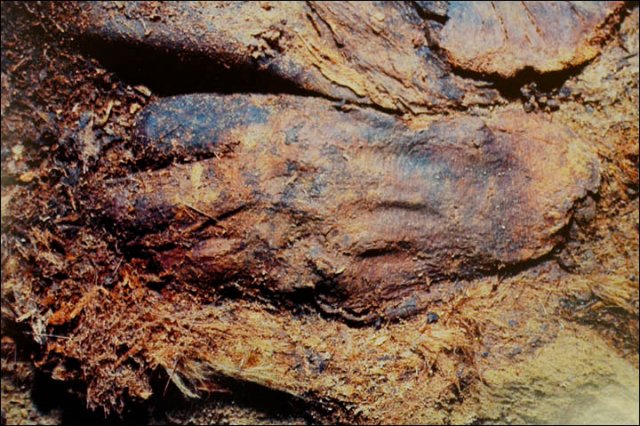 Five mummies were found to be shrouded in copper, while also elaborately covered in reindeer, beaver, wolverine or bear fur. Pictures: The SIberian Times, Natalya Fyodorova.

It is not the first time archaeologists have made an intriguing discovery in the region.

Previously, they found 34 shallow graves at the medieval site, including 11 bodies with shattered or missing skulls, and smashed skeletons.

Among them were five mummies found shrouded in copper, as well as elaborately covered in reindeer, beaver, wolverine or bear fur.
In the graves found so far there was just one female, a child, her face masked by copper plates. There were no adult women.

All of them were males. They were bound in four or five copper hoops, several centimeters wide.

Similarly, a red-haired man was found, protected from chest to foot by copper plating. The feet of the deceased are all pointing towards the Gorny Poluy River, a fact which is seen as having religious significance. The burial rituals are unknown to experts.

The identity of the ancient people buried in copper masks and the lost medieval civilization remains unknown at this time, but all examined evidence point to an ancient Persian connection.