Jan Bartek - AncientPages.com - In Bronze Age Europe, many bronze objects such as axes, swords and jewels were deliberately left at specific spots in the landscape. Ph.D. research by Leiden archaeologist Marieke Visser shows that these practices were expressions of people's relationship with the world around them. "It was a completely normal practice, which we shouldn't label as irrational." 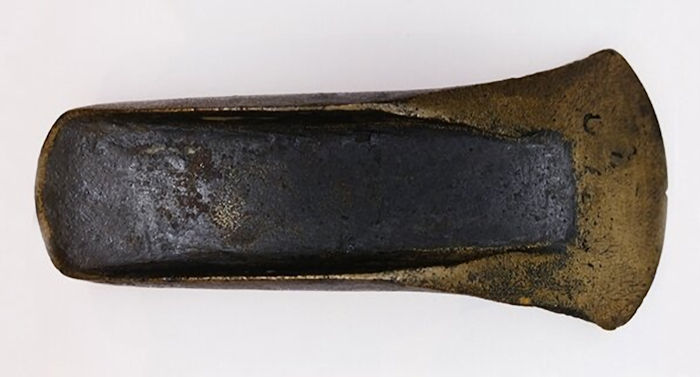 Researchers have been trying since the 19th century to explain the motives behind selective metal depositions. But these are still shrouded in mystery. "Archaeologists have become stuck in very strict interpretation models," says Visser. "Certain criteria were drawn up and boxes ticked per find. The assumption was that there were religious and non-religious depositions. I find this approach problematic because the data often don't fit in these boxes. You can't simply project the modern idea of religion onto the Bronze Age."

From a modern perspective it is illogical to throw away valuable objects, but thousands of years ago this was 'the most ordinary thing in the world," says Visser. "It seems to have been something you just did." Visser compares it with throwing coins in a fountain. "There you also deliberately throw away something of value at a certain place. You throw a coin in a fountain, not in the bin."

To gain a better understanding of these human actions, Visser focuses her research not on the motives, but rather on the actions themselves. "An incredible number of depositions have been found from throughout the Bronze Age. If you systematically research these, look at which object in which place, you discover the conventions. That shows that these objects weren't lost by accident. There are clear patterns. This was deliberate."

In the area where Visser did her research, metals did not occur naturally and were very valuable. "They had to be imported from far away. These trade networks were important. People wanted to express that their communities belonged to intraregional networks. Depositions were a way for people to relate to the world around them and their place within it."

Visser gives the example of a find in Denmark where one depot contained objects from Denmark, Central Europe and Great Britain. "It was actually a map of the networks and contacts people had at the time that is represented in that depot."

Visser studied an area (Denmark, Northwest Germany and the Northern Netherlands) that has never been studied before as a whole. "In the past studies were carried out within national borders. The finds in these three countries are very similar in nature. But they were looked at from different angles of interpretation, also from the country's history. This means similarities are lost."

Visser has built up a database of finds dating from a long period and from a very wide area, which makes it easy to recognize similarities and patterns. "I hope that these data will also be used by archaeologists after me."