Conny Waters - AncientPages.com - Archaeologists have discovered an ancient statue of the mythological goddess Hygieia ("Hygiene", the goddess of cleanliness), who was one of the healing god Asclepius's children. Hygieia was associated with health in the beliefs of ancient Greeks. 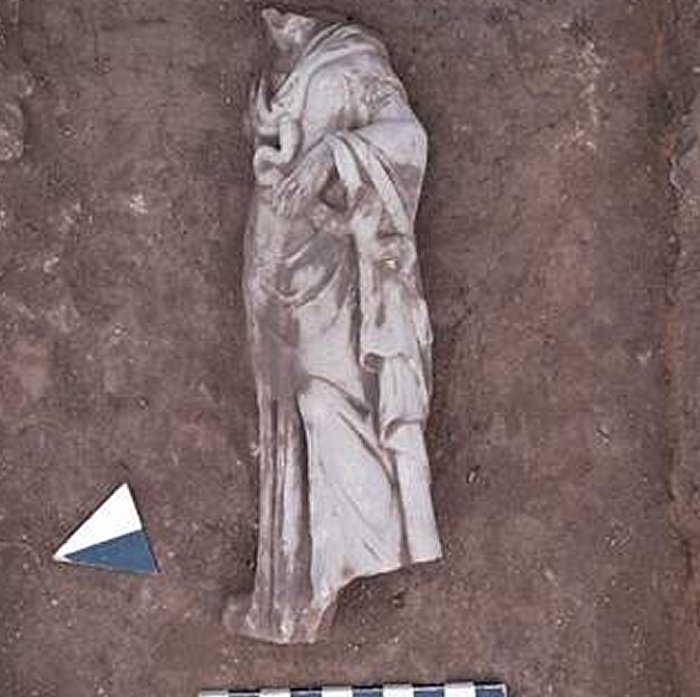 A statue of Hygieia, known as the goddess of health and cleanliness, the daughter of Asclepius, the god of health in Greek beliefs. Image credit: Hurriyet Daily News

“We unearthed a statue of Hygieia, known as the goddess of health and cleanliness, the daughter of Asclepius, the god of health in Greek and Roman mythology,” Gökhan Coşkun, who coordinates the dig in the ancient city of Aizanoi, writes Hurriyet Daily News.

Aizanoi is a particularly interesting archaeological city as it is home to one of the best-preserved temples in Anatolia dedicated to Zeus, the Olympian god of the sky and thunder and king of the Greek gods.

The city of Aizanoi experienced its golden age in the 2nd and 3rd centuries AD. It printed its first coins in the second and first centuries. During the days of the Roman Empire, the town became rich from its production of grains, wine, and wool. It became the center of episcopacy in the Byzantine era.

As for the discovered statue, Gökhan Coşkun, an archeologist at Dumlupinar University in central Turkey, said that “unfortunately, it hasn’t survived to the present day, but in its current form, we can see that this statue is about the size of a human.” 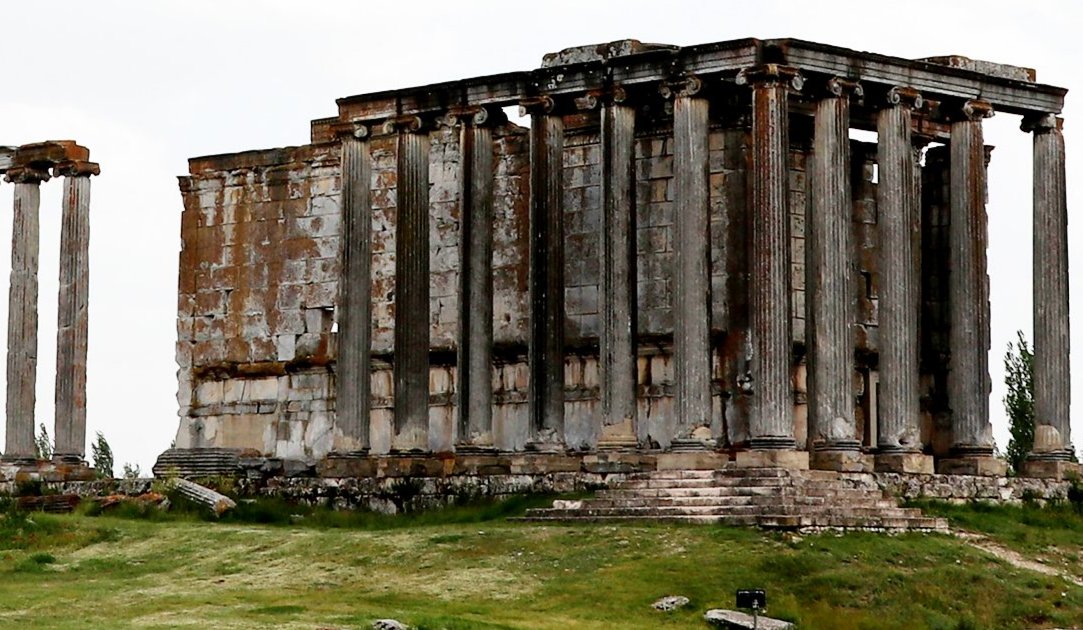 Ruins of the ancient city of Aizanos, Turkey - the Temple of Zeus, one of the best-preserved temples in Anatolia. Image credit: AA

“During past digs in Aizanoi, finds related to Hygieia were also found,” he said. “This situation makes us think that there may have been some construction and buildings related to the health cult in Aizanoi during the Roman era.”

Seen as boasting a history rivaling Ephesus, another iconic ancient city in Turkey, Aizanoi was added to the UNESCO World Heritage Tentative List in 2012, with excavation efforts ongoing now for almost a decade.

Around 100 workers and 25 technical personnel are working on digs at the nearly 5,000-year-old site, informed Coşkun,  adding that the statue of Hygieia – related to the modern word “hygiene” – was unearthed inside the columned gallery on the south wing of the agora.

“We’re trying to reveal the columned galleries on the west and south wings of the agora (bazaar) and the shops right behind them.”

Recent excavations around the Temple of Zeus indicate the existence of several levels of settlement in the city dating from as far back as 3000 BC. In 133 BC, it was captured by the Roman Empire. In 1824, the ancient site was rediscovered by European travelers.

Between 1970 and 2011, the German Archeology Institute unearthed a theater and a stadium, as well as two public baths, a gymnasium, five bridges, a trading building, necropolises, and the sacred cave of Metre Steune – a cultist site, thought to be used prior to the first century BC.