A. Sutherland - AncientPages.com - This library - built in 117 AD - is one of the most beautiful structures in Ephesus.

It was a monumental tomb for Gaius Julius Celsus Polemaeanus - the governor of the province of Asia and a great lover of books.

The construction of the building began in 110 AD. The library was donated by his son - Julius Aquila Polemaeanus, who spent 25 000 denars for this purpose. The construction was latere finished by his descendants in 135 AD. 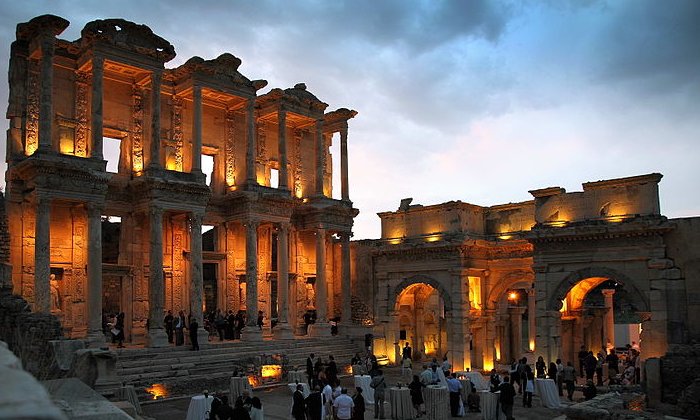 Resting on a nine-stepped podium 21m in length, the impressive surviving facade is richly decorated with relief carvings and has two stories - each with three pairs of columns capped with Corinthian capitals.

Celsus himself was entombed beneath the ground floor of the library in a lead coffin encased in a decorated marble sarcophagus. Across the entrance, there was a statue of Athena, the goddess of wisdom. The library stored more than 12,000 scrolls and it was the third richest library in ancient times after the Alexandra and Pergamum.

The library was a fascinating place with countless valuable literary works, and so was Ephesus, which is dated back to 2000 years BC. The city's long history includes the capture of Ephesus by the Kimmers (Cimmerians) in the 7th century BC, by the Lydians in 560, and later in 546 BC by the Persians, and their domination until Alexander the Great defeated the Persians in 334 BC. 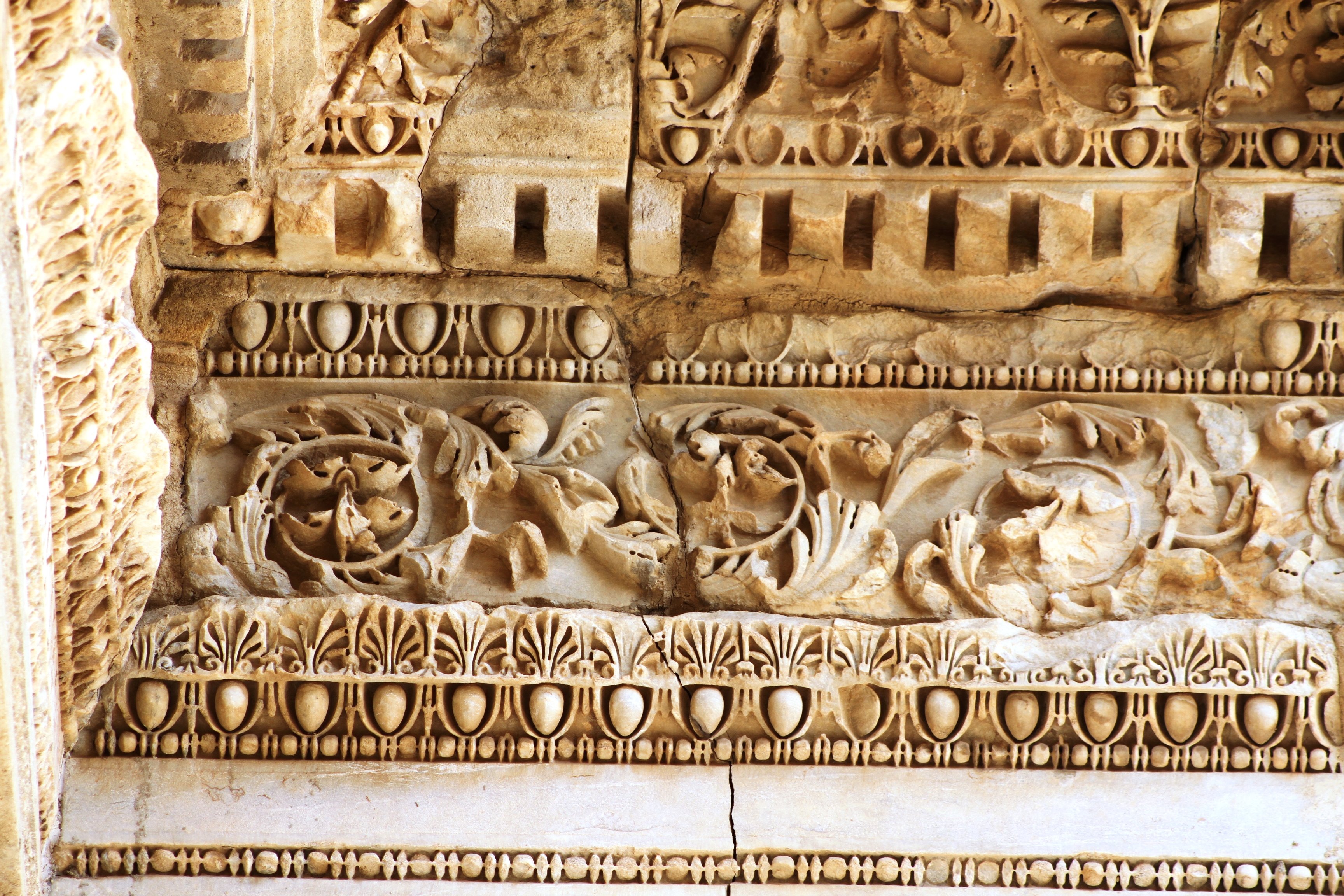 In the Celsus Library, the scrolls of the manuscripts were kept in cupboards in niches on the walls. There were double walls behind the bookcases to prevent them from the extremes of temperature and humidity.

The facade of the library has two stories, with Corinthian-style columns on the ground floor and three entrances to the building, flanked by four statues set back in niches.

The builders used an optical trick in that the columns at the sides of the facade are shorter than those at the center, giving the illusion of the building being greater in size.

Today the statues in the niches of the columns are copies of the originals. The interior of the library and all its books were destroyed by fire in the devastating earthquake that struck the city in 262. Only the facade survived. About 400 AD, the library was used for other purposes. The facade was completely destroyed by a later earthquake, probably in the late Byzantine period.

The statues symbolize wisdom (Sophia), knowledge (Episteme), intelligence (Ennoia), and valor (Arete) -  the virtues of Celsus. The library was restored with the aid of the Austrian Archaeological Institute and the originals of the statues were taken to Ephesus Museum in Vienna in 1910.